« Why Medical Microbiology Is Not Like Stamp Collecting | Main | TWiM #46: Spore! »

The Annotated and Illustrated Double Helix. By James Watson. Edited by A. Gann and J. Witkowski. Simon and Schuster, 2012. 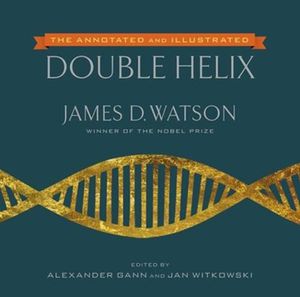 This reissuing of The Double Helix, now adorned with umpteen photographs, reprints of first pages of articles, personal letters (some in scrawled—illegible—handwriting), sketches, etc., is not your usual reprint, but I hasten to say that it does make sense. The added material fleshes out the events of that time, with collected accouterments that appeal to both the eye and the mind. Some are purely illustrative (e. g., a photo of the Idlewild Airport observation deck in the late 1940s or a heavy foggy November night in London in the 1950s) and could be considered superfluous, but most are OK, or even better than that. 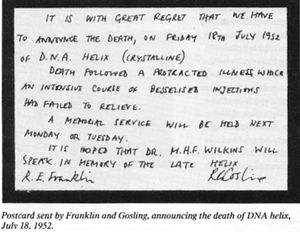 Despite later claiming that they had thrown out many early documents, the key participants in the early days of research on the structure of DNA had obvious pack rat tendencies as they saved a lot of now precious stuff ranging from letters to doodles on napkins. And a good thing that is. These informal documents often provide us insights into the turbulent goings on of those days—events that appeared especially turbulent when reading Watson’s original 1968 edition. Do you wonder what really went on? Did W&C embezzle Rosalind Franklin’s X-ray image? Did they make sure that she did not get proper credit? Did their Nobel-prize fixation lead to inappropriate actions? The details assembled here provide clues for the merely curious and the absorbed scholar alike. 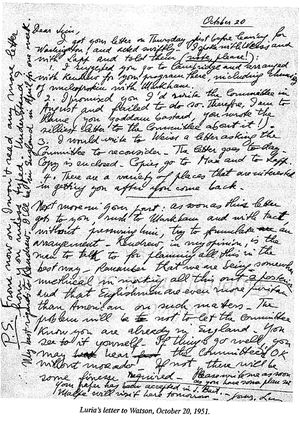 I would single out a few items for special mention: Not new, as it appeared in the first edition, is Bragg’s foreword. Read the third paragraph carefully as it clearly posit issues regarding scientific credit. More specifically, on p. 179 you find a synopsis of Franklin’s skepticism of the double helix, including her funereal card announcing the “death of the DNA helix.” And on p. 182 is  Ray Gosling’s account of how she gave her crucial photo to Wilkins. There are several appendices, also quite valuable, including several reviews of the original Double Helix, copies of the handwritten letters by Crick (to his son Michael) and Watson (to Max Delbruck) first describing their discovery, and a wonderfully literary but extraordinarily choleric review by Edwin Chargaff. But Chargaff wasn't the only one to use blunt speech. Salvador Luria, Watson’s Ph.D. mentor, wrote to him in connection with a fellowship that Watson wanted: “You goddam bastard, you wrote the silliest letter to the committee…”

So you see, this revision merits seeing the light of day. It brings to life the early stages in the development of modern Biology. If you liked Double Helix, you will love “Son of Double Helix.”