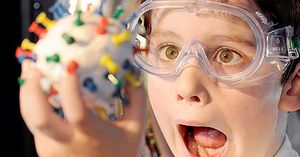 I started teaching microbiology to medical students in 1958, at a time when biomedical science was in its full ascendancy. Grant money was there practically for the asking, jobs were plentiful, universities and their medical schools were frenetically building up their science base. Not entirely surprising, the general feeling of young Ph.D.’s such as myself in basic sciences departments was that we were doing the medical students a favor by stooping to teach them. Maybe I exaggerate, but not by much. We had a long ways to go. 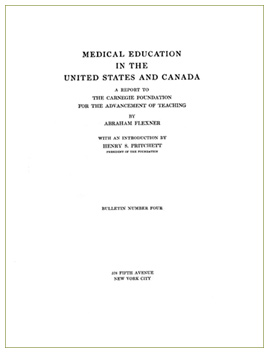 For decades, medical education had been driven by an influential study known as the 1910 Flexner Report. In general terms, the report declared that medical education must become seriously science-based in order for the practice of Medicine to emerge from its dark ages. This was most laudable and enormously valuable, but in time the idea became subverted by the notion that the more science one could cram down the students throats, the better. At times, this reached levels of utter mindlessness. A friend told me that in the early 50s, when he was a medical student at Harvard, a biochemistry professor wrote the amino acid sequence of insulin on the board, it having been recently determined.  He turned to the class and said: “Memorize this. It’s important.” I was no better. I remember giving a whole lecture on the synthesis of purines and pyrimidines, not the least bit concerned that it wasn’t exactly relevant to the course and, worse, that they’d already had the same stuff in their biochemistry course. This all sounds mad, but it perhaps reflected the tenor of the times: the underlying problem was that knowledge of microbial pathogenic mechanisms was quite thin. Medical microbiology was just beginning its gradual ascent, carried along by the revolution that swept through all Biology. But in those early days, pitifully little was known about the scientific basis of infections. We had many bits of information but few concepts. So we mistook mere facts for science. Again, I exaggerate, but you get the idea.

Then the 60s happened. The social revolution of the time spilled over into the medical classroom. I remember being interrupted in the middle of a lecture by a student asking me to please tell him why what I was talking about was important to the class.  With a gulp, I realized that the question was entirely appropriate and that we better pay attention to address such concerns. Appropriately, we, just like the rest of the world of medical education, proceeded to do just that. Things changed fast and for the better. To jump to today, I understand that most, perhaps all, medical microbiology courses incorporate discussion of clinical cases. Now, I will presume to tell you why this is important. To do that, I have to recount my experiences in writing a microbiology textbook for medical students.

The amino acid sequence of insulin. Must memorize! Source.

It began some thirty years ago. At the time, I had never written anything microbiological other than scientific papers and a few reviews. Unexpectedly, I got a request from the New England Journal of Medicine to review two new medical microbiology textbooks. I didn't think it smart to turn down such an offer and I tried my best to come up with a fair and informative review. In brief, I found that, although these books were quite authoritative and extensive in their coverage, something was wrong with them. What seemed wrong was that they dealt with the material mainly in a factual and non-conceptual way. They tossed in too many facts—an approach that I considered uninteresting and counterproductive.  But at the time, this approach seemed inevitable.

Here is the problem: the number of agents of common infectious diseases is enormous. The impulse is to expose medical students to a multitude of them, being that so many are relevant to medical practice. Selecting the ones that they will most frequently encounter and that cause serious disease does limit their number, but even then a formidable list remains. The books I reviewed did little to confront the situation. The agents of infectious disease might just as well have been listed alphabetically, an order that hardly makes for excitement. So, although I tried to be generous in my reviews I focused on this problem. What ensued upon publication was a bunch of phone calls from various publishers asking me to write a textbook that would be to my liking. I answered that I had no idea how to do it. So the matter rested until Davis Schlesinger, then a microbiologist I much admired, called me. I don't quite remember what bug bit him, but he insisted that we write a new textbook together. As an enticement, he said that we could recruit a major figure in the infectious disease field, Gerry Medoff, whom I also knew and admired.

Now we came face to face with the problems inherent in creating a new sort of textbook. How could we come up with a new approach? Could we in fact use a different strategy, perhaps one that rested on some unifying principles?  Fortunately, I recalled my experience with a famous summer course taught at Pacific Grove, California, by the master of all microbiology teaching, Cornelis Van Niel. This celebrated course left a mark on all who took it, myself included. How did Van Niel go about dealing with a huge amount of information? Never mind that his concern was for was environmental rather than medical microbiology. The problem is the same. Van Niel was confronted with the huge number of metabolic strategies used by innumerable bacteria in myriads of environments. The Van Niel solution was to find a common theme and to use it as the central hub from which the individual mechanisms radiated. Indeed, he saw that all of these strategies had something in common, in his case, energy acquisition and redox reactions. Each story now became a variation on a common theme. This worked for Bach and it worked for Van Niel. In this way, Van Niel created an intellectual scaffold on which to hang specific facts. The beauty of this is that it gives students a framework that they can use again and again. When new facts come along, they are not isolated tidbits to be memorized, but rather each adds another interrelated piece to the student’s general picture. So, how to apply this to the teaching of medical microbiology? (By the way, Van Niel was educated at times so dominated by this field that he had become allergic to all things clinical. The incubators his lab were set to all sorts of temperatures, but none to 37 °C because that was medical!) 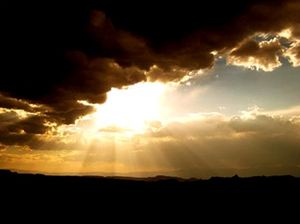 What we came up with was a pretty simple scheme. In the first place, we realized that the focus should not be on the disease agent but on the relevant phenomenon, the disease itself. So, we agreed that each chapter should start with a clinical case, briefly described.  I honestly don't recall if we came by this idea on our own or if it was already widespread. The next question to pose would be: what do all of these diseases have in common? Nothing mysterious here: all infectious agents, be they of humans, elephants, trees, or even other microbes, carry out the same general steps: the parasite and must encounter the host, enter the host, multiply despite the host’s defenses, and cause damage. Of course we didn't invent this, far from it, but we did use this scheme as the guiding principle, both in writing the textbook and in our teaching. In both instances, we briefly presented a clinical case, then asked a series of question related to the case, all of which concerning how this particular agent went about being a successful pathogen.

Not only did this make sense pedagogically, but also the medical students readily accepted it. No longer did they clamor for “relevance,” a dirty word to us in the old days. And they seemed to learn in a more active mode, one conducive to greater retention, and—do I dare suppose—intellectual pleasure? I like to think that students who had been so “brainwashed” would be better able to cope with new information when facing a patient with a disease they had not seen before. I emphasize that this does not just cater to the medical students desire to learn about matters clinical—it makes sense regardless.  Now let’s be clear that about that time, other teachers of medical microbiology implemented similar tactics in their own courses. ”Case-based teaching” became readily and widely accepted and, by now, it seems to reign supreme.

But now, a cautionary note. Although I am now observing these matters from a distance, I do worry that the old problem may be resurfacing in a new guise. The allure of the fascinating mechanisms of pathogenesis that have been uncovered is so strong that it may tempt one to teach as many of them as possible. This would be an error, in my opinion, because it would merely replace a parade of facts with a parade of mechanisms. Instead, it seems more reasonable to deal with the grand unifying themes, such as the appropriation of host functions by pathogens, communication between infectious agents and hosts, or the role of the microbiome. Again, they would serve to construct an intellectual scaffold of their own.

Matters stand on a firmer footing than ever before. These are indeed exciting times and I envy the medical students who attend some of the current-day classes. How much more satisfying to have a framework for learning a lot of material rather than just having to memorize a bunch of isolated facts!  By the way, I have nothing against stamp collecting. It just that it’s different.