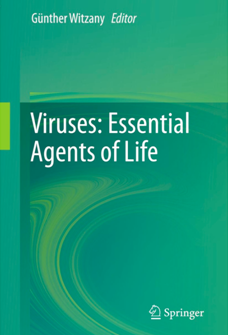 Virology was born in 1898, and has suffered from sampling bias ever since. For decades, viruses were defined by what they were not: not as big as a bacterium, not visible with a microscope, not culturable in the absence of a host. At the dawn of the 20th century, undiscovered viruses and aspiring Hollywood starlets had the same challenge—how to catch someone’s attention. Thus, the first viruses known to science were those causing very obvious phenotypes in clinically or agriculturally important hosts: yellow fever in humans, mosaic disease in tobacco, foot-and-mouth disease in livestock. The acid-test was the ability to pass through the pores of a Chamberland or Berkefeld filter; the viruses that were easiest to find were those that produce infectious cell-free virions—another source of discovery bias. And, in the days before cell culture, the easiest of those to study were the ones that induced rapid and obvious pathogenesis in a conveniently available host organism. By mid-20th century, technology fostered the move to reductionist experimentation, including electron microscopy, X-ray crystallography, cell-culture and, of course, recombinant DNA technology. Virologists moved into laboratories, and the model systems they chose to bring with them were often those already in place, proven to be tractable and considered relevant by funding agencies. Today you can peruse any virology textbook and get the impression that less than two dozen viruses represent the entirety of Earth’s virosphere.

Viruses: Essential Agents of Life (2012, Springer), edited by Günter Witzany, is a great way to kick off the next 100 years of virology, with nary a reductionist thought to be found within its 427 pages. This is not a compendium of review articles, and students seeking answers to arcane questions posed by aloof professors will be frustrated if they think they will find those answers here. What they will find, in abundance, are thought-provoking ideas of the “big-picture” variety (with a bit of controversy and philosophical debate thrown in for good measure). Most importantly, readers will find many exciting reasons to be a virologist (amateur or professional) at the dawn of the 21st century.

We’ve learned a lot about how viruses work since 1898, and now, as virology enters its second century, virologists are increasingly curious about viruses in nature. The sheer abundance of viruses on Planet Earth is starting to sink in, and questions abound: how do viruses evolve in nature, in populations, and in out-bred hosts occupying all extremes and all possible environmental niches? Were viruses present during the origins of life, and if so, what role did they play? Given the immensity of the virosphere, it is not a question of if but how viruses have driven organismal evolution since the days of LUCA. Viruses are everywhere and in abundance, and the time has come to sit up and take notice. Viruses: Essential Agents of Life helps point the way.

The topics discussed range widely across virology, with chapters on the roles of viruses in forming new genes; giant viruses; plant viruses; spillover infections; viruses and the origins of life; eye-popping calculations of the size and scope of the virosphere; separate chapters on retroviruses in the process of invading the germlines of sheep and koalas; and the potential for virus structure to assist with reconstructing deep evolutionary connections between viruses (including viruses hailing from the three different domains of life). There is a quartet of chapters inspired by the recent discovery of giant viruses (e.g., Mimivirus), each exploring a different theme, at times even disagreeing with one another. Jean-Michel Claverie and Chantal Abergel revisit an earlier era of virus-inspired philosophy, carefully reconsidering Andre Lwoff’s concept of the virus point-by-point in light of Mimivirus and its cousins.

A recurring theme in the book is the notion that viruses are more than parasites engaged in cyclical predator-prey relationships with their hosts. Marilyn Roossinck suggests that the focus on viruses as agents of disease has led to a bias in our understanding of viruses in nature, that we ignore “the probability that viruses may play important roles in the ecology of their hosts [italics are mine].” She points to the generationally-stable, persistent endornaviruses of plants as a likely source of symbioses, and further suggests that such relationships will largely be overlooked if we focus only on model organisms in experimental settings—in other words, viruses may take on unexpected roles within the ecosystems of their hosts.

Luis Villareal, one of the most consistently thought-provoking virologist-writers I know, also urges us to reconsider our notion of virus-host relationships, arguing for example, that endemic infection itself may be a selectable phenotype of the host population, and suggesting that studying any organism in the absence of its viruses is misleading: “Indeed … it is the products of viruses (such as transposases or capsids) that are the most prevalent genes in nature … the implications of the massive omnipresence can no longer be ignored.” 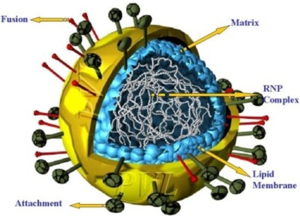 Among my favorite contributions is a chapter on bat viruses, ecological change and spillover infections, contributed by Harald Brüssow. Brüssow uses top-notch storytelling and a hint of autobiography to create a lively essay in the time-honored tradition of Montaigne. He retells several “detective stories”, tracking outbreaks of Hendra virus, Nipah virus, Ebola virus and the SARS coronavirus, among others, and relating these to the opportunities for cross-species transmissions created by ecological change. Importantly, and in keeping with the theme of the book, Brüssow engages in provocative speculation about the advantages these viruses may supply to their natural chiropteran hosts whenever other organisms invade their space (precisely the situation created by human incursions into bat territory).

Some readers will read this book from front to back. Others, like me, are likely to jump around like excited children in a toy store. For the latter, I recommend beginning with the aptly named “Scratching the Surface of Biology’s Dark Matter”, by Merry Youle, Matthew Haynes and Forest Rohwer. You can’t tell the players without a program, and as it turns out, there are a lot of players—as in “1” followed by a few dozen zeros. Even if the estimates of global viral abundance and diversity presented by Youle, Haynes and Rohwer are off by several orders of magnitude, they are still several orders of magnitude beyond human comprehension! More important than the accuracy of these numbers, however, is the inescapable fact that viruses are major purveyors of genetic novelty—the primary theme of the chapter. Anyone who is worried that there is nothing new under the sun should start here.

Sins of omission will occur to some readers. The lack of a chapter on the incipient field of paleovirology is a glaring one, in my opinion. In particular, the recent discovery that all kinds of viruses (not just retroviruses) leave molecular “fossils” deposited in the genomic strata of their hosts would have fit nicely in this book, extending the study of viral diversity to embrace the temporal dimension, calling into question common assumptions used to infer history with phylogenetic methods, and informing our understanding of how viruses influence the evolution of living organisms.

Viruses: Essential Agents of Life was not edited for consistency of style, which, no doubt, would have been a difficult task given almost fifty authors and co-authors writing from at least nine countries! Chapters range from nine to thirty-eight pages in length, with very little attention paid to spelling, grammar or syntax.  All of this makes reading the book from beginning to end a bit rough going, and for some, this may be off-putting. Hopefully, most readers will stick with it, because every single chapter is rich in ideas. And for me, the rough edges had the pleasant effect of evoking the vernacular of conversation (rather than the authoritative, passive voice behind which scientists when writing typically hide).  Reading this book was like eavesdropping on a heated conversation among the authors, as if I’d dropped into an intercontinental pub for a pint and an evening of impassioned, free-ranging debate about viruses and the meaning of life.

Note:  If you have access to e-journals and similar materials, you may be able to download the entire book in PDF format from Springer here.

Welkin Johnson is on the faculty of Boston College and an associate blogger of Small Things Considered.