A Good Defense Is Worth Stealing 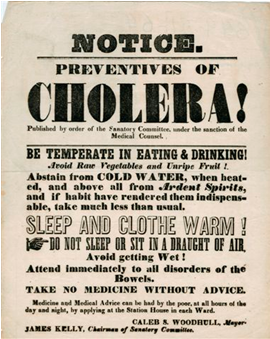 One widely-used tactic for defense against phage and other mobile genetic elements is to deploy a CRISPR-Cas system (click here and here) to recognize and chop them into pieces. Based on sequenced genomes, 60% of Bacteria and 90% of Archaea have the wherewithal to dispatch invaders this way. But phages also have to protect themselves against enemies, including other mobile elements. Knowing a good thing when they see it—and they have seen it from the receiving end often—some phages have stolen the entire CRISPR-Cas structure and use it to inactivate genetic elements that would interfere with their replication.

What sorts of genetic elements challenge phage supremacy? Some bacteria harbor chromosomal islands that, like prophages, excise and replicate when induced by cellular stress or damage. When phage infection is what triggers the activation, the island is classified as a PICI, a phage-inducible chromosomal island. The ungrateful PICI sometimes then proceeds to interfere with phage replication. One subset of these PICIs includes the SaPIs, Staphylococcus aureus pathogenicity islands, that I introduced here and wrote more about here.

Researchers observed that a PICI-like element (PLE) in Vibrio cholerae is activated by infection by a vibriophage (ICP1, here called simply the phage). PLE then blocks phage replication by some unknown mechanism. But this phage fights back with its own CRISPR-Cas system. Although CRISPR loci and Cas genes had been detected earlier in phage genomes and metagenomes, this paper is the first to document phage survival courtesy of a fully functional, phage-encoded CRISPR-Cas apparatus. For an introduction to CRISPRs, I again refer you to my earlier posts here and here. Briefly, a functioning bacterial CRISPR locus contains short sequences (spacers) that were acquired from the DNA of some invading genetic element, usually a phage or a plasmid. The RNA transcripts from the CRISPR region are processed into short CRISPR-RNAs, one per spacer. Each CRISPR-RNA recognizes the invader from which the spacer came and targets it for destruction by the Cas nucleases. With this vibriophage, it is the phage “invader” that carries the CRISPR and uses it to attack a mobile element resident in the host chromosome. 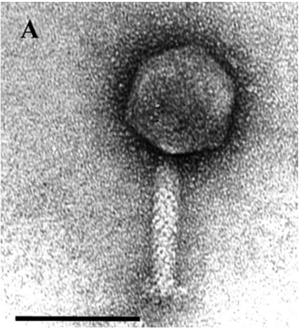 The CRISPR locus of the vibriophage investigated here has two spacers that are identical to different regions within the PLE element in the host chromosome. Either one of those spacers is sufficient to protect the phage. However, if the perfect match between that spacer and the PLE is disrupted by mutations in either sequence, the PLE wins and the phage cannot replicate. But there is an adaptive dimension to CRISPR-Cas systems in Bacteria and Archaea. When challenged by a new invader, one never encountered before, these organisms acquire a new spacer from that element, add it to their existing CRISPR locus, and then use it to defend against that same invader. Is this phage as adept? Further experiments demonstrated that this vibriophage can indeed acquire new spacers when needed. The proof? I wrote above that phage without a PLE-matching spacer could not replicate in a host carrying the PLE, but in actuality a few “phage escape mutants” can (efficiency of plaquing could be as high as 3.5 × 10–5). When ten such escapees were sequenced, all ten had a new spacer added to their CRISPR locus, a spacer targeting the PLE.

In some parts of the world, these V. cholerae phage are a recognized ally, helping to control cholera outbreaks as they go about their daily routine of slaughtering bacteria. From our point of view, the PLE is a villain in cahoots with its V. cholerae host, providing its host with immunity against phage infection. Enlisting these vibriophages in our defense might help prevent cholera. With billions of years experience, the ingenious phages are a seemingly endless source of strategies that are, in turn, worth stealing.