I had a conversation with some colleagues last week about “personalized medicine,” which has been transformed now into the term “precision medicine.” The conversation revolved around what to do about the perceived effects of antibiotic treatment on the microbiota of individuals. How does one treat a patient without disrupting their microbiota? Do we create new classes of antimicrobials that target only a precise pathogen? I opined that I thought the day was coming when all individuals might have the microbiota from each anatomic site preserved so that it could be reconstituted after some catastrophic disruption caused by antimicrobial therapy for an infection, transplantation, surgery etc. The topic of fecal transplantation and how successful it has been for the treatment of intractable Clostridium difficle infection then came up. Would fecal reconstitution really work?

I answered truthfully that I did not know, but my experience many years ago led me to believe it would. One of the people in this conversation, John Mekalanos, no stranger to stools, asked when I participated in a fecal transplantation study. It occurs to me that my experience in this study it might be of interest, or at least titillate, those who read this blog.

I was a 23-year-old medical technologist (MT, ASCP) in 1957 working as a journeyman bacteriologist in several clinical laboratories in Rhode Island and Massachusetts. It was a time when the Staphylococcus aureus 80/81 phage type was raising a specter of uncontrolled hospital infections. It was a time when large doses of antibiotics were administered to patients pre-operatively and continued until they were discharged some days later. Many of these patients reported to their physicians that they suffered from diarrhea, flatulence, indigestion and generally felt terrible after their surgery, though the operation was deemed a success. This was before anyone knew about C. difficle, of course, but antibiotic-associated diarrhea was known even in those days. One of the internists I knew well came to talk with me. I should point out that in the late 1950s many (most) of the physicians were frequent visitors to the bacteriology laboratory because they wanted to look at the Gram stains and the cultures obtained from their patients. The physician in question, who I will simply call Dr. S, thought after examining and talking to patients who had not “felt right” after their surgery had suffered from the aftereffects of the antibiotics that had been given them to sterilize their bowel flora before surgery. The feces of many of these patients would yield no growth on blood agar plates and MacConkey agar for days after their surgery. (We didn’t do anaerobic cultures in those days though). The stools were even odorless. Few stools can make that claim. S thought that their normal flora had been disrupted by the antibiotics. ‘Healthy bowels, and regularity made a happy patient”, he said. 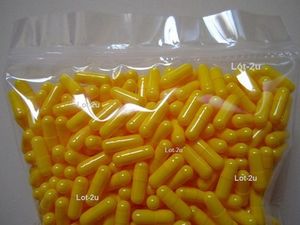 Dr S thought it would be prudent to ask patients to bring in a stool specimen when they came to the hospital for their surgery. He said to me, “Now, Stan, how do we get it back into them?” We decided that gelatin capsules from the pharmacy might do the trick. The pharmacies at that time still made a good deal of their own formulary. We set up a protocol. Stools were obtained from the patients immediately after admission. I would transfer the stool as quickly as possible into 12 large gelatin capsules,. This was a messy and not a precise or enthusiastic process on my part. I would wash the capsules in water and rinse in a dilute solution of mercuric chloride to disinfect the outer surface of the capsule, and then the capsules were rinsed again and put in a small ice cream carton and put in the refrigerator labeled only with the patient’s initials.

Upon discharge, Dr. S and one other physician who became a convert to this “protocol” would obtain the capsules from me. They would tell the patient to keep them refrigerated, to take 2 twice a day until they were all consumed. At least Dr. S told them, “Eat lots of salad.” This uncontrolled trial continued for some months, and, according to the anecdotal reports of Dr. S and his colleague Dr. B was quite successful in comparison to the patients of other physicians who did not have the benefit of the autogenous fecal sandwich. I don’t recall that we ever thought about the ethics of this. It was a time before informed consent. I’m pretty sure, however, that the esthetics of this practice was understood and that the patients in question never knew the contents of the capsules they ingested.

The chief hospital administrator discovered what was up. He confronted me and exclaimed, “Falkow, is it true you’ve been feeding the patients s**t!” He used the Anglo-Saxon phrase for feces. I responded: Yes I had been a participant in a clinical study that involved the patients ingesting their own feces. You’re fired! was the reply, although Dr. S came to my rescue. I was rehired two days later. Thus, the “experiment” came to an abrupt end. I left in June, 1958 to study for my PhD with C. A. Stuart and Seymour Lederberg at Brown University.

Now I am not going to claim that I knew that feeding patients their own feces after intense antibiotic therapy would be beneficial. Dr. S was sure it was the case based on his years of clinical experience. I understood the point that the indigenous flora was important. I had examined hundreds of stool specimens from sick and well people for too long. I routinely Gram-stained fecal samples and examined them in a wet mount. I didn’t have deep sequencing but I could discern differences in the flora of individuals. One fecal flora did not reflect all. I understood this even better after I met Rene Dubos and Russell Schaedler at the Armed Forces Epidemiology Board in the early 1960s and even more when I read the wonderful book by Theodor Rosebury, Life on Man.

My experience presaged the current excitement and exciting information that has deluged us in the past few years about the wonders of the human microbiota. The understanding and the appreciation for the sanctity of the “normal flora,” however, is not a new thing. Fecal transplants, of a sort, were practiced some 50 years ago because of the recognized untoward effects of antibiotic therapy. Mekalanos after hearing this story said: It once was "Eat s**t and die!" Maybe now it will be "Eat s**t and live!”

This experience also reminds me of something I have learned over the years. Experiences that occur during experiments or facts learned in a seminar or read in a paper have a way of reappearing, often decades later, with new meaning.

Hypromellose capsules, Hpmc caps or Hpmc capsules has been widely used in the food, dietary supplement and pharmaceutical industries; it is permitted as a food additive.