We continue our semi-annual ritual and post this quick tour of our blog posts published since December, 2012. 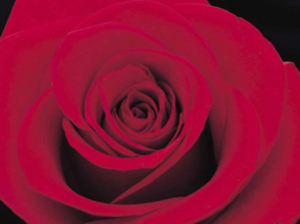 Our new section dealing with “pictures that made a difference but may be nearly forgotten by now” seems to be off to a good start. Please send us suggestions of pictures you think should be considered.

#2. The E. coli Chromosome Caught in the Act of Replicating. One radioautograph suffices to show that the E. coli chromosome is circular.

#3. How Do You Know There Is a Nucleoid? Nucleoids are visualized in living E. coli cells by using the simple optical trick of increasing the refractive index of the medium.

#4. Koch’s Development of Early InstaGram Positive Photography. Associate blogger Daniel unearths one of the earliest photomicrographs of bacteria, taken by none other than Robert Koch.

#5. The Birth of the FtsZ Ring. Using gold-labeled antibodies, FtsZ, the mother of bacterial cytoskeletal proteins, was found to localize at the septum of E. coli during cell division. 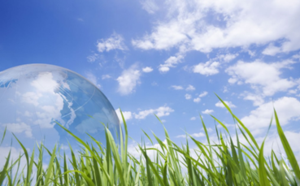 Terraforming Mars With Microbes. Graduate student Ben Auch thinks beyond the confines of this planet about what it would take to introduce life to Mars.

Little Known Glomalin, a Key Protein in Soils. A third of the nitrogen in soils is contained in a tough protein made by mycorrhizal fungi that helps bind soil particles to make soil more productive.

Whose Planet Is It Anyway? Elio comments on the epic manifesto by McFall-Ngai and collaborators on the importance of the relationship of animals and microbes—truly an imperative.

A Day in the Life: Eavesdropping on Marine Picoplankton. There is nothing like studying bacteria in their natural habitat, is there? Freelance science writer Heather Maugham tells us about a talented robot called ESP that measures cycles of gene expression in microbes in the oceans, autotrophs and heterotrophs alike.

Who Would Have Thought? One Hundred Million Year Old Polyamines. Tough is tough as molecules go, but sticking around through vast geological time is still pretty amazing.

Domestic Just for the Sake of it – The Evolution of a Fungus with Good Taste. Fungal domestication can lead to fine-tasting foods. Associate blogger Daniel relates how applying positive selection resulted in better sake-making fungus strains. 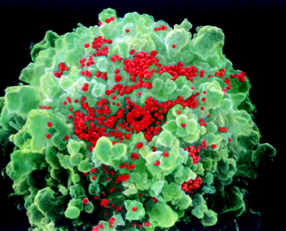 Stuck in Phage Heaven: Heaven, for a phage, is an environment with abundant potential hosts, such as bacteria-rich mucus. Merry relates that some phages have evolved to adhere to mucus, and that while hunting therein they protect the underlying mucus-producing epithelium from bacterial infection.

A Good Defense Is Worth Stealing: Phages are a prime target for the bacterial CRISPR defense system. Merry cheers as a phage co-opts the CRISPR mechanism and uses it to defend itself against another mobile genetic element.

When a Good Peptide Deformylase Gets Better: Merry adds yet another chapter to the ongoing story of how cyanophages maintain and exploit the photosynthetic machinery of their cyanobacterial hosts.

Biting the Hand That Clothes You: Merry shares a new word in her vocabulary, kleptoparasitism, as it applies to the theft of capsid proteins. This is one of the dirty tricks used in the war between competing S. aureus mobile pathogenicity islands.

Book Review: Viruses: Essential Agents of Life. Associate blogger Welkin reviews a fine book that awards viruses the sort of attention they deserve. Reading this may convince you that, indeed, "studying any organism in the absence of its viruses is misleading."

Oddly Microbial: Prions. Marcia Stone, a prominent science writer and contributor to this blog, discusses the possible roles of these challenging entities in Alzheimer’s, cancers, and other human tsuris. 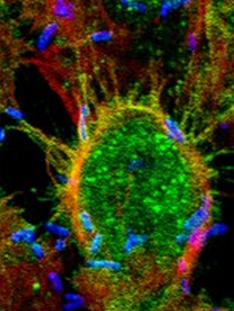 Tit-for-Tat: A Bacterial Counterattack System. Graduate students Spencer Scott and John De Friel explain the intricacies of that marvelous mechanism that bacteria use for defense and communication, the Type VI Secretion System.

Fecal Transplants in the “Good Old Days.” Stanley Falkow, the originator of molecular pathogenesis, shares with us his early experience using feces-filled gelatin capsules to improve the lives of patients. Simple and effective. Just wear gloves!

No Bacterium Is An Island. Associate blogger Marvin explains how Pseudomonas aeruginosa senses the number its neighbors (a quorum) and uses the information to decide when to make virulence factors or inhibitors of Gram-positive bacteria.

Microbes or Not, Parasites All. Worms may not be microbes—far from it—but because they share with bacteria and protozoa the ability to cause infection, all three are often discussed together when teaching. And well they should be, as they share common aspects of pathogenesis. Just a reminder…

Putting Redundancy to Work. Graduate student Katrina Nguyen discusses IMAD, a clever way to reveal host-parasite interaction by partly depleting both a function of the host and of the microbe. This uncovers, among other things, redundancies in virulence factors.

A Passing Thought. Elio has fun with a legendary though fictional turd-sectioning character in the Robertson Davis novel, Fallen Angels.

A Whiff of Taxonomy – The Phylum Elusimicrobia. In a continuing attempt to bring taxonomy to the table, Elio tackles an elusive group of nearly ubiquitous “ultramicrobes.” 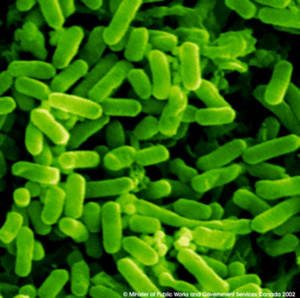 The Art of Microbial Alchemy. Associate blogger Gemma discusses how to make gold nuggets using Cupriavidus metallidurans, a bacterium that reduces gold to an insoluble form and doesn’t find this metal all that toxic. This may beat digging for it!

Holey Biofilm! Bacterial biofilms are not homogenous structures (not that you thought so). Associate blogger Gemma explores their landscape of tunnels and holes, identifying the motile bacteria responsible for their construction. While this tactic may help their own community obtain nutrients, it can also destroy biofilms of other bacteria by spreading noxious chemicals.

Bdellovibrio’s Appetite for Metabolites. Expert bdellovibriologist Henry Williams discusses how these predators benefit from choosing prey that make specific compounds, in this case polyhydroxyalkanoates. Not only are the strategies of predators not always simple but they embody unexpected complexities.

A PomZ Scheme For Turning One Cell Into Two. Bacterial cell division maven Bill Margolin discusses the central question in the field: how does the ring-making FtsZ protein find the cell center? A positive spatial regulator, PomZ, is part of the protein cabal involved, although just how all this works remains elusive.

Bacterial Antidepressants: Avoiding Stationary Phase Stress. As some bacteria grow to high densities, their metabolism raises the pH, which causes their acute discomfort (death). They counteract the rise in pH by making oxalate, a response under the control of quorum sensing. This is neatly explained by associate blogger Marvin.

The Gram Stain: Its Persistence and Its Quirks. Ah, if it were all simple: Gram-positives have a thick peptidoglycan cell wall, Gram-negatives have two membranes. The exceptions test the rule, or, rather, undo it, especially for environmental species.

Living Wires of the Ocean Floor. Associate blogger Gemma turns our attention to the bottom of the sea where bacteria act as long electric cables. They shuttle electrons from the depths, where they are released by hydrogen sulfide oxidation, to upper layers where oxygen can gobble them up. 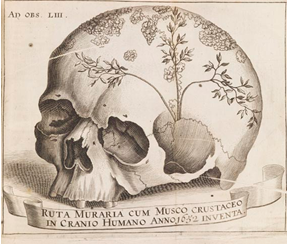 Short Courses for Long-Term Learning. Experienced microbiology teacher Phoebe Lostroh shares her experience of teaching science courses one at a time, each one studied intensively over a 3.5 week period. What the students lose in variety is more than balanced by what they gain from greater focus on a subject matter.

A Tale of Centenarians. Claudio Schazzocchio relates the tale of the oldest Nobel Prize winner ever and Italian senator-for-life, Rita Levi-Montalcini, and her fellow centenarians’ path to the discovery of the nerve growth factor.

The Gender Bias of Science Faculty. A milestone paper on this subject by Jo Handelsman and colleagues is discussed by Victor Racaniello of TWiV, TWiM, and TWiP fame.

Feynman Said “Just Look At The Thing!” Physicist Richard Feynman told us how to solve biological questions: “Just look at the thing!” In Talmudic Question #67, Elio wondered what one would choose to look at first given such a “Feynman supermicroscope” and what one might see. Chemist and biologist Jan Spitzer responds with his own insights.

Teaching Students To See Through “Microbial Eyes." Famed teacher and passionate microbial supremacist Mark Martin shares vignettes of what he heard when asking his microbiology students to comment on their previous microbiological illiteracy. A challenge to include microbes where they truly belong in the rest of the biology curriculum.