Using new advances in synthetic biology and our updated understanding of Martian geochemical conditions, we should be able to inoculate the planet Mars with specially designed extremophilic microbes in an attempt to start (or re-start) life on its surface. This could be the largest and most audacious scientific experiment ever undertaken, aimed at one of the greatest puzzles in biology: how does life evolve on a planet? In so doing, the microbial pioneers we launch could pave the way for future human colonization of Mars and beyond.

A Biosphere is Born 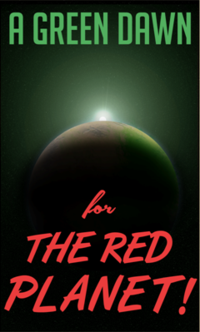 Four billion years ago the Earth was entirely hostile to the life we find on it today. Our home-to-be was harsh and unrecognizable, with high volcanic activity, asteroid impacts, 1000-foot tides, and a toxic, anaerobic atmosphere. But then something amazing and maybe unique happened: through some mechanism life appeared. No, it did more than that: it exploded, and it changed the planet forever. How this happened is far from clear. The first microbes may well have been chemoautotrophs, using widely available sulfur and iron as a substrate for growth. These early anaerobes were largely supplanted by the photosynthetic cyanobacteria, which released large amounts of toxic oxygen into the atmosphere, killing their predecessors and causing Earth’s longest ice age. When the dust settled, a new Earth was born, rich in oxygen and a protective ozone layer, and eventually permissive to the aptly named Cambrian explosion, the root of most eukaryotic domain of life. Said another way, the initial genesis of life was the spark that unlocked a vast array of biochemical reactions on a global scale, creating an environment and atmosphere capable of supporting the vast diversity of life we see, study, and even represent today. This was the evolution of a biosphere. 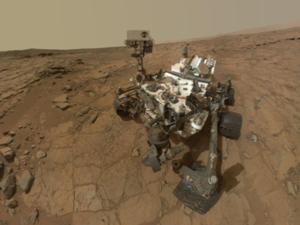 Fig. 2. A self-portrait of Curiosity on Mars. Source: NASA

Exactly how this extraordinary transformation proceeded, and whether it has occurred elsewhere in our universe, continues to puzzle us all, scientists and non-scientists alike. While the Earth’s biosphere remains a dynamic and fascinating system, we cannot go back to see it evolve. We rely instead on samples in deep rock layers and fossilized remains. To add more to our understanding of how a biosphere evolves, we might try moving beyond n=1. We could then ask: what do diverse biospheres have in common, and in what ways do they differ? NASA’s Kepler spacecraft has been searching the skies for exoplanets that might be capable of supporting life, and it has found over 100 of them. As many as 1 in 6 stars may harbor Earth-like planets. So perhaps the Earth isn’t so special. While many of these planets lie light-years (and many, many life-times) away, another potentially Earth-like planet is situated a mere 225 million km from us.

Was there, and is there now, life on Mars? Most of our scientific efforts on that planet have focused on these questions. Water is required for all life as we know it, and 2008’s Phoenix lander mission confirmed that water-ice is present on Mars, including in the Martian soil. The Mars Science Laboratory (Curiosity) has recently found evidence of liquid water flowing in very large quantities on an ancient Mars. In terms of direct evidence of life, however, we’ve come up short - the high UV irradiance and presence of oxidizing compounds may have destroyed all traces of surface life. Further robotic lander missions may bring us closer to an answer, but we may never know.

Instead of mere observation, perhaps we should shift our focus to experiments that use Mars as our “petri dish.” The idea of terraforming (making planets Earth-like) has long been on the minds of science as well as science fiction writers, the aim being to industrially induce planets to support human colonies. There may come a time when humanity desires (or is required) to expand beyond the boundaries of its own home.

What would it take to make Mars into a planet capable of supporting human life? Humanity hasn’t even sent a manned mission to Mars, or any planet beyond our gravity well. What can we do to move human colonization of Mars forward? What I discuss here is to approach terraforming by stimulating the evolution of a new biosphere: planetary ecopoiesis. 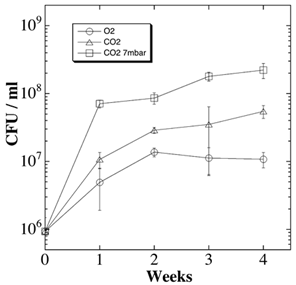 To bring life to a “dead” planet, we need a suitable seed and suitable terrain. What the lander missions have found is not encouraging to life. Although the life we humans know is unsuited to the Martian surface, I think we can address this challenge with the same tool that changed our own planet so dramatically billions of years ago: microbes. On Mars, an “inoculation” by a hardy collection of microbial species could begin the process of terraforming, improving the chances of growth for other types of life, much like a pioneer species in ecological succession. These microbial pioneers would face some hefty tasks: they must increase Mars’ atmospheric pressure and mean temperature, melt ice to create pools of liquid water, increase atmospheric greenhouse gases, and provide an atmospheric shield to UV radiation. And they must do this with what is available in situ on Mars. What would be the traits of this microbial pioneer? They would have to be highly cold tolerant, anaerobic, photoautotrophic, and UV-resistant, and able to use highly limited available substrates for growth. They would have to be able to grow on solid ice. We have examples of several candidates on Earth today, including cyanobacteria.

Chroococcidiopsis is a rock-dwelling cyanobacterium highly resistant to desiccation, hypersalinity, and temperature swings found in extremely arid environments. Carnobacterium spp. has recently been shown to grow in permafrost at very low atmospheric pressures and without oxygen. Methanogenic archaea combining carbon dioxide and hydrogen could be critical in promoting rapid greenhouse warming.  Many of these organisms function best as members of trophic and bioengineered consortia, so they should not be seeded in isolation.

Key advances in our understanding of Martian geochemistry, Earth-based bioprospecting, genomic sequencing, and synthetic biology make planetary ecopoesis on Mars thinkable at long last. In the next five years, we could make significant progress towards developing microbial pioneers for Mars. First, we must continue to gather data on the physicochemical conditions on Mars. Curiosity has enough power for at least 14 years of operation and has the most sophisticated suite of analytical tools ever sent to another planet. A companion mission is planned for 2020.

Second, we must further bioprospect our own planet for appropriate template organisms and identify candidates that may grow in the Martian environment. Sequencing and metagenomics are paving the way for cataloging the unique adaptations of extremophiles, and a search for microbial pioneers would add to a growing body of knowledge about microbial communities in extreme environments.

Third, we must develop the tools to genetically manipulate natural isolate organisms in order to modify them to fulfill the requirements of the parameters of the mission. Say what you will about the meaning of the term synthetic biology, but it’s clear that on the shoulders of micro, molecular, and systems biology, we are rapidly advancing our ability to modify microbes. Key to these advances has been the plummeting cost of DNA sequencing and, more recently, DNA synthesis. From parts, to modules, to systems, things are moving quickly. An important next step will be the construction of synthetic microbial consortia, key to this experiment. We can extend some of the natural abilities of our most extremophilic organisms by leveraging our new knowledge. In a sense, we can give evolution a head start. We can create rationally designed microbial consortia that are suited to living in the harsh Martian landscape, using Earth-based extremophiles as models and whose growth on a large scale could begin to tip Mars towards being supportive of less extremophilic life, such as our own. In addition to genetic changes for survival on Mars, other changes could enhance the ability of our consortium to adapt and evolve. Viruses could play a role in encouraging rearrangements of genetic information both within and between microbes, and enhanced conjugation could improve the ability of helpful mutations to propagate across the consortium. Additionally, we could send along equipment for DNA synthesis, allowing new adaptations discovered on Earth to be uploaded, synthesized, and transformed into the metagenome: genetic teleportation.

In drawing this to a close, I must leave many potential problems and pitfalls untouched, to say nothing of the ethics of seeding an entire planet with a synthetic microbial consortium. Who knows—maybe our own planet was seeded by a microbe hitching a ride on an asteroid! I can think of few experiments in the past or future as daring, and perhaps hubristic, as the creation of a new biosphere. This aside, I ask you: would it be so bad to have on hand a potential extension of our Earth-bound biological uniqueness? A handful of bugs could be our sojourners to the stars, microbial partners offering a new home and a peek back at our own origins. Maybe now isn’t the right time. We have so many problems on our own planet to take care of. But maybe, in a perhaps not unthinkable scenario, our terrestrial microbes would be our last message to the universe: amidst the collapse of our world, we load on a rocket our little bugs, bound for Mars or elsewhere to preserve for a while longer an extension of our existence. Alas, ad astra per aspera: a rough road leads to the stars. But maybe we can make it a little easier by relying on the unique talents of the microbes in our midst with whom we share this tiny dot.

Nicholson WL, Krivushin K, Gilichinsky D, & Schuerger AC (2013). Growth of Carnobacterium spp. from permafrost under low pressure, temperature, and anoxic atmosphere has implications for Earth microbes on Mars. Proceedings of the National Academy of Sciences of the United States of America, 110 (2), 666-71 PMID: 23267097