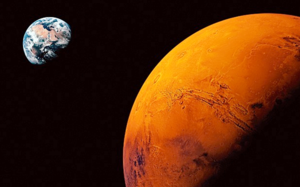 Figure 1. Understanding long-term microbial survival in ancient rocks on Earth could help us look for forms of life in other planets such as Mars. Source.

Our understanding of microbial life is greatly biased by our narrow focus on microbes as they grow in the laboratory. Yet, as discussed previously in this blog, microbes can persist in various dormant forms for extended periods of time. Sporulation (from the Greek “spora” or seed) is perhaps the best-known strategy for dormancy, a tactic used by some bacteria to transcend unfavorable conditions. When a brighter day dawns, the spores germinate and the lineage continues. (For more information about the mechanism and regulation of sporulation in the model bacterium Bacillus subtilis, check some earlier STC blogs here and here.) This is not the only ‘resting state’ that enables microbes to persist and then revive with the return of favorable conditions. Some bacteria, such as species of Azotobacter, form cysts to withstand hard times and also to facilitate their dispersal to new environments. Vegetative cells transition into cysts by thickening their cell wall, contracting their cytoplasm, inhibiting their motility, and slowing down their metabolism. Cysts and spores thus represent an example of convergent evolution in which disparate processes arise to serve a similar purpose: long-term survival in an adverse environment. This is a topic of interest to many scientific fields, most especially astrobiology. It raises the intriguing possibility that some planets that provided hospitable conditions for life in the past might still house persistent forms of microbial life. But, more specifically, what types of life forms would we predict these planets to harbor in their inhospitable depths?

Between a Rock and a Hard Place 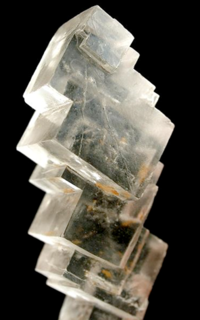 Figure 2. A halite crystal is the mineral form of sodium chloride. Source.

Studies dating as far back as the 1950’s reported the presence of small spherical cells within ancient halite crystals. Halites are the mineral form of the salt sodium chloride (NaCl) and are abundantly produced in terrestrial sedimentary environments when salty water evaporates. Interestingly, the Mars Exploration Rover detected halites in Mars and similar crystals with fluid inclusions were also found in billion-year-old meteorites originating from other places in the universe. These ancient crystals are thus believed to be widespread and may even harbor alien life! Because the terrestrial halite crystals are very old, some scientists proposed that the spherical cells contained within were ancient, dormant microbial forms. In 1960, Reiser and Tasch successfully resuscitated halite-entrapped cells in a laboratory growth medium, supporting the idea that the microbes caught in these ancient salt crystals were viable. However, assessing the age of these microbes proved more difficult. While it is possible to determine the age of the crystals, how can one unequivocally establish the age and origin of the microbes within? Another difficulty is the possibility of contamination of the samples by extant microbes. Indeed many critics questioned the sterility of the isolation procedure and argued that these microbes were contaminants, thus lending further frailty to the studies.

Despite the critics, the excitement persisted, like a spore in an unfavorable environment. In 2010, Schubert and collaborators observed similar spherical cells in 34,000 year-old halite crystals and were able to resuscitate them in growth media, though at a depressingly low success rate of 0.6%. Furthermore, growth resumed only after extended incubation periods (60+ days). These ancient organisms appeared to have awoken groggily from a long, long rest. Sequencing 16S rDNA of the cells in the culture identified several novel lineages within the haloarchaeal genera Halorubrum, Natronomonas, and Haloterrigena. Oddly enough, the microbes growing in culture were rod-shaped rather than spherical. Critics used this to caution, once more, about the potential for contamination in this work. However, the researchers were not dismayed by this morphological quandary and were confident of their stringent culture methods. To prove the critics wrong, they provided the halite samples to an independent group of investigators who reproduced the results, thus strengthening the conviction that the ancient halite crystals harbored resilient microbial forms. Hurray for inter-lab reproducibility!

In a recent article published in Geomicrobiology, Fendrihan and collaborators added further credibility to these studies by reproducing the morphological transition from rod to sphere using haloarchaea entrapped in halite crystals made in the laboratory. The researchers evaporated high-salt media and buffers to make the salt crystals. Small amounts of hypersaline water often became trapped within the crystals during the process, similar to the fluid inclusions reported in halite minerals from terrestrial or extraterrestrial sources. By evaporating haloarchaeal cell suspensions, the researchers trapped the cells in the fluid within the crystals. As halite crystals are transparent, they were also able to monitor the morphological responses of three haloarchaeal strains (Halobacterium salinarum, Halobacterium noricense, and Haloferax mediterranei) during the entrapment process. In all cases, the rod-shaped cells shifted in shape to uniformly sized, small, spherical forms.

The researchers then rightly considered whether the morphological transition was a direct response to the physical entrapment or a physiological adaptation to the progressively lower levels of water activity encountered during the formation of the salt crystals. As most cellular components (enzymes, DNA, etc.) require interactions with water molecules for their activity, low water activity often inhibits microbial growth. Bacteria, for example, require a water activity of 0.9 and above. This is the reason why honey, which has a very low water activity value, i.e., between 0.5 and 0.7, is essentially sterile. Might the shift from rods to spherical shapes reflect the transition from an active, vegetative state to a dormant form that could withstand the low water activity? The researchers used a variety of salts to make test solutions with low water activity and observed that the majority of the solutions induced the morphological shift from rods to cocci—physical entrapment not required. Further, as the number of rod cells decreased, the number of small spheres increased in the ratio of 3-4 spherical cells per initial rod cell. This suggested that the morphological shift resulted from the division of individual rod cells into several (3-4) small spheres.

Interestingly, the spherical cells had 50-times less ATP per cell than their rod-shaped ancestors. Such a massive drop in ATP content is typical of spores and other dormant forms and is consistent with their reduced metabolic activity. Furthermore, the spheres showed an increased membrane lipid content and a reduced cell protein content, including the jettisoning of the now excess S-layer proteins. The changes in the S-layer, which acts a selective permeability barrier but also helps maintain the shape of the cell, and membrane lipid content support the notion that these spherical forms are a strategic survival response to low water activity conditions. The tactic worked: the spheres retained their shape and the ability to resume growth in solid or liquid media even after 6 years of entrapment in the halite crystals! After breaking the apparent dormancy, the spheres also shifted to their original rod shape. Hence, the spheres remained viable and retained the potential to revert to their ancestral rod self.

It is important to note that although the haloarchaeal spheres are physiologically similar to spores, they are not spores in the typical sense. The genomes of these haloarchaeal species do not harbor homologues of known sporulation genes. Rather, the research team proposes that these spheres could be akin to bacterial cysts. However, evidence for cyst formation in haloarchaea is lacking and the formation of the small haloarchaeal spheres does not follow the canonical encystment observed in bacteria. It seems more likely that haloarchaea do it differently and that what we have here is a novel form of dormancy, evolved as a specific adaptation for long-term survival and persistence in the halite environment. Call these spheres what you will, these studies provide yet another fascinating example of the strategies that microbes have evolved to weather the storm and persist to see a brighter day. And they remind us, once more, how much there is yet to learn about life in our planet and beyond.