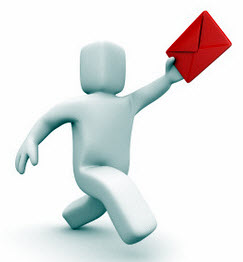 Recommendese, an offshoot of English, is a language used solely for the purpose of promoting the chances of one’s protégés securing a position. It is used to enhance the odds of acceptance to graduate school, obtain a postdoc, or get a job in academia, industry or government. One can recognize recommendese by its use of superlatives. Thus, the English expression “pretty good student” translates into recommendese as “one of the best I have encountered in my experience.” Or, “his/her work resulted in a reasonably good paper” becomes: ”the experimental contributions she/he made are of stellar importance to the field.” Also look out for pleonasms, the use of more words than is necessary. This is commonly due to the need to fill the page, lest the recommendation look too thin. Recommendese has several dialects, such as those used for job applications, academic promotions, or reviews of grants and manuscripts.

Recommendese is not a simple language. In fact, it lends itself to the imagination and the use of inspired language. It employs lively and sometimes picturesque figures of speech. In my mind, the apex of graceful recommendese was reached by a distinguished scientist who consistently wrote that every one of his many postdocs had been the very best to ever come from his lab!

Exceptionally, I have run into non-recommendese. One of the most interesting letters I ever received consisted in its entirety of the following:

Dear Sir:
I have known Dr. X for three years.
Sincerely yours,

For those who care about the preservation of languages, I can attest that recommendese is alive and well. It gives no signs of becoming obsolete or of losing its popularity. When I showed a draft of this piece to a colleague, she recommended that questionnaires that ask to rate a candidate on a scale of 1 to 10 should have all the 10s pre-marked. In a busy world, that would save time and effort. She also told me this wasn’t worth posting. But then, in classical recommendese, she wrote: Perhaps the very best perspective I have ever read.