As the year closes out, we enter into the giving seasons of a variety of traditions. Lurking among the more pleasant types of giving is the 2013 – 2014 flu season, a viral gift that often keeps on giving. To combat this, reminders about the potential dangers of influenza and the importance of vaccination make their annual appearance in the popular press. During seasons of mild viral infections this can induce no more than a bare ripple in public perception, despite the fact that up to half a million people worldwide will die from seasonal flu and its complications on average each year. During harsher years, or with sudden outbreaks of novel viruses, like SARS, that grab headlines and invoke fear, the public perception understandably increases as more information (both reliable and dubious) flood the media.

For those of us who are trained microbiologists, the emergence of viruses, their behavior, and the public health responses to their existence are all relatively familiar topics. We know the science, and can readily distinguish it from any bunk that may appear in popular outlets. For the nonscientist, these distinctions are not always obvious and the topics can be intimidating. As scientists we have a role and responsibility beyond research in the communication of complex scientific issues and the education of the general public.

Two recent books by eminent virologists and published by Oxford University Pres, present important aspects of virology to the general public in an engaging, simplified manner that doesn’t skimp on accuracy or relevance. Covering distinct topics under the umbrella of virology and approaching them from unique perspectives, each book would be of interest to readers of this blog, and could make a thoughtful gift for the holiday season. 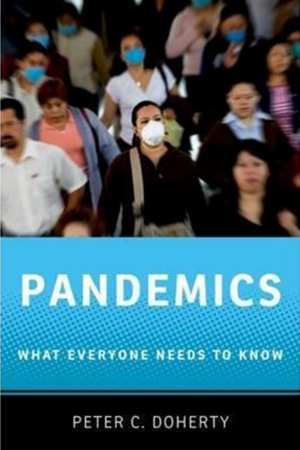 Pandemics, by Peter C. Doherty, exists as part of the What Everyone Needs to Know series that is written in an organized question/answer format. This format nicely allows for a laid-back, conversational tone that aids the accessibility of the science for a general audience. However, it also causes certain chapters, particularly the earlier ones, to lack a certain focus and create a sense that the questions were built somewhat arbitrarily to break up the content. For instance, the book begins with the questions “What is the difference between a virus and a bacterium?” and “What is the difference between RNA and DNA?”. These questions are answered, but used as a gateway to talk about myriad other issues as they arise in the train of thought, from immunization to microbiological history to the development of PCR. It reminds me somewhat of a political debate where the moderator asks a question, and the answer may briefly refer to the question only to veer off into whatever direction the speaker wants to go.

This critique is a minor point, however, and the tangents that Doherty embarks upon from time to time can be skimmed easily enough if the reader is finding themselves too bogged own in some scientific details that aren’t necessarily essential to understanding the overarching concepts. In addition, once getting past the baseline of scientific concepts the organization flows more easily.

Following the introductory primer on viruses, bacteria, infection, immunity, drugs, and vaccines, Doherty presents a section describing epidemics and the public health response in general followed by chapters on specific viral outbreak case studies and concepts related to the specific viruses under consideration, including SARS, influenza, measles, HIV, hepatitis, yellow fever, and the nasty Ebola. While his focus stays upon viruses, Doherty also considers the related issues surrounding tuberculosis epidemics and the prion-related diseases. Doherty concludes the book with chapters on economic and social forces behind epidemics, the potential threats of bioterrorism, and the tools available to prevent and prepare responses to pandemics.

A Nobel Prize-winning immunologist and veterinary surgeon whose research described killer T cell recognition of viral antigens in conjunction with major histocompatibility complex (MHC) proteins, Doherty certainly has the required knowledge and experience to address the topics set forth in this book. What is notable is that he does so in a succinct, informative, and compelling manner. 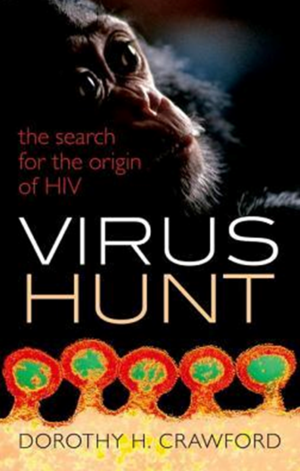 The second virus-related book, Virus Hunt, by Dorothy H. Crawford, a virologist at the University of Edinburgh who studies the Epstein-Barr virus is focused on HIV solely, rather than viral pandemics in general. In addition, the purpose of Crawford’s book is not just to educate about viruses and immunization, but to relate a fascinating, on-going history of modern virology and epidemiology to the general public: the search for the origin of HIV.

Much has been written about the discovery of HIV, the biology of its activity, and the medical and social response to AIDS, the disease it causes, most famously in the book And the Band Played On. While Crawford’s book touches on these matters, the major focus of Virus Hunters is relating where scientists believe HIV originally came from and the manner by which it spread to ultimate recognition in the 1980s.

For me, at least, this is a history and branch of research that I wasn’t particularly familiar with. Indeed, I’ve heard people remark in a mixture of incredulity and disgust that HIV must have arisen from someone having sex with a chimpanzee. While I knew enough to say, no, that’s not likely, I didn’t have a particularly good answer for how it did arise other than to vaguely say something about viruses crossing over to humans somewhere in Africa. But how exactly? Where? And when?

The answers to those questions take the reader through chapters that blend medicine, science, ecology, evolution, and the sociopolitical history of West-Central Africa. Through it Crawford comprehensively reviews recent epidemiological studies that make one truly awed at the power of research to solve the mystery with such precision and relative assurance.

The book begins by briefly introducing and dispelling the erroneous assertion that AIDS is not caused by HIV. Crawford then introduces related viruses that infect our evolutionary relatives (the SIVs) and begins to set the stage for explaining how we know where AIDS generally originates. She then focuses in with each chapter to address more specific matters that recent scientific experiments have brought to light, such as what kind of ape the different types of HIV variants came from, down to the specific geography where HIV arose and the people who were likely the first infected in the early 1900s. The book concludes with a final discussion on the nature of viral pandemics in general, with future prospects considered.

Crawford writes expertly, and generally well for the lay reader. Her writing becomes far less technical and more natural sounding when she discusses matters outside of direct virology, such as history or anecdotes. However, in spots her familiarity with the material may an impediment for the general reader who does not have any prior knowledge of virology or HIV. Often, complex concepts are mentioned briefly, only being adequately explained later. In addition, some of the more scientific sections (such as those comparing the myriad SIV and HIV variants) can be daunting and dry to read for a non-specialist. These sections can easily be skimmed or skipped without losing the large picture.

Both of these books could be of interest to readers of Small Things Considered, and would make good recommendations or gifts to friends, family, or students that have a general scientific curiosity.