We continue our semi-annual ritual and post this quick tour of our featured blog posts published since June 2013. 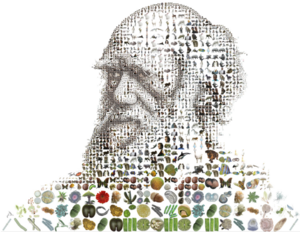 Microbial ‘Starstuff’. Associate blogger Gemma Reguera tells us how the remnants of a dying star become transmuted into microbial stuff, including cellular structures such as magnetosomes. One universe it is.

Who Would Have Thought? Biggest Flower, Biggest Gene Thief. The world’s largest flowers, about 1 meter across, are chock-full of genes acquired by lateral transfer. The plants that make these flowers are parasites of other plants, which may have something to do with this wholesale theft.

Parallel ERV-Mediated Evolution of Blue Egg Color in Chickens. We reprint here a delightful blog piece by Robert Gifford on how the blue color of eggs of the native chickens in Chile is due to an endogenous retrovirus. Moreover, a separate ERV insertion accounts for the blue egg color in Asian chickens. Many other avian genes are also affected by ERVs.

Fine Reading: Exploring the Microbial Dark Matter. Merry discusses the huge blank regions in our canvas depicting the microbial world. How much is left to explore! 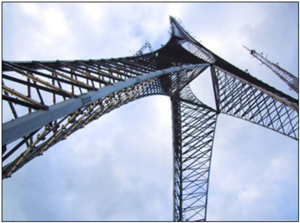 Programmed Cell Death. Associate Blogger Marvin looks at the different ways that various bacteria manage their own programmed cell death. This prompts one to ponder what happens in nature, where bacterial populations are almost always mixed.

It’s Time for Salmonella. Ah, circadian rhythms…Chronobiologist extraordinaire Susan Golden tells us that the circadian rhythm of the mouse determines Salmonella pathogenicity, with serious consequences for the outcome of their attempted invasion of the gut.

Vesiculation: Another Bacterial Skill. Most Gram-negatives shed bits of their outer membrane in the form of spherical vesicles. These packages function as a delivery mechanism for cellular proteins and DNA—a mode of chemical communication with other bacteria and host cells.

The Microscopic Flash Mob. Micrococcus makes waves. That is, they form ripples during their life cycle. Graduate student Melissa Wilks explains how and maybe why.

A Bacterial Body Clock: Cryptic Periodic Reversals In Paenibacillus dendritiformis.Graduate student Monika Buczek relates that these amazing motile creatures reverse  directions every 20 seconds while swarming. Both the how and the reason why remain elusive. 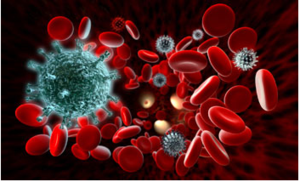 Aggregatibacter actinomycetemcomitans: A Unique Exotoxin-Producing Oral Bacterium. We borrowed this piece on an interesting oral pathogen from the blog Microbios by Pedro Valero Guillén. This organism clings to other bacteria and makes some fascinating toxins.

Polymicrobial Infections: Perhaps the Rule, Not the Exception. Graduate student Katy Patras notes that there are good reasons why many successful microbial infections are polymicrobial. Working together, relying on a variety of molecular mechanisms to confound our immune system and increase virulence, pays off for many pathogens.

Mtb Craves Sweets. There seems to be no end to the list of bacterial virulence factors. To the ones known for the tubercle bacilli, add protein-O-mannosylation of surface proteins. Associate Blogger Marvin explains.

Seeing How Antibiotics Work. Using sophisticated microscopy and clever thinking, the Pogliano labs develop a quick, high throughput way to screen compounds for antimicrobials and then characterize their mode of action. 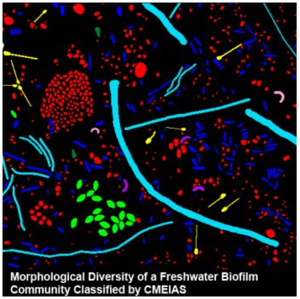 The Planctomycetes, Tricky Gram-negatives Awaiting Genetic Manipulation. The planctos are a weird group of bacteria—outliers, you might say. Graduate student Marco Allemann discusses how they may differ from other Gram-negatives, how they may be the same.

A Whiff of Taxonomy – Archaeoglobus fulgidus. Hyperthermophilic archaea are always interesting, and this one is no exception. It excels at reducing perchlorate. 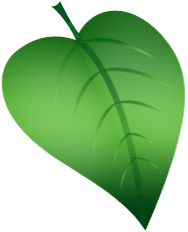 Fine Reading: The Second Skin – Ecological Role Of Epibiotic Biofilms On Marine Organisms. Nice place, the ocean, for microbes to thrive. And thrive they do, especially in biofilms, as per a paper that discusses this in some detail.

Antarctica's Deep Lake: A Frigid Home for Steadfast Archaea. There is a lake in Antarctica so salty that it never freezes. Here live a relatively small number of Archaea, particularly adept at wholesale gene swapping.

Let There Be Light! Associate Blogger Marvin discusses how bioluminescence produced by symbiotic bacteria regulates the circadian rhythm of their host, the Hawaiian Bobtail Squid.

Weathering the Storm…the Archaeal Way. Graduate student Mike Manzella introduces us to the world of Archaea that have been trapped in salt crystals for eons, only to be reawakened some 30,00 years later. When convinced to grow in culture, they change in shape and ATP content from their crystal-encased state, pointing to physiological challenges for survival in such conditions, but also challenging researchers to prove their authenticity.

E. coli Keeps Its Powder Dry. Strangely enough, E. coli carries genes for the degradation of some sugars but does not express them in the lab. Marvin discusses a finding by S. Mahadevan’s lab that explains what’s going on. In the environment, the bacteria cleave plant sugars to make aglycones that inhibit both bacteria-eating slime molds and worms. 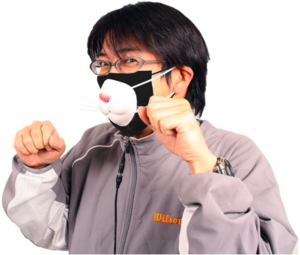 Teaching Pseudomonas to Endocytose. Endocytosis seldom happens in the prokaryotic world, butRNA phages of Pseudomonas syringae enter their host by just such a mechanism. In sharing this story, Merry Youle suggests that bacterial membranes are not loath to invaginate, given a little prompting by a phage.

Oddly Microbial: Giant Viruses. Marcia Stone explores the stunning world of the megaviruses whose virions are larger than many bacteria and whose genomes provide food for ample evolutionary thoughts. 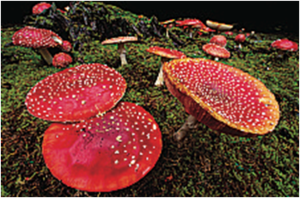 Mycorrhizal Fungi: The World’s Biggest Drinking Straws and Largest Unseen Communication System. High on the list of amazing feats of life is the formation of continuous networks of mycorrhizal filaments spanning areas approaching a whole continent. In addition to carrying water and nutrients, they serve as conduits for signaling molecules between plants.

FUNGUS WEEK
A Whiff of Gastronomy. Truffle oil—is it worth spritzing it on your food? Elio thinks so, as long as you’re aware that it’s not quite the real thing.

Count Your Mushrooms. You knew all along that the mycelia of mushrooms far outweigh the mushrooms they produce, but here are some numbers.

Radiation Ahead? Eat a Black Mushroom! Incredible! Fungi can use radiation as a source of energy, with melanin as the antenna! It follows that ingested black mushrooms containing melanin should be radioprotective. They are, when fed to mice. 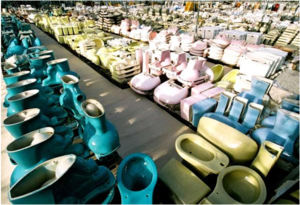 Recommendese. Elio grouses about inflation in letters of recommendation but offers no solution to this problem.

Gut Lecture. Elio is being cantankerous again and tells us that he doesn't like to lecture on the human microbiome and why.

Recalling the Good in the Good Old Days. Elio recalls how Salvador Luria chose to present other people’s work at a seminar instead of his own.

Good Old Days # 2. Bob Murray reminisces about the way science used to be done, often in the middle of the night, plus he shares a letter to him from Josh Lederberg.

Books for the Giving Season: Viral Readings. Daniel Haeusser reviews two books on viruses written for the general public, in time for your holiday shopping.

Abigail Salyers (1942-2013). We acknowledge the passing of an outstanding microbiologist.

retrospective of the year in photos....
youtube.com/watch?v=iATcUBvaKN8