Two people who mattered to me and to many other people have died recently. I wish to honor their memory by sharing a glimpse of them with you. 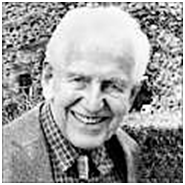 Manny died on January 8, 2014, one month shy of his 96th birthday. A member of a distinguished Swiss family, he earned his MD in Basel and soon thereafter went to New York City to work with the fabled Rene Dubos at the Rockefeller, training in immunological aspects of the tubercle bacillus. From there he moved to Harvard Medical School, and later he accepted the position as chair of the new microbiology department at the University of Florida Medical School. I joined this department shortly afterwards and was privileged to work under Manny for the next four years. Our department became quite distinguished in a short time, thanks to his innovative and hugely humanistic approach to teaching and administration. Following his instincts, he developed a series of distinctly Suterian ‘Instant Traditions’ that both taught and inspired. For instance, he had the medical school faculty gather in the cafeteria to discuss issues as wide-ranging as the philosophy behind testing and grading, along with questions as specific as: "Should a qualified applicant with a diagnosis of schizophrenia be admitted to medical school?" (His answer was yes.) He maintained that "People don't exist for institutions; institutions exist for people."

In his research, he inoculated innumerable mice with the attenuated tubercle bacillus BCG in order to probe into a phenomenon he had discovered, that mice infected with BCG become exquisitely sensitive to endotoxin (LPS). This work spearheaded efforts that led to an understanding of the complex interaction between macrophages, LPS, and what are now called cytokines. Despite leading a productive research program, he did not short-change the med students. In the late 50’s, research was so predominant in medical schools that teaching was becoming something of an afterthought (a sad fact that some maintain holds to this day). Not so there. Manny made us teach our butts off and like it. His tools were persuasion and occasional dry humor. For example: The then dean of the Medical School was particularly proud of our buildings and involved in its running (he called the elevators “vertical transportation”). He noted with distress that our hallway was ever so cluttered with refrigerators and incubators. He said, "Whenever I come up here, there is another piece of equipment in the hallway." To which Manny replied, "Then don't come up here!"

Manny eventually became dean of the medical school himself and used that position to effect ethnic integration of the University of Florida. Thanks to his efforts, the very first African-American to enroll at the university entered as a medical student. What a proud achievement! He left many other traces of his administrative skills (which makes me wonder if microbiologists haven’t been overrepresented in the ranks of academic administrators). Manny went on to hold various important positions in the field of medical education and continued to shape its development until his death.

Manny’s word was as good as gold. He embodied honesty and forthrightness and knew how to endow an institution with such traits. What a first boss to have had! 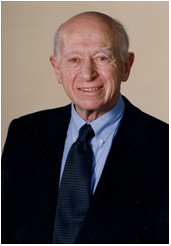 Boris died on Christmas, 2013, also as a nonagenarian who had been one of the founding fathers of molecular biology. He elucidated the regulation of nitrogen metabolism in bacteria as Monod, Jacob, et al., had done for carbon metabolism. Boris’s contributions had an especially holistic flavor and as such they played a singular role in enhancing our understanding of bacterial physiology. Systems biologists (the current term for bacterial physiologists) may do well to study these pioneering efforts. Together with Graham Walker, Boris taught a celebrated course on bacterial physiology that influenced many MIT undergraduates, sometimes enticing them to change their career choices. His brief memoirs can be found here.

Boris’s key discoveries include, among others, the role of upstream enhancers in gene regulation, the existence of a novel sigma factor dedicated to nitrogen metabolism, and the role of two-component systems in cellular signaling. What led him to these insightful advances may well have been his grounding in biochemistry. Permit me an observation. Boris entitled his 1999 Perspectives paper in the Journal of Bacteriology: A Midcentury Watershed: the Transition from Microbial Biochemistry to Molecular Biology. There is something slightly paradoxical about this title because it implies that that many biochemists of that day-at least the microbially oriented ones-had transmuted into molecular biologists. Biochemistry indeed had reigned supreme for quite a few decades before the 1940’s and thus preceded molecular biology. However, with notable exceptions, proportionally few biochemists made that change and kept to biochemistry. Most of the founding fathers of molecular biology were physicists or were biologists of a different stripe. The reasons for all this may deserve further contemplation, but not today.

So, Boris was one of the relatively few who entered the new science with a storing biochemical background. The subject of his thesis, under the famed and acerbic Erwin Chargaff, reflected the classical biochemistry of the day: the steric requirements of polyhydroxy derivatives of cyclohexane for oxidation by Acetobacter suboxydans. Although his mentor proclaimed that molecular biology was a sham carried out by biochemical ignoramuses, Boris embraced it early on and became one of its most articulate proponents. To me this willingness of his to shift gears was an unmistakable sign of the springiness of his mind.

A product of the Viennese Gymnasium, Boris came to science with an unusually broad background. He and his first wife, Adele, amassed a major collection of African art about which he could talk in detail and with much evident pleasure. Having lived in Boston for many of the years that Boris spent there and in Cambridge, I had the pleasure of being with him and Adele on many occasions, both in their art-laden apartment and elsewhere. It was always a special event. Boris was equally at home discussing either science or history and literature, or all fo them at the same time. I remember once noticing that he was having a heated discussion with Salvador Luria, another polymath. Hoping to gather some pearl of scientific wisdom, I slinked near them enough to hear what they were saying. They were having an argument about the historical role of some prince of Savoy!

Perhaps Boris’s greatest legacy is embodied in his students, an impressive list that includes quite a large number of men and women who went on to become luminaries in their own fields. The reason is simple to fathom: he was a rare experimenter and thinker and his willingness to teach was unmatched. His very presence was inspiring and so was the devotion he extended to his colleagues. He chaired MIT’s Biology department from 1967 to 1977, the decade that it become one of the best anywhere. I do not hesitate to state that his combination of personal and intellectual qualities was as remarkable as any I have known.