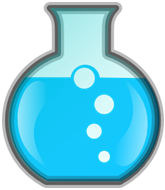 In 1956 I joined Ole Maaløe’s laboratory in Copenhagen for a two year postdoc. We worked on the connection between the rate of growth of Salmonella and its macromolecular composition, arriving at the conclusion that there was indeed a simple linear correlation between the cells’ nucleic acid and protein content and how fast they were growing. In trying to interpret this, Ole was influenced by the experiments coming from the labs of quite a few people, showing that the synthesis of many biosynthetic enzymes becomes repressed when the end product of their pathway is added to the medium. If, say, arginine is added to a culture, the enzymes involved in arginine biosynthesis will not be made. If so, in cultures grown in a rich broth, many biosynthetic genes should indeed be silenced. These should include all the operons for amino acid biosynthesis and for other building blocks present in this medium. Ole reckoned that if he kept a culture growing steadily for a long time in rich broth, the cells might shed some of biosynthetic genes because they would not be needed under these conditions. So he did the following experiment: He inoculated a large flask containing perhaps 3 or 4 liters of a very rich broth. As an aside, the kitchen at the State Serum Institute where Ole worked until he became professor at the University of Copenhagen was known for making exquisitely rich media. The ladies who worked there prepared their own meat infusion using the best Danish veal meat in the market and added to it carefully selected batches of peptone. Their broth allowed Salmonella to growth at a superfast 16 minute doubling time (try that with dehydrated commercial media!) So, you can expect that the cultures in such a superrich medium might be super-repressed.

Ole’s inoculum was small enough that the culture was still in exponential growth by the time it was time to go home. I ‘m quite sure that in order to slow down the growth he kept the culture at a temperature lower than the 37° optimum (but don't remember what it was). Before leaving the lab, he inoculated a second flask using a small aliquot from the first flask. The next morning he did the same thing, and he kept up this series of twice-a-day inoculations for (I think) one week. By the end of this time, the culture had been growing exponentially for perhaps 500 generations. He reasoned that this careful protocol was necessary to avoid the genes reawakening in the stationary phase, where they may be needed. Thus even an incipient entry into stationary phase had to be studiously avoided.

I don't recall the size of the inoculum he used for each transfer. Note that this is a crucial point because this step stacks the experiment against itself by creating a population bottleneck (a sudden decrease in population size).

At the end of the experiment, Ole plated the cultures on a large number of Petri dishes with agar made with the same broth. He then replica plated a large number of colonies (let me guess a total of 10,000) onto a minimal medium agar plates containing glucose as the sole carbon source. He expected to find that some colonies from the broth plates would not grow on the minimal medium. These would represent auxotroph, cells that had lost biosynthetic genes due to some mutation or other, preferably a deletion. To his chagrin, he found no such colonies. In conclusion, he had laid waste to a lot of broth and Petri dishes, but at least got his answer in one week.

I have wondered about this experiment in the intervening years. Of course, many in vitro evolution experiments have been carried out since, but best I know, none using this particular protocol. So, over 50 years later, what might be the reason for this failure? I can come up with a few possibilities that I’ll list below, but invite everyone to contribute their thoughts.

I enlisted the help of three people in the know. Here is what they had to say:

Kevin Foster, Professor of Evolutionary Biology, Department of Zoology, University of Oxford, pointed out that 500 generation is not a long time. He further suggested that “the minimal medium used gave the bugs glucose and there will be glucose and glycogen (which will be converted to glucose by the bugs) in meat broth. So the initial selection would have used the same enzymes as the final selection. To do this experiment again, I would recommend making the metabolic requirements non-overlapping. But it would also have to run for longer AND I would ahead of time, try to find a metabolic process that is known to be costly to run.” Furthermore: “auxotrophic mutants do not show much of a growth advantage if any at all (but we don’t work with these much)”.

John Ingraham, Professor emeritus, University of California at Davis, focused on the fact that for auxotrophs to become detectable, they would have to have a growth advantage over their prototrophic parents. “The growth advantage of an auxotroph would derive from its saving ATP (owing in the case of a deletion to making a tad less DNA, and in all blocking mutations by decreasing flow through an unneeded pathway below the perhaps residual flow escaping feedback inhibition, and making less of the unneeded enzyme than the level set by end-product repression.) and probably to a lesser extent saving carbon.” He then said that “Ole's medium is most probably one that would offer ATP and carbon excess. (Who knows what set its growth rate. but it supports a blazingly fast perhaps not improvable growth rate.) Instead, Ole should have used a minimal medium with a poor carbon source (for example succinate or lactate) In which ATP and carbon supply limit growth rate. Then end products that are not utilizable as sources of energy and carbon should be added to support growth of corresponding auxotrophs. These would include certain amino acids, uracil, purines, and certain vitamins. Such a medium, I would think, would offer a distinct growth advantage to auxotrophs.

Kevin Young, Professor, Department of Microbiology and Immunology, University of Arkansas for Medical Sciences, calculated that the inoculum size must have been too small to contain any mutant that may have arisen. He posited, “I don’t think the experiment failed in the sense of disproving the original hypothesis (that auxotrophs would accumulate when grown in a rich medium). I’m just afraid that the repeated re-inoculation steps continually selected for the most prevalent cells in the culture, which were the un-mutated wild type cells.”

Elio adds:  I agree that this last point is crucial and may suffice to explain the apparent failure. One way to repeat the experiment without this limitation could be to use a turbidostat, a device that allows constant growth at a maximal rate and a fixed population density. No evolutionary bottleneck here. This would overcome the major object of Kevin Y. and could be used to probe into the experimental situations suggested by Kevin F. and John I.