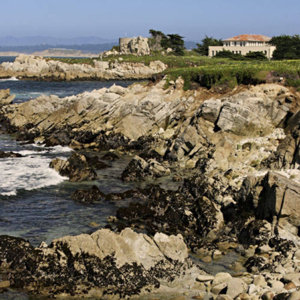 In 1949, at the end of my second year at Caltech the faculty seems to have decided that I really needed to learn some biology. The method the Caltech faculty adopted was to send me to the summer course in microbiology given at the Hopkins Marine Station of Stanford University by Cornelis van Niel.

The van Niel course consisted of a summer’s work of classes and laboratory. I was given an office, which I shared with Ruth Sager. The class would meet with van Niel for lecture and discussion and we would then do laboratory work based on the discussion. An idea of the course can be gained from the first exercise. The class suspended some bakers yeast in water and using a microscope looked at the suspension. Van Niel would then go around the room asking students one by one what they saw. Invariably the answer would be yeast cells and the process would continue until some student (possibly warned by those with experience from past years) would say "I see little circles." This was the answer van Niel wanted in order to illustrate the difference between observation and conclusion (I saw circles but van Niel was convinced I had been warned!).

Van Niel was a master at maneuvering class discussion. Again and again he would have the class "design" an experiment, making corrections and inserting controls and then when we were all finished and satisfied with "our" design, Wolf Vishniac, the TA, would wheel in carts with the equipment, media and strains to do exactly the experiment that “we” had designed. (Wolf was the son of the photographer, Roman Vishniac best known for his photographs of pre World War II Eastern Jews but also an accomplished biological photographer). 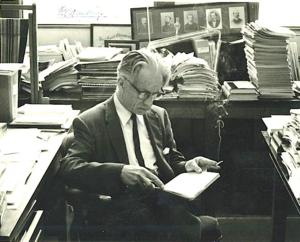 Van Niel was one of the first comparative microbiologists and I learned about comparative biochemistry and the Dutch School of microbiologists, led by Kluyver and Beijeryink and the power of enrichment cultures. Van Niel came to class one day carrying a vial of mud and in an obviously ecstatic mood. The vial had just arrived with some mud from Delft—presumably there was a wealth of microbiology in the sludge of the Dutch canals. Van Niel had been studying photosynthetic sulfur bacteria and saw that the analogy between the stoichiometry of anaerobic photosynthesis (CO2 + 2H2S — (CH2O) + H2O + 2S) and green plant photosynthesis implied that the oxygen evolved in photosynthesis came from the water. We studied sulfur bacteria and nitrogen fixation and learned about pure cultures. I've already mentioned Ruth Sager who had just finished a PhD thesis on corn and was about to start work with Chlamydomonas. Werner Mass was one of the students as was Barbara Bachman who was the first director of the E. coli Genetic Stock Center. Auditing the course was Bernard Davis who had just developed the penicillin method for selecting bacterial mutants, thereby making it possible to isolate large numbers of strains with deficiencies in a variety of metabolic pathways. Davis had been exploiting these mutants with very pretty and simple investigations to work out metabolic pathways and his seminar at Caltech the previous year had been truly exciting. He was very bright, certainly not bashful, and although an “auditor” he participated actively in the class discussions.

At the end of the course there was (naturally) a party and with the party came mock graduation certificates. Bernie (Davis) was given a black-bordered certificate that stated that no matter how hard he tried he just couldn't quite understand, so he flunked. I was given a certificate in "dry lab microbiology" which may indicate something about what I was doing in the class laboratory.

The stay in Pacific Grove wasn’t immediately positive in its effects. Van Niel’s lectures were both unique and irresistible. When I got back to Caltech I based my first seminar on the style I had heard that summer. The talk was much too long (for the audience) and resulted in one of the few times Norm Horowitz (a really patient mentor) really bawled me out. He pointed out, correctly, that while van Niel was effective in his unique way of lecturing I wasn't van Niel and that I needed to develop my own style.