Pictures Considered #13 : How Many Things Can Be Illustrated In One Picture?

This transmission EM of a thin section of a T2 phage infecting an E. coli cell was produced by Lee Simon in the late 1960’s. It is noteworthy for depicting a remarkably large number of properties of the phage and of the infection process. Can you figure out how many such characteristics are illustrated or at least strongly hinted at? I came up with nearly a dozen (see below). How about you? 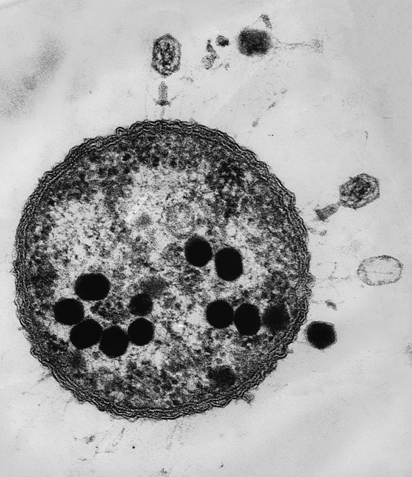 I am grateful to Lee for letting me use this wonderful image.

Phage properties illustrated in this picture: