A Mouthful Of Microbes 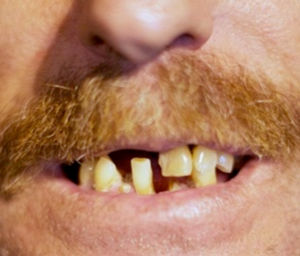 Figure 1. One of our ancient relatives? Source.

After watching Hollywood movies of medieval knights with neat haircuts and bright smiles, it may shock you to be reminded that our dear medieval cousins looked anything but clean. The truth is that hygiene was not a top priority in the Middle Ages and germs were in heaven. This was a time in which cities lacked sewage systems and feces, urine, and garbage were dumped onto the streets or into the castle moat. Not surprisingly, outbreaks of water-borne diseases were a frequent occurrence. Add to that religious concerns about nudity, and it will not surprise you to know that even the most illustrious doctors recommended not taking baths regularly. As a result, everybody, from the lowest peasant to the most powerful king, stank like a smelly animal.

In this era of complete disregard for personal hygiene, people did pay some attention to dental hygiene. Why? Because toothache was a widespread malady and people would result to anything in their power to prevent it and alleviate it. They would rub on their teeth, for example, mixtures of fresh or burned scented herbs such as parsley, mint, and rosemary, and then rinse their mouths with solutions made of herbs, vinegar, wine, and/or alum (the latter is still use by many as a home remedy for sore throat). Alas, these practices were not effective enough to prevent dental bacteria from growing and causing cavities and infections. I also read that our medieval ancestors were advised to clean their teeth in the morning, rather than at night. I imagine this was done to ensure they had good (better?) breath. However, the morning practice left the oral microbes free to roam and proliferate throughout the long night hours. Hence, cavities and abscesses were very common and medieval barbers found a profitable side job: pulling out teeth! 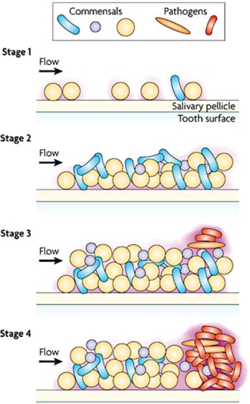 Figure 2. Successive colonization of the tooth surface by commensal and pathogenic bacteria leads to the formation of dental plaque. Source.

A Mouthful Of Microbes

Would you care to know what grew on those medieval teeth? Luckily for us, dental remains archived in museums still contain oral bacteria preserved within the tartar deposits. Even with best dental hygiene practices of today, bacteria colonize our teeth and form multispecies biofilms (dental plaque). Streptococci and actinomyces commensals are often the first colonizers, recognizing specific receptor molecules in the salivary pellicle that coats our teeth. Other bacteria then join the initial film and all grow together while metabolizing the food debris that sticks to the biofilm matrix and soluble nutrients flowing through it. If allowed to grow thick, pathogens such as Streptococcus mutans and Porphyromonas gingivalis also join the biofilms. And that’s when the problems begin... S. mutants metabolizes sugars and excretes acid that destroys the enamel coating of our teeth and causes cavities. P. gingivalis, on the other hand, invades the epithelial cells of the areas of the gum supporting our teeth, leading to inflammation and some forms of periodontal disease. To make it worse, minerals from the saliva continuously deposit as calcium phosphate on the biofilms, creating a hard, rough surface that promotes more bacterial colonization while and also provides a tough armor for the dental plaque. These calcified biofilms is what we commonly know as tartar or dental calculus. Dental calculus traps the bacteria and food-derived matter on the teeth but also preserves them for long periods of time (many thousands years!). The preservation of dental bacteria in ancient tartar is so good that you can still visualize the different cell morphologies in electron micrographs of even prehistoric dental samples (Fig. 3). Investigators from Australia wondered if the bacterial DNA was preserved as well and whether they could use our powerful DNA sequencing methods to profile the bacterial community in the ancient calculus samples. In a recent paper published in Nature Genetics, the Australian team reported an elegant and technically superb study in which they did exactly that. They managed to extract DNA from calculus collected from 18 medieval remains corresponding to both men and women living in rural or urban communities in Europe in the early (400-750 years ago) or late (850-1,000 years ago) Middle Ages. As a reference, they also sampled modern plaque and calculus and used the sequenced data available in the Human Oral Microbiome Database (HOMD) for comparison. Their approach was to generate and sequence PCR amplicon libraries of three hypervariable regions (V1, V3 and V6) of the bacterial 16S rRNA from the extracted DNA. The major challenge was to ensure that the sequences used for the analyses belonged in fact to the medieval dental plaque DNA and not to environmental DNA and/or modern DNA contamination. To do this, they followed strict procedures during sample collection, extraction, and DNA amplification steps. They also established authentication criteria based on comparisons to sequences generated from extraction blanks, ancient teeth, and environmental (freshwater, sediment, and soil) control samples. Such protocols lend credence to the results and are used in other paleomicrobiological studies.

Figure 4. Community composition of modern and ancient dental plaque (a) and frequency of the oral pathogens S. mutants and P. gingivalis in the samples (b). Source.

A Walk Through The Mouths Of Our Ancestors

To gain historical perspective of the evolution of dental plaque, the researchers analyzed dental calculus obtained from human remains from not only medieval times, but also the Bronze Age, and the Neolithic (early farmers) and Mesolithic (hunter gatherers) periods. A first glimpse at the phyla composition shows remarkable similarities in the community profiles of all the ancient samples (Fig. 4a). All contained the 15 phyla commonly found in the modern oral microbiome, with highest percentages corresponding to the Gram-positive phyla Firmicutes and Actinobacteria. These two phyla include commensal species critical to the formation and maturation of dental plaque. For example, streptococci (Firmicutes phylum) and actinomyces (Actinobacteria phylum) species are often the initial colonizers. The former are also the most abundant organisms in oral biofilms. But these groups also contain well-known oral pathogens (e.g. S. mutants, the leading causative agent of tooth decay).Thus, the researchers looked at the composition of each phylum in more detail, hoping to gain further insights into the microbial diversity of ancient and dental plaques and the frequency of pathogens.

In depth phylogenetic analyses revealed a shift in dental plaque composition from the Mesolithic to the Neolithic period. The dental plaque of the hunter-gathering Mesolithic humans (7,550–5,450 before present), whose diet was predominantly protein-based, were dominated by commensal bacteria in the Clostridiales and Ruminococcaceae groups associated with good oral health. By contrast, farming groups from the Neolithic (early farmers) and medieval groups contained both non-pathogenic (e.g., Clostridiales) as well as decay- and periodontal disease-associated taxa. The abundance of potentially cariogenic taxa was even greater in modern dental plaque. Potentially pathogenic groups were even more abundant in modern dental plaque. The higher frequency of cariogenic groups in human dental plaque since the inception of farming also correlated with a greater presence of the oral pathogens S. mutans and P. gingivalis (Fig. 4b). S. mutants sequences were not detected in the Mesolithic hunter-gatherers and early agriculturists of the Neolithic period (less chances of tooth decay!), but their frequency increased progressively since then, reaching highest numbers in modern humans. The periodontal pathogen P. gingivalis, on the other hand, was present in all the samples, but was more infrequent in the Mesolithic hunters than in all the farming groups. Skeletal evidence is also consistent with increases in tooth decay and periodontal disease upon the inception of carbohydrate-based diets in the farming groups. So there you have it: we (and our microbes) really are what we eat.

The results paint a grim picture: our ancestors suffered (likely a lot!) from dental maladies but we are at a higher risk for oral disease than ever before. The farming for cereals in the Neolithic introduced soft carbohydrates in the diet and shifted the composition of the oral biofilms, enriching for more pathogens. With plenty of carbohydrates and inadequate dental practices, oral biofilms provided an ideal setting for the growth of pathogens throughout the Middle Ages. Dentistry and dental hygiene practices may have improved dramatically in modern times, but social inequalities still make dental care and preventive practices a luxury for many people. We also eat great quantities of processed sugars and our mouths now provide Las Vegas-style buffets for pathogens. Not only do we carry more pathogens in our mouths than ever before, our dental plaque is also less biodiverse. In ecological terms, less biodiversity means less productivity and less resilience against perturbations. Thus, our modern dental plaque is more vulnerable to dietary imbalances and/or invasion by less productive, potentially pathogenic species than our ancestors. Yet despite the fact that I harbor more pathogens in my mouth than my medieval great-aunt, I cannot but feel relieved to live in the 21st century, with toothbrush, toothpaste, dental floss, and regularly scheduled dental cleanings at my disposal. I shall remember to hug my dentist on my next visit.