Why Do Viruses Cause Disease?

This article was first published on 7 FEBRUARY 2014 in the Virology Blog and is reprinted here by gracious permission of the author. 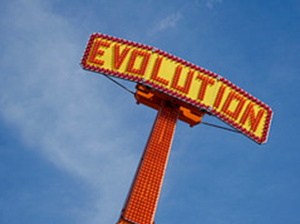 Virulence, the capacity to cause disease, varies markedly among viruses. Some viruses cause lethal disease while others do not. For example, nearly all humans infected with rabies virus develop a disease of the central nervous system which ultimately leads to death. In contrast, most humans are infected with circoviruses with no apparent consequence. Is there a benefit for a virus to be virulent?

One explanation for viral virulence is that it facilitates transmission. However, a comparison of infections caused by two enteric viruses, poliovirus and norovirus, does not support this general view. Both viruses infect the gastrointestinal tract and are spread efficiently among humans by fecal contamination. However, norovirus infection causes vomiting and diarrhea, while poliovirus infection of the intestine is without symptoms (the rare invasion of the nervous system, and subsequent paralysis, is an accidental dead end). Both viruses have successfully colonized humans for many years, so why does only one of them cause gastrointestinal tract disease?

Two recent studies of bacterial virulence provide some clues about the evolution of virulence. In one, Escherichia coli was serially propagated in the presence of macrophages, which are cells of the immune system that take up and destroy the bacteria. After many such passages, bacterial clones were isolated that escape phagocytosis and killing by macrophages. These clones had also acquired increased pathogenicity in mice. In other words, the genetic changes that allowed the bacteria to evade the immune response also lead to increased virulence.

In another example of evolution to virulence, it was found the bacterium Pseudomonas aeruginosa can sense the presence of competing gram-positive bacteria because the latter shed the cell wall component peptidoglycan. In response to this molecule, P. aeruginosa secretes proteins that kill the other bacteria. These secreted proteins also make the bacterium more virulent in a host in their absence, the bacteria are less virulent. In other words, P. aeruginosa damages its host in an attempt to remove nearby bacterial competitors.

In both bacterial examples, virulence can be viewed as collateral damage: the consequence of evading the immune response, or killing off competitors. Being virulent was not the primary goal. This explanation for bacterial virulence is straightforward and compelling: virulence is not directly selected for during evolution but comes along for the ride. Can it be applied to viruses?

All eukaryotic viruses must encode at least one protein that antagonizes host immune responses, otherwise they would be eliminated. These immune evasion proteins are certainly virulence factors: in general, when they are deleted or altered, the capacity of the virus to cause disease in a host is reduced. Like bacterial virulence, viral virulence might be collateral damage incurred by having to evade immune responses. This hypothesis is attractive but seems overly simplistic. If the ubiquitous and benign circoviruses did not evade host responses, then they would be eliminated from the human population.

The reasons why some viruses are virulent and others are not remain elusive. It is possible to reduce viral virulence by mutation, but this type of experiment does not reveal why viruses cause disease. The inverse experiment would be more informative: to select from a population of avirulent virus those that can cause disease. The results of such an experiment would help to identify the selection pressures that allow viruses to evolve to virulence.

Vincent Racaniello is professor of Microbiology at Columbia University Medical Center, virus aficionado, host of the Virology Blog, and co-host of a weekly podcast, This Week in Virology.