« The Tale of a Tubeworm and a Biofilm | Main | STC Downtime »

Pictures Considered #16 : Who Produced The First Ultrathin Section of Bacteria? 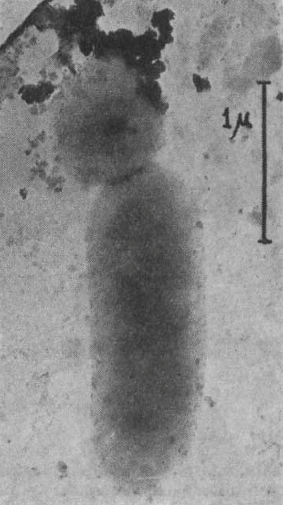 It’s hard to tell for sure, but it seems to have been a pair of investigators at the University of Southern California, Richard Baker and Daniel Pease, who published a paper in Nature in 1949 showing rather undifferentiated sections of Bacillus megaterium that lack discernible internal details. Interestingly, the very next paper in that issue was by a Swedish investigator, Helge Laurell, who used a stripping technique instead of a microtome to make sections, with no better results.The first “modern” ultrathin section was published in 1953 by George Chapman.

It took many years to sort out the various artifacts introduced in the methods of fixation and processing used. At present, the gold standard for electron microscopic studies of bacterial structure is cryo-electron tomography.