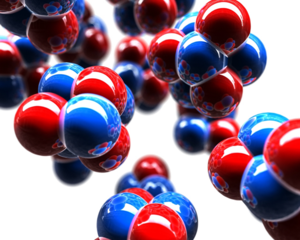 The term Parvome was introduced in 2008 by Julian Davies right here in this blog. It had been coined by Mark Martin from the Latin, parvus, for small, to describe the “humungous microbial world of small (secreted) molecules of great structural diversity” and, I should add, of immensely varied bioactivity. For ages, these have been called “secondary metabolites,” a term that was gratingly ambivalent to my ears.

I can’t say that parvome has gained much traction, which is a shame. To me, such a term is needed, and not just to expand our lexicon of “omes,” but to acknowledge its scope and import. The parvome has recently acquired a place of increasing emphasis, thanks in part to such technological developments as the applications of mass spectrometry known as NanoDESI and MALDI-TOF. These approaches have revealed that bacteria secrete huge numbers of such compounds, most of which are new to science. But what has turned out to be so exciting is that an understanding of the role of the parvome in a large variety of biologically essential processes has recast our view of bacterial physiology and ecology.

Some parvome-directed activities are known of old and are long familiar. Think of confrontational molecules such as antibiotics or the secreted toxic fragments of peptidoglycan. Others compounds identified more recently are involved in cell-to-cell signaling, e.g., the effectors of quorum sensing. Yet others, including some quorum-sensing molecules, participate in adhesion and biofilm formation, while some direct differentiation, programmed cell death, and even sex. And this is but a partial list. Mining the parvome for its constituents will provide with important hints about the ecological physiology of many microbial species because many of the compounds of the parvome point at important connections with other organisms and the inanimate environment.

Most of the work done in the early days of molecular biology did not take the parvome into consideration, partly because much ecological thinking has only come into the picture later. But there is some payback here because the model organisms of those days, the laboratory strains of E. coli, have singularly small parvomes. Parvomicini, you might say, at least in Italian.

For further discussion of the parvome by Julian Davies, see here and here.