« A Snippet: Antibiotics In The Nursery | Main | Microbes After Hours - The Microbiology of Cheese - Live Video Stream »

As is our custom at this time of year, we go over the material that has appeared in this blog over the last six months. Seems like a lot of stuff, but it’s the result of the work of quite a number of dedicated people, all of whom deserve our gratitude. 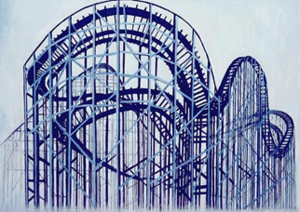 The Bacterial Chromosome. A Physical Biologist’s Apology. A Perspective. Suckjoon Jun shares his personal experience about how he morphed from a physicist into a biologist (and mighty successfully, we should add).

Flights of Discovery. Graduate student Mizuho Ota delves into the world of the “parvome,” the small molecular weight compounds secreted by bacteria and elucidated by a fancy new method of mass spectrometry.  These little compounds span a vast repertoire of functions, including serving as signaling molecules stimulated by the presence of other strains.

Adhering to the ‘Replicon Model’ the Sloppy Way. STC member Christoph Weigel introduces us to what at first glance sounds like an oddity—prokaryotes with more than one origin of DNA replication. Some archaea even have three.  Oddly, deleting two of these resulted in faster growth rates. Go figure…

Bridges Across the Periplasmic Moat.  Merry, our blogger emeritus, shares with us how the phage injection apparatus can cross the periplasmic space of Gram-negative bacteria. Some phages do it by making structural changes after absorption to the host bacteria, in some cases extending their tail to cross the various barriers on the way to the cell’s interior.

The Min System: All the Places You’ll Go! Veronica Rowlett, a U. of Texas grad student, describes a novel model that may explain the puzzling ballet of the Min proteins of E. coli. Their elaborate movements ostensibly help measure the middle of the cell so that division occurs squarely in the center.

Small Sticks of Biology.  Elio posits that amyloid proteins need redeeming because they are mainly known for causing dreaded diseases such as Mad Cow’s and Alzheimer’s, by refolding. But that’s not the whole story.  Such refolding of proteins into fibers can have beneficial consequences, as for example, in forming bacterial biofilms. The Jelly Roll of Life.  UCSD graduate student Jacy Humphries takes us literally inside the structure of a virus, in this case, one infecting a thermophilic archaeon.  Ah, the miracles of modern science.

Why Do Viruses Cause Disease? Famed virologist and friend of this blog, Vincent Racaniello, muses: “Could viral virulence be collateral damage incurred by having to evade immune responses?”

Retroviruses, the Placenta, and the Genomic Junk Drawer. Associate blogger Jamie Henzy recounts the story of how evolution can make lemonade out of lemons, by taking retrovirus genes left over from infections of germ cells and retooling them for use in forming the mammalian placenta. 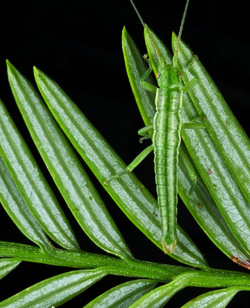 Long Distance Chats. UCSD and Harvard graduate students Eammon Riley and Alex Meeske communicate coast-to-coast to tell us how to build “biopixels”—bacteria biosensors that can be used to detect small amounts of chemicals such as pollutants.  And the bacteria do it in part by “smelling” hydrogen peroxide in the air!

The Tale of a Tubeworm and a Biofilm. A trio of UCSD graduate students, Jordan Kesner, Bryan Hancock, and Nicole Nalbandian team up to describe the wondrous feats of chemosynthetic bacteria living in marine tubeworms. The bacteria induce the differentiation of tubeworm larvae into adults, and “inject” effectors via a structure that looks just like a phage tail. These tails assemble into a special superstructure never before seen...and beautiful, to boot.

Death Toll to Persisters.  Associate blogger Marvin Friedman introduces us to antibiotics that work on non-growing bacteria, such as “persisters” from antibiotic treatment. These drugs work by enlarging the channel of a protease, Clp, making it capable of chewing up normally impervious proteins in a kind of induced autophagy.

The Cold Side of Microbial Life. STC blogger Gemma Reguera reveals that, cold though it may be, permafrost does support bacterial metabolism. If you wait long enough, you can show that microbial DNA becomes labeled with externally supplied 13C acetate. And you can even tell which bacteria are involved.

How Genetic Plunder Transformed a Microbe into a Pink, Salt-Loving Scavenger. We borrow from Lucas Browers’s blog, Thoughtomics, a piece about why halophilic Archaea constitute an entirely separate group. The answer, it seems, involves massive lateral gene transfer from bacteria, to the tune of one thousand genes in one gulp.

How Do They Make It Work? Genomic Revelations on a Bacterial Consortium. LSU postdoc Joanna Roose deals with a lovely duo of bacterial species previously thought to be one organism. One species is motile and rod-shaped, and the other species is photoautotrophic and nitrogen fixing.  Several bugs of the nitrogen-fixing species wrap around a motile cell of the other species, allowing the whole aggregate to move along. Everybody gains.

By Chance and Necessity: The Role of the Cytoskeleton in the Genesis of Eukaryotes. STC team member Daniel Haeusser comes up with a new wrinkle about the origin of eukaryotic cells, this one based on the different repertoire of cytoskeletal proteins and their regulators in Bacteria and Archaea.  Original for sure. And he even brings Pablo Picasso and Jacques Mondo into the argument.

The Oldest Gem Tells Its Tale. STC blogger Gemma Reguera explains how radiation changes the color and structure of zirconium crystals (gems in another context). Measuring this change leads to the conclusion that the Earth had cooled to a decent extent as early as 160 million years after its formation. Life may be older than we thought.

On Finding Jewels in the Junk. STC team member Christoph Weigel explains that a good deal of what was considered "junk" in chromosomal DNA are actually enhancer-binding sites with the capacity to trigger regulate gene expression. This “junk” is even involved in development of the jaws of mice. And he puts it to music!

Neanderthal Me. Associate blogger Jamie Henzy attempts to boost the reputation of our Neanderthal cousins by explaining how we share more endogenous retrovirus (ERV) sequences than previously thought. Embrace your inner Neanderthal. 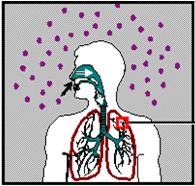 A Mouthful of Microbes. Fellow blogger Gemma Reguera bites into the topic of bacteria in the mouth, including that of ancient Europeans. Did you know that farmers and hunters each carried different sets of bacteria? The bad news is that as we approach modern times, more cavity-producing strains are to be found in the mouths of our ancestors.

The Fungus That Killed Darwin’s Frog. Gemma shares our worry about frogs that are being killed in droves by a chytrid fungus. Such man-made influences as habitat destruction, climate change, and pollution may well be involved.

The “Microbe Hunters” by Paul DeKruif - A Major Force in Microbiological History. The book that transformed many people into microbiologists.

Good Old Days #3. Van Niel and Pacific Grove. A short celebration of the summer course that turned the seasons.

Two Less. We mourn the loss of two giants of our field, Boris Magasanik and Manny Suter. 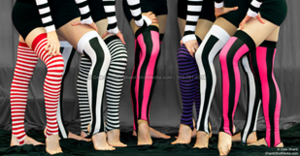 On Teaching. Stanley Falkow shares one of his earliest—and scariest—experiences in the classroom

A Letter to STC from Julian Davies. Are you less than enchanted with “Impact Factors?” Learn about one alternative.

A Snippet (by Elio) : One Fungus, Two Bacteria. Two bacterial endosymbionts within a single fungal spore?

A Snippet: Antibiotics in the Nursery. Not just ants but also beewolf wasps cultivate actinomycetes that make protective antibiotics.

#12. How Proteomics Got Started

#13. How Many Things Can Be Illustrated i n One Picture?

#16. Who Produced t he First Ultra-thin Section of Bacteria?