There Was Also A Female Lederberg 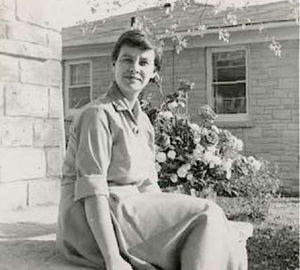 Figure 1. Esther Lederberg in her home in Wisconsin (1958, the day that the Nobel Prize of Joshua Lederberg was announced). ©The Esther M. Zimmer Lederberg Trust.

“She did pioneering work in genetics, but it was her husband who won a Nobel price.”  So said an obituary in the British newspaper The Guardian regarding Esther Lederberg, a North American microbiologist married to Joshua Lederberg from 1946 to 1966 [8]. Being married to and working along such a phenomenal scientist was not only greatly stimulating, it was also a major handicap. As long as she was Mrs. Lederberg, the success of their joint work was attributed to her husband. At 31, Joshua was already a full professor whereas Esther, who was two years older, remained an associate investigator. In an interview that followed his 1953 Eli Lilly award in Bacteriology, Joshua affirmed that this prize should have been shared with his wife. Despite that, on the occasion of his Nobel Prize, Joshua did not mentioned Esther in either of his speeches, when he received the award and during the gala dinner.

Esther Miriam Zimmer was born in 1922 in The Bronx, New York. She attended Hunter College, intending to major in French or Literature. She changed her mind and opted for Biochemistry, ignoring the advice of her teachers who told her that science offered women few career opportunities. After finishing her studies, she worked for some time at the Carnegie Institution of  Washington before going to Stanford University for a master’s degree in Genetics, working as a teaching assistant to be able to  pay for her studies. Years later she told that at that time she had so little money that she ate the legs of the frogs used for dissection in a lab course. In 1946, she finished her master’s degree and in December of that year, married Joshua. Although three years younger, he had gotten a profesorship at the University of Wisconsin in Madison. Esther followed him there and worked with him while getting her doctorate in 1950. That year she discovered phage lambda, one the milestones in her research career. 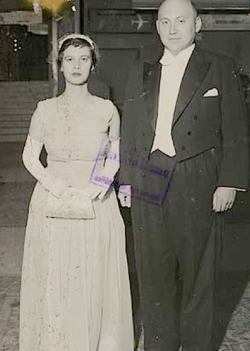 Figure 2. Joshua and Esther Lederberg at the award ceremony of the 1958 Nobel Prize. ©The Esther M. Zimmer Lederberg Trust.

In 1958 Joshua received  the Nobel Prize and the same year moved  to Stanford, where he founded and directed the Department of Genetics. Again, Esther followed her husband. For the rest of her professional career, Esther remained  at  Stanford, where she established the Plasmid Reference Center, which she directed until 1985, one year after officially retiring. Esther and Joshua got divorced in 1966.

Her love for medieval, Renaissance, and Baroque music led Esther to help organize an amateur orchestra in which she played the recorder. She kept up this interest to the end of her days, going to rehearsals and concerts even when their mobility problems forced her to use a walker. In 1989 he met Matthew Simon, who shared her passion for music and they were married in 1993. On November 11, 2006, Esther died of pneumonia.

Among her many achievements are discovering phage lambda, inventing the replica plating technique, and, along with Luigi Cavalli-Sforza from Milan, discovering the F plasmid (fertility factor or F factor). Nevertheless, the article that described the F plasmid has Joshua Lederberg as first author [4]. 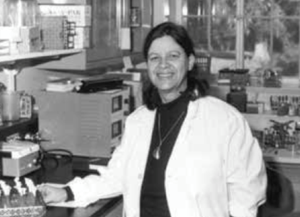 Esther  discovered lambda, one of the best known coliphages in 1950, the same year that she got her Ph.D. [1, 2]. Lambda has a property that was not known for other viruses up to then: instead of multiplying rapidly inside the host cell and killing it, it integrates its DNA into that of the infected bacterium. Its genome is transmitted from one generation to the next without harming the host organism. In fact, what is transmitted is not the virus but the instructions to manufacture it. In certain circumstances, for example when the bacterium is stressed due to nutrient deprivation, the DNA of the virus is activated. The cellular machinery of the bacterium now begins to manufacture progeny viruses, thus killing the host cell. Thus, lambda has a dual behavior. Its two life style are called lysogenic (when it maintains a stable genetic relationship with the host cell) and lytic (when it reproduces and causes lysis of the host cell). Lysogenic viruses are called temperate.

Esther discovered lambda by observing  colonies of mixed culture of E. coli K-12 and a strain that had been irradiated with ultraviolate light called W-518. Some colonies looked irregular, as if some segments were missing. This was due to the presence of the virus which, being latent in E. coli K-12, passed unnoticed, while causing lysis in the mutant W-518 strain. At first it was believed that lambda was located in the cytoplasm following the model of the kappa particles of paramecium (it was later discovered that these particles are endosymbiont bacteria [7]). But then Esther found that was incorrect; the data obtained suggested that lambda should be located on the chromosome, at a specific locus for lysogeny (Lp) linked to a Gal marker  (Gal4). In an autobiographical account, Esther wrote that at first she worked on this project alone, but was helped by comments of Joshua and other members of the lab[10].

The ease with which lambda could be grown in E. coli, the fact that it was not pathogenic (except for bacteria), and the great amount of knowledge already available about its host, soon helped turn it into a model to study other viruses that behave the same way, such as the herpes virus. In people suffering from cold sores, after a primary infection the virus is integrated into the DNA of cells in their body. In stressful situations, or when body defenses are low, the virus reveals itself again and herpes develops. The work of Esther with lambda elucidated phenomena such as the transfer of genetic material between bacteria (horizontal transfer), transduction (generalized or specialized), and many mechanisms of gene regulation.  Lambda has also found multiple application in molecular biology. Among others, it is a marker of molecular weights, can be used to build cloning vectors and in engineering recombination (recombineering) [6]. Also, in recent years phage therapy has become popular (it is not new, however; it was developed in the 1920's). With increasing resistance to antibiotics and the difficulty to find ones that replace those that lose effectiveness, phages are again in the crosshairs of antimicrobial research[8]. They being among the best-studied phages, T coliphages and lambda serve as crucial models. Unlike other fields of biology, in microbiology the unit of study is usually not an isolated individual but a population—a colony on a Petri dish. Sometimes it is desirable to have identical bacterial cultures to compare their reactions to environmental changes such as in nutrition and temperature. But, how to obtain sets of culture plates where the colonies of the same species are located on the same geometric location in different plates? It's like having a copy of a drawing or someone‘s signature using an inked  rubber stamp. Several researchers had in fact used blotting paper and metal brushes with small prongs. In 1946, Joshua Lederberg learned from E. Tatum how to replicate colonies using toothpicks.

However, it was Esther who came up with a simpler solution. She thought of to make identical replicas of a Petri dish by copying the original using velvet cotton pads. When pressing the original plate on the velvet, the little surface fibers of the fabric acted as tiny inoculating needles, transferring bacteria from each colony to the same position as in the plate from which they came. Esther checked different velvet cloths in a fabric store and chose the one whose thickness and ‘hair’ were the most suitable for her purpose. She also tried different detergents to find the best one for washing them. The article that describes this simple yet innovative technique was published in 1952 and signed Joshua and Esther Lederberg, with him as the first author[3]. Relevant to the time, the replica plating method permitted to isolate antibiotic resistant mutants that had not been in previous contact with the drug, which helped to establish that such mutants arose sponatenously and not in response to an enviromental cue.

In 1958, Joshua Lederberg received half of the Nobel Prize in Physiology or Medicine “for his discoveries concerning genetic recombination and the organization of the genetic material of bacteria” (the other half was shared by George W. Beadle and Edward L. Tatum). In his acceptance speech [5], Joshua recounted how he had enjoyed the company of many colleagues, especially that of his wife. He referred to the replica plate method and the F factor, but without mentioning the role of Esther in both discoveries.The only mention of her work was her 1950 discovery of lamdba, which she had published as the sole author. Luigi Cavalli-Sforza said of Esther in 1974 that the long collaboration with her husband prevented her from having a stable and independent job, something that she fully deserved [11].

Her ex-husband Joshua’s website in the Profiles of Science Web of the U.S. National Library of Medicine had not a word about Esther and did not even mention her death.

Mercé is a science writer and science editor with a background in microbiology, based in Barcelona, Spain. President of the Catalan Association for Science Communication (2006-2011) and Vice-President of the Catalan Society for the History of Science and Technology (2009-2011). This article first appeared in SEM@foro, a publication of the Spanish Society for Microbiology and is being reproduced in translation by kind permission. Source.