« When the Microbe Hits the Metal | Main | Esther Lederberg, Pioneer of Bacterial Genetics » 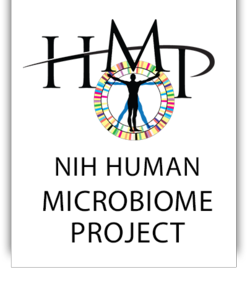 Microbiota buffs repeat it often these days, proudly reminding the public that the microbial cells associated with humans outnumber their host cells by a ratio of ten-to-one. In his letter in the February 2014 Microbe, however, Judah L. Rosner of the National Institutes of Health (NIH) makes a strong case for this number being shaky or, worse, a “fake” fact that keeps reverberating through the scientific community. Moreover, he points out, the number of bacterial and host cells is in constant flux, making the accurate measure of this ratio a mercurial undertaking.

If we declare Rosner right about these numbers being wrong, we are left wondering what might provide a better index of microbial importance in the peculiar balance of power between host and residing microbiota. Cell size is one alternative that comes to mind. Oddly enough but quite naturally, it follows a similar but inverse ratio of the cell number ratio that Rosner discredits. Thus, host cells are, on average, ten times greater in diameter than are cells of the microbiota. This size difference surely matters in terms of appearance—here, without question in favor of the host—and in overall output of metabolites, toxins, and other factors as they exert their effects or are diluted into oblivion. On the other hand, the surface to volume ratio is greatly on the side of the microbes. Their total surface greatly overshadows that of our own cells. Fascinating thought they be, however, three-dimensional size comparisons of the microbiota and host take us nowhere very interesting.

Disappointment over this dead-end leaves us with another question, not exactly the one that Rosner raised, but an important corollary. Just how much does the accuracy of the misstated host-microbiota ratio matter? After all, it is a proxy for the underlying biological point that the microbiota influences its host in important and diverse ways and has the means for doing so. Despite Rosner’s sound reasoning, it remains impressive that this ratio is anywhere close to ten to one. Say it’s one hundred to one or one to one. What is an order of magnitude or two between cell mates? 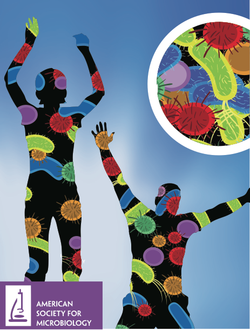 More to the point, does the cell number or cell size ratio really count for anything important? Perhaps it is some other measure altogether that really matters in this match-up. How about the relative numbers of genes on call? In the aggregate, the microbes of the human microbiota carry way more genetic firepower than does their host. Indeed, according to estimates based on data from the NIH Human Microbiome Project, bacterial protein-coding genes are 360 times more abundant than are the protein-coding host genes—a substantial difference, even if those numbers were not precise.

Of course, before anyone starts touting the approximate 360 bacterial-to-host gene ratio to impress the public, it seems right to wonder just which set of protein-encoding genes—host or microbiota—truly holds sway in this off-kilter relationship and under what circumstances. Then again, maybe it’s not this protein-coding potential that is so important, but expression of that power or the regulatory genes behind that expression, or something else—ribosome numbers, anybody?—that really matters. How about the metabolome? It is said that one third or so of the small molecular weight compounds in our blood are of microbial origin. By whatever criterion, the numbers of microbes or their activities are truly impressive. I don't think this is just about bragging rights.