« Animating the Inanimate | Main | When the Microbe Hits the Metal »

‘Tis the Season to be Sweating 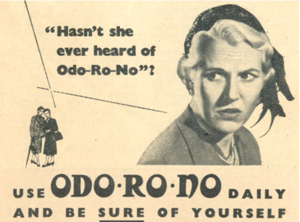 This is the time of the year of increased physical activity when we pay special attention to certain parts of the body, including the armpit. As is usually the case, our microbiota is involved because the odor associated with sweating is produced by microbial activity. The main culprits are skin bacteria, both aerobes and anaerobes. The products that hit our nostrils are medium length fatty acids such as 3-hydroxyl-3-methyl-hexanoic acid (HMHA), a compound that is released from a precursor L-glutamine conjugate. Fujii and collaborators found that one of the most active bacteria producing HMHA is a species of Anaerococcus labeled A20. This strain could be isolated from the axilla of 12 healthy people. 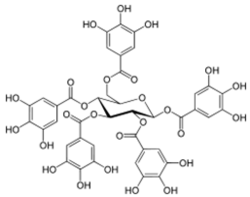 The investigators determined the sensitivity of strain A20 to antimicrobial agents such as such as Triclosan and 4-isopropyl-3-methylphenol (IPMP). Neither of this inhibited the growth of A20 at a concentration of 1%. They then tested the antimicrobial activity of 500 plant extracts and hit a jackpot. One compound extracted from a Chinese Gull plant, pentagalloyl glucose (PGG), is highly inhibitory of A20. Next, does this work on people? The investigators devised an in humano protocol that involved nine volunteers. They all took a bath, their last one for two weeks, and then donned specially washed cotton T-shirts for 16 hours a day. The volunteers sprayed PGG in one axilla, solvent in the other once a day. The relevant potion of the shirt was then cut out and allowed to “ripen” anaerobically in a plastic bag. Three judges were then asked to evaluate the intensity of odors on a scale from 1 to 5 and compare it to a standard. The treated and untreated sites were clearly different, with the treated ones being clearly less odoriferous. Sounds like we are on our way to a more effective antiperspirant.