A Symbiont Betrays Its Host 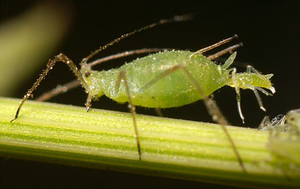 It came as a surprise to me recently to realize how much is known about the immune responses of plants and, moreover, how much there is to know. There is, I found, detailed molecular information about how our botanical cousins defend themselves against the onslaught of infectious agents. Perhaps most surprising is that plants and animals share basic mechanisms of immunity. Here I am referring to innate immunity, being that plants — like the invertebrates — do not have the adaptive immunity of vertebrates. Did these arise before the two realms diverged about one billion years ago? Or, alternatively, are they the result of convergent evolution?

When faced with infection, both animals and plants initiate a complicated choreography in which more or less defined steps follow one another in tit for tat fashion. The first step, inevitably, is the detection of the parasite by the host. The host recognizes molecular calling cards on the surface of the invader, known as PAMPs (for Pathogen-Associated Molecular Patterns) or MAMPs (for Microbe-Associated Molecular Patterns, an often preferred term), consisting of some pretty ordinary bacterial, fungal, or viral components. For bacteria, these include lipopolysaccharides, flagellins (the main proteins of flagella), and cell wall peptidoglycans; for some viruses, double-stranded RNA — particularly common among plant viruses. How is this recognition carried out? Both animal and plant cells have receptors for the MAMP ligands, called PRRs (for Pattern Recognition Receptors). Binding of a ligand to its receptor sends signals that elicits first tier immune response. The exciting thing here is that while plant and animal receptor proteins are not similar in either sequence or structure, nor do they share the same epitopes, they are similar in function and share a common logic. In the case of plants this first level of defense is called PAMP-Triggered Immunity or PTI. The invaded plant responds by making antimicrobial compounds such as oxygen-reactive species or by reinforcing its cell walls. 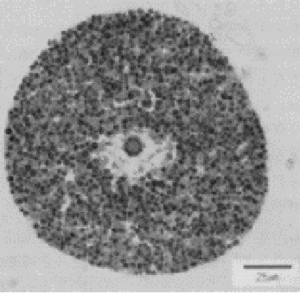 Figure 2. A section through an aphid bacteriocyte. Source

That would be the end of the story, were it not for the ability of pathogens to overcome these defenses. Typically, bacteria respond by injecting into the host effector molecules, proteins that modify defensive host proteins. The plant then deploys its second line defenses that are called R (for resistance) proteins. These do share similarities with their animal counterparts, similarities such as nucleotide-binding motifs. R proteins don’t necessarily end the crisis for the plants as the bacterial invaders may neutralize these defenses, for example by making enzymes that modify those proteins. And so it goes, back and forth, on and on…

What about the hungry insects?

Do these immune mechanisms also work against injurious insects? Some do, in part in a manner analogous to the plant’s antimicrobial defenses. However, the insect equivalents of MAMPs are few at best, and in the case of the aphids, such constituents have not yet been identified. Yet, upon aphid infestation, plants respond with a vigorous immune response. What sets it off? How do their hosts recognize them? The answers matter to us because aphids, being sap feeders that suck the plant’s sap, are highly destructive pests of cultivated plants. The answer is that aphids do carry MAMPs, but how they do this is surprising. It turns out that the component that is recognized is not part of the aphid itself, but is a microbial-made MAMP produced by an obligate endosymbiont, the bacterium Buchnera. This seems like a risky and unusual arrangement, relying on the invader’s symbiont to reveal its presence. But since the symbiotic connection between aphid and Buchnera is obligatory, one can think of the bacterium as having become an intrinsic part of the aphid.

Betrayed by your endosymbionts

How did the researchers arrive at this conclusion? They examined the saliva of 100,00 aphids — not as daunting a task as it sounds because the insects can be gathered by vigorously shaking infected plants over a plastic sheet. They found that aphid saliva contains 11 Buchnera proteins, the most abundant among them being the chaperonin GroEL, which is a highly conserved and essential protein that is quite abundant in many bacteria (it ranks about 5th or 6th among all the proteins of E. coli). It is required for the proper folding of many proteins, although that is not its role here. Boiled preparations work just as well, so what is being recognized is a molecular pattern, not a physiological activity.

Recognition is one thing, setting off an immune response as a good MAMP should is another. The investigators did indeed show that GroEL induces resistance of potato plants to aphids by cloning the Buchnera groEL gene in Pseudomonas fluorescens, a non-pathogen that is used for gene delivery to plants. The plant infected with this engineered strain induced the PTI genes and reduced fecundity of the aphids. The same effect was shown for Arabidopsis and its aphids, here using transgenic plants expressing Buchnera GroEL. Here, too, aphid reproduction was diminished and PTI genes were induced. As if this were not enough evidence, the researchers also produced the same effect by applying purified GroEL protein to the plants directly.

Convincing though these results are, it would be even more persuasive if one could manipulate Buchnera’s groEL gene directly. However, this is a distant dream because no genetic system is available to make mutants in these organisms. Like many other insect endosymbionts, Buchnera has a reduced genome that tolerates few genomic changes. In addition, GroEL being an essential protein, mutants would not be viable, so one would have to make conditional mutants — hardly an easy task in this scenario.

One pesky question that needs to be asked is how this Buchnera protein finds its way into the aphid’s saliva. Insect endosymbionts are usually located within specialized cells called bacteriocytes that are located far from the salivary gland. Notably, bacteriocytes are not totally stable but are degraded after the aphid reproduces. It seems possible that at this stage the bacteria or their remnants are shed into the hemolymph, the circulatory fluid of insects, and eventually reach the salivary gland by this route.

The aphid endosymbionts announcing so loudly the presence of the infecting aphids is of benefit to the plant, not to the parasite. In keeping with the usual give-and-take between host and pathogen, one would think that the aphids, or perhaps their bacteria, would have evolved a strategy to counteract the plant’s defensive responses. Could this situation be turned around for the benefit of the pathogen? This has not been shown for aphids — at least not yet — but has been demonstrated with Colorado potato beetle larvae, whose secretions inactivate host defenses. These insects carry bacteria in their oral secretions that suppress the defensive responses of tomato plants. So, some insects use symbiotic bacteria to facilitate their pathogenic action and in others, the bacteria signal their presence to activate host defenses.

I wonder if underlying my professed ignorance of plant immunity is a case of zoocentrism, a greater affinity for my fellow animals than for plants. Such an attitude would be a mistake. Plants have much to teach us, including stuff of relevance to our mobile world. An example is RNA interference, which was first discovered in plants — petunias in fact. And there is much more. I am not advocating that we adopt phytocentrism, just a sense of balance in our regard for all multicellular living things.

This subject was discussed in episode # 82 of the podcast 'This Week in Microbiology'.