This articles is reprinted by kind permission of the author from her Scientific American  blog, The Artful Ameba. 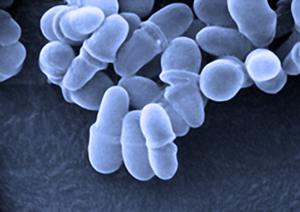 No more. Thanks to the efforts of scientists over the last 10 years, we have discovered that our sweet little skin fungus is actually a cosmpolitan extremophile as at home on your scalp as in deep-sea sediments, hydrothermal vents, stony corals, lobster larvae guts, Japanese eel gut and muscle tissue, Antarctic soils, the exoskeleton of soil nematode worms, and various plant roots including orchids, who are known for being picky about their root fungi.

The ribosomal DNA sequences — sections often used to gauge relatedness of species — of the Malassezia in all these places is "nearly identical" to that found on humans. In the figure below from a review published today in PLOS Pathogens, the human sequences are a pea-soupy yellow, and you can see how they are interspersed with oceanic environmental sequences. The sequences labeled with black stars at right share 99% or greater identity to Malassezia restricta, a human "skin associate".

Anthony Amend, a scientist in the Department of Botany at the University of Hawaii at Manoa, who wrote the review, believes this suggests either that all these fungi only recently evolved into their niches, or that this fungus is mind bogglingly tolerant of the worst that Earth has to offer (I'd put my money on the latter). It further suggests, he says, that the fungi have repeatedly moved from land to sea and back, a pattern that surprisingly is not unusual of other marine fungi and yeasts. Fungi might be especially suited to do this thanks to their chitin (KI-tin) cell walls (chitin is also used, in a great evolutionary coincidence, to make the shells of crustaceans and insects), which would protect the cells from the pressure and salinity of the deep ocean. 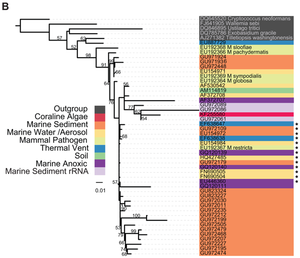 Malassezia make their living by digesting fats. They lack the ability to synthesize fatty acids of their own, making them reliant on the work of others. Indeed, their genome contains fewer than 5,000 genes and is among the smallest of fungi still capable of living freely. On humans, they are the most abundant fungus on the skin of both healthy and diseased persons. Scientists have known since the 19th century that the fungus plays a role in some cases of dandruff and eczema, but that it also coexists peacefully with many others.

It was and is difficult to study the fungus, though, because its reliance on a fresh supply of gourmet fatty acids makes it incredibly difficult to cultivate on the sort of mass-produced laboratory chow that scientists typically use to culture fungi with less-refined tastes. Amend describes culturing the fungus from even the well-described niche of human skin as "a hit-or-miss affair, involving media that requires a variety of specialized and exotic fatty acids."

And yet for such a finicky fungus, it now appears that it has no problem surviving in pretty much any environment except Petri dishes. Using DNA barcoding techniques that sample standardized sections of environmental DNA with high mutation rates (thus bypassing the need to culture organisms in the lab), scientists have discovered these fungi just about everywhere, especially M. restricta. They don't care about our skin in particular; they appear to be happy with just about any skin or outer coating, and have turned up, in addition to the long list at the top this post, on captive seals, marine sponges, and the surface of healthy scleractinian coral colonies.

But what is it doing there? Malassezia seems to employ a range of feeding strategies depending on the circumstances, from passively feeding on waste products (saprotrophy) to actively parasitizing their hosts. They may bide their time as saprobes patiently waiting for the host to sicken and become easier to exploit, making them something like "latent pathogens". But figuring out exactly what role they are playing — whether symptom of disease or cause of disease — will be very difficult without the ability to capture them in a culture plate in isolation from any other organisms, and as yet, no one has managed to do this for any marine Malassezia.

When I was in grad school, a mere 12 years ago, it wasn't even thought that fungi occurred in the ocean outside the occasional bit of driftwood. Now we know that fungi are abundant in ocean sediments, on ocean animals, and possibly even ocean water. In this review, I even ran across the term "mycoplankton" for the first time. It's such an exciting time to be a biologist.

Given how recently we discovered that fungi fill the ocean, it's little wonder we know so little about a fungus that seems to dominate ocean communities in general and the surface of so many living organisms in particular, whether animal or plant, terrestrial or deep sea, tropical or polar. Amend says Malassezia fungi — which I'd never even heard of until this week — "likely rank among the most widespread fungi on the planet". Yet our recent profound ignorance of this — in spite of the fact that you probably have this fungus living on your skin this very moment — highlights how much exploration remains to be done in fields like microbiology and mycology, and how many exciting mysteries remain to be solved. All we have to do is look. 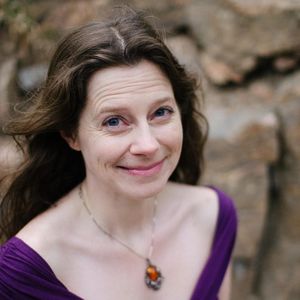 Jennifer Frazer is a AAAS Science Journalism Award-winning science writer. She has degrees in biology, plant pathology/mycology, and science writing, and has spent many happy hours studying life in situ.