« Bacterial Hopanoids – The Lipids That Last Forever | Main | TWiM #88: A Century of Excellence in Microbiology » 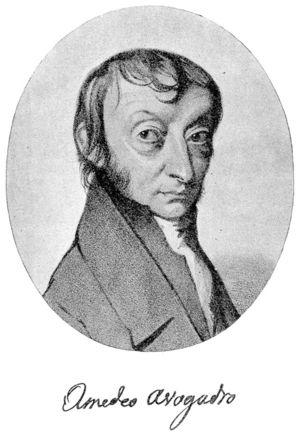 If you multiply the number of bacteria thought to exist in one human being, say 1 x 1014 by how many humans there are, about 6.6 x 109, you get close to a familiar number.

And who was Avogadro anyway? Some eponyms fail to do justice to the éponymee. My favorite example is Amerigo Vespucci, whose name is on all the land of this hemisphere but about whom most people, me included, know nothing. So with Avogadro, which is why I looked it up. I found out that in 1811 he proposed that "at a given temperature and pressure the volume of a gas is proportional to the number of atoms or molecules regardless of the nature of the gas." Pretty good stuff for the times. In 1909, a French physicist, Jean Perrin, proposed that this constant be named after Dr. A. The favor was repaid because Perrin later went on to get the Nobel prize in Physics for actually determining the value of the constant. He could have gotten a close value by counting the total number of bacteria in all humans instead.

Amadeo Avogadro was born to a noble family in 1776 and died in 1856 in Turin, where he was professor of Physics. He was active in a revolutionary movement that succeeded in establishing a constitution for the Kingdom of Piedmont. For a period of 10 years, he was removed from his academic chair but he eventually returned to it.