Five Questions About the Foraminifera

Why Are They Interesting? 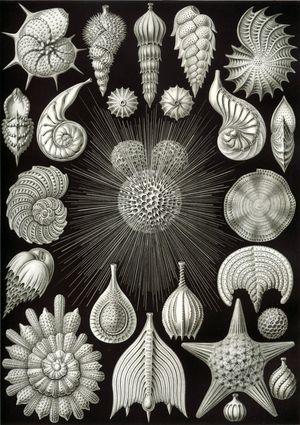 Figure 1. A collection of shells of Foraminifera depicted by Ernst Haeckel, a German polymath who, around the turn of the 19th century, made outstanding contributions to taxonomy and philosophy. He coined many terms in common use today, e.g., ecology, phylogeny, protists, and stem cell. He also drew outstanding illustrations of sea microbes and other creatures.

The Foraminifera ("forams") are among the largest and most abundant of all unicellular organisms. They can reach 20 cm in length and 18 cm in width, and the shells surrounding them are even bigger, up to 30 cm in length. They have existed in prodigious numbers that the remnants of their shells have become enormous limestone deposits. Fossil foram shells make up the limestone rocks that were used for the construction of the pyramids of Egypt.

The forams use a variety of building blocks to make the'houses' — called 'tests' — in which they are enclosed. Most favor calcium carbonate, which they secrete, while others make extracellular polysaccharides. Yet others spare themselves this trouble and pick up small sand grains or even the shells of other protists or spicules of sponges and glue them together into the desired shapes. In the larger forms, the shells have multiple chambers arranged in a spiral, somewhat like those of a whorl shell or a Nautilus mollusk (which caused some confusion about their true nature in the early days). The chambers are connected by apertures that allow communication between them.

Please pause and marvel at the architectural skills of these unicellular craftsmen. Try to imagine a single foram in the process of patiently building its shell by gingerly selecting particles of the same size and carefully placing them, brick by brick as it were, in the right geometric orientation while at the same time providing the mortar for gluing them together. At the end of the process, try to imagine the proud cell turning around to proclaim a foram's equivalent of "Aah!"

Where Do Forams Fit In The Scheme of Living Things? 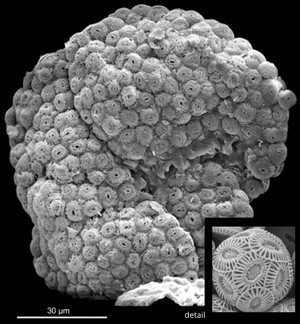 Figure 2. A foram’s 'house' made up of the shells of the coccolithophore Emiliana huxleyi. This requires selection for particles of a certain size, an ability shared with skilled humans. Notice that the plates of the algae are laid down with the precision required of an experienced mason. Source

Forams are protists, specifically amoebas, although you may not think so at a glance. They do not make the familiar pseudopods, but instead sprout a large number of thin, very long extensions called reticulopodia. The organisms get their name from the fact that their shells are pierced by holes ("foramina") through which the reticulopodia protrude. These filamentous structures serve the typical pseudopodal function of catching food particles such as bacteria and diatoms, but they also do much more. They are said to be involved in increasing surface area to facilitate more respiration, in shell building, in adhering to a substrate or burrowing in the interstices of the sediment, among other things. Reticulopodia stick to one another, creating a network that has been called an "animated spider web." They are indeed ingenious structures. Forams are so abundant that the network of these protrusions may cover the sea bed.

Forams belong to a special phylum, although their taxonomic rank is not yet settled. Perhaps 10,000 species have been proposed. Not all are gigantic. In fact, they typically measure 50 to 500 μm in length.

This is not the only group of protists that can build houses. This skill is shared with the Amebozoans, which also make elaborate structures. The two groups are distinguished by the Amebozoans having lobe-shaped, not filamentous pseudopodia.

Can this house building be described as behavior? Mike Hansell says: "The assembly process is probably best described as 'behaviour-like' as it is wholly intracellular, but what it achieves is to allocate particles of different size to particular places, creating a species-distinctive architecture. The collection of the building material is a more obviously behavioural process; the organism must have some mechanisms, however simple, to pick up the appropriate types and sizes of particles and in sufficient quantity to create a new case."

Where Do You Find Forams?

Forams live in huge numbers in ocean sediments, although a few are pelagic. They are found at all depths of the ocean, including the deepest location — the Mariana Trench. Since calcium carbonate is soluble at such extreme pressures, these Mariana Trench forams make their shells of organic material instead.

But it is their fossil shells that catch our attention. Starting when forams arose in the Cambrian, some 500 million years ago, foram shells became rocks of gigantic proportions. Their exceptional preservation has been a boon to paleontologists for paleoclimatological and other kinds of studies. Using isotopic trace elements, fossil forams enable us to assess temperature and carbon cycles. They are also helpful in determining the health of coral reefs. Because forams are precise indicators of the age and condition of rocks, they are useful in petroleum exploration.

What Do Forams Eat, Who Eats Them?

Forams have varied appetites and feed on many of the organisms found in their environments: bacteria, unicellular algae such as diatoms and dinoflagellates, and even small animals such as copepods. In turn, forams are eaten by small invertebrates and fish. Because of their abundance, they are thought to be important intermediates between smaller and larger constituents of the food web. 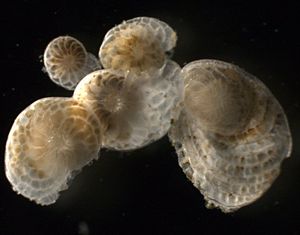 Figure 4. A few cells of the foram Heterostegina. Source

Indeed they are, especially in tropical waters where competition for food is severe. Unlike the giant clams that specialize in partnering with dinoflagellates, the forams harbor a great variety of unicellular algae, including diatoms, green and red algae, and dinoflagellates. Such variety may come in handy for using different wavelength of light at different depths in the water column. Some 'kleptoplastic' forams just retain the chloroplasts of the symbionts and spit out the rest. Others, the giant Xenophyophores, once described here, are said to cultivate bacteria for food.

The search for foram symbionts is described in vivid terms by Lorraine Casazza in her blog "Pyramids, forams, and Red Sea reefs." She writes about her work with the genus Nummulites: "Searching for Nummulites in Egypt isn't so different from searching for sand in the Sahara Desert; nearly the entire country is made of them — or more specifically, from limestone rock composed of their shells. Every set of stairs, countertop and bathroom wall I encountered was full of Nummulites shells." By using stable isotope analysis, she determined that these fossil forams did indeed associate with algae. But read it for yourself. It's a bit more convoluted, but still a very good story.

I found it hard to have a detached scientific response to reading about these fascinating organisms. They vie for attention by both their beauty and their advanced engineering skills. Do you think that the complex things that the forams do can be understood simply by gazing at their genome? We know the answer...