« Five Questions About the Foraminifera | Main | The Fountain of Youth »

We received this query: 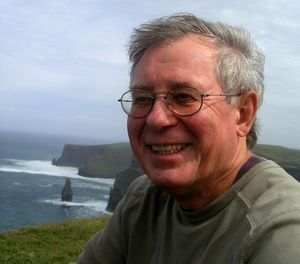 »I enjoyed the article on your blog 'Six Questions About CRISPRs' by Merry Youle. I am an ex-lambdologist, having quit phage lambda in the early 70s and moved to GM-plants. There is one thing about CRISPR that I do not understand: Why did lambdologists not find CRISPR?
They found phage resistance and lysogeny and restriction systems but not CRISPR. I suppose that they were happy that phage resistance was MalB and never looked any further, though. 27 lambda-resistant mutations were mapped by Thirion & Hofnung and they all mapped in malB/malT. I hope that you or Merry Youle can help me?
Best regards
John Davison«

We turned to Udi Qimron, a microbial geneticist and expert on CRISPRs for help. He responded: 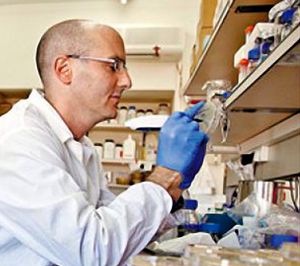 »The answer to why lamdologists did not identify CRISPR-Cas systems is basically because they could not. The CRISPR-Cas system is inactive in E. coli  due to the H-NS regulator (encoded by the hns gene). Both the adaptation and interference steps are repressed in the presence of H-NS. Therefore, the system does not acquire new spacers naturally (see here) and even if it did, these spacers would not protect, as the relevant interference proteins are not expressed. Resistance against phages in E. coli  will thus be much more easy to achieve by other means, especially by adsorption mutations (e.g. in LamB). Thus, even now, there is no wild type E. coli that one can "train" to protect from phages using the CRISPR-Cas. Using an hns− mutant, one could, over the course of two weeks, gain protection against plasmids (e.g. see here), and potentially against persistent phages such as M13. However, the probability that one would carry out such experiments over such a long period, in the specific mutant, without prior knowledge of the CRISPR-Cas is unlikely.
In other bacteria, such as in Streptococcus thermophilus, the system actually serves as the dominant defense system (with nearly all phage resistance occurring due to this system) and were some "lamdologists" studied this bacterium, they would easily identify it, as did Barrangou et al. in 2007.«

Figure on main page: A bunch of Lambda phages. Source