ASM traveled to Colombia to speak with and film the researchers behind an innovative biotechnology project that is producing exciting results. The international Swiss – Colombian collaborative research team from the University of Lausanne – Switzerland, the Universidad Nacional de Colombia, and the Universidad de la Salle – Utopia campus has been working to create and test novel strains of arbuscular mycorrhizal fungi (AMF) to improve cassava production.

AMF forms symbiotic relationships with the majority of the world’s plant species, including cassava and other major food security crops. By colonizing internal structures within the plant and extending its root system, AMF transports nutrients such as phosphate to the plants from inaccessible areas and sources in the soil. In exchange, the plant provides carbon to AMF species that have colonized the plant.

The research team’s studies show that, with the inoculation of certain AMF strains, only half of the necessary phosphate amendments are needed in nutrient-poor tropical soil to produce an equal or greater amount of cassava yield. On a large scale, this technology could potentially provide a more sustainable approach to resource management, allow small shareholder farmers to reduce their input costs, and help create a food secure future for many. In fact, an early model for this success is already being realized by graduates of the Utopia campus, all of whom come from conflict and post-conflict zones. By utilizing their education in agronomy in conjunction with this technology, they can begin rebuilding their home communities while ensuring a food secure future for Colombia and the greater global community.

We hope that you enjoy this Cultures production and the incredible work of this international collaborative team of scientists who are finding ways to help tackle issues surrounding a major food security crop. Their story and work is multi-faceted, overcoming geographical distance to address an issue that affects people in over 100 countries worldwide. In the spirit of Cultures, we invite you to ask questions about their work after you see the video. Dr. Ian Sanders, who leads the research team at the University of Lausanne, Switzerland, will be answering some of those questions over the next week. Please submit your questions to the discussion at the bottom of the blog. Most importantly, enjoy! 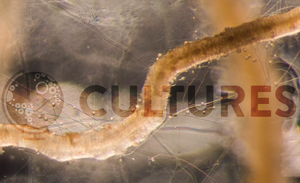 Cultures magazine is a quarterly publication at the American Society for Microbiology that explores the nexus of science, policy and global challenges we all share by bringing diverse voices to a common platform. Now in its second year, Cultures is being read by some 50,000 people in 160 countries, reaching young scientists in some of the most remote regions of the world. Past contributors to the magazine include President Jimmy Carter, Congresswoman Louise Slaughter, and CDC Director Tom Frieden. We are excited to announce that the first issue of this year, which will launch online next week, includes the voices of Dr. Jane Goodall and other top scientists who provide guidance on creating food systems for the future. In addition, Cultures has produced its first ever video production, exploring food security through fungal genetics to improve cassava production in Colombia.