As friends gather at the dinner table, you open that bottle of wine you've been saving for a special occasion. You pour out a small amount in a stem glass, swirl it, and bring it to your nose. You detect the aroma of various fruits and a hint of flowery scent with a note of honey. In your connoisseur's ways, you proclaim: "Travels well!" Your friends stand in awe at your enological savvy. So, whom do you have to thank for it? It's the yeast, which have obliged you by making a whole slew of aromatic compounds that gave the wine its flavor.

Take a nice Loire white wine, such as a Chenin Blanc, aged six-months. Among the scents you are asked to discern are those of pears (ethyl acetate), apples (ethyl caproate), bananas (isoamyl acetate), plus a fruity, flowery flavor (2-phenylethyl acetate) and many others. Saccharomyces yeast is most accommodating in this regard as they not only carry out alcoholic fermentation but they also impart the flavor to fermented beverages. To make a fine wine, then, it takes a special grape and terroir, no less to the point, a certain strain of yeast plus some other vintner's tricks. 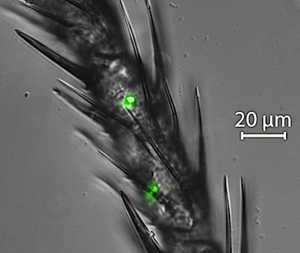 You may ask, what's in it for the yeast? The answer can be found in a fun paper from Belgian researchers who discovered that the volatile aromatics made by yeast attract fruit flies. Yes, exactly the ones that love to drown themselves in your glass of wine. As those of you who have grown Drosophila in the lab well know, they love to eat yeast. In fact, it's their principal food. But the yeast cells not only get eaten, they also stick to the hairy legs of the fruit flies and are thus transported over long distances. For sessile organisms such as yeast, this is a distinct advantage. Plus, when the yeast make spores, they may also survive the trip through the digestive canal.

Yeast strains produce lots of volatile compounds but only some attract the flies. These are all acetate esters: ethyl acetate (pear aroma), isoamyl acetate (banana aroma), and phenylethyl acetate (flowery aroma). Just why these compounds have been so selected is not known. But this is somewhat surprising, given that together they comprise only about one tenth of the total volatiles in a typical fermentation. These attractants are all made by an alcohol acetyl-transferase encoded by gene ATF-1. The researchers compared wild type and AFT-1 deletion mutants (or mutants supplemented with the esters) finding that only in the presence of these particular compounds were the flies attracted. They measured attraction by placing the flies in a chamber with four ports, one of which was used to introduce the esters. It's well worth seeing movies of the flies eagerly piling up in that corner, to be found in the paper's Supplemental Material, movies S2 and S3). 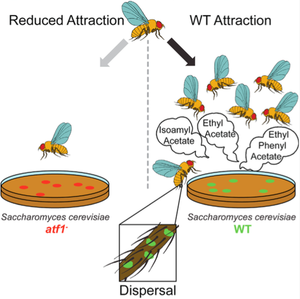 Figure 2. Graphic representation of the results of this study. Source

How do the fruit flies tell that the attractants are present? The flies smell these compounds via neurons in the antennal lobe of their brain whose activity can be measured via a transgenic calcium indicator called GCaMP6m. The yeast odors from the wild type stimulated the flies' neurons, those from the ATF-1 mutant much less so. In addition, placing a fly on an agar plate containing the wild type and mutant strains resulted in a four-fold greater dispersal of the wild type. The conclusion is clear, the aroma-producing yeast help their transporting partners along. As the authors say: "...our results uncover the molecular details of an intriguing aroma-based communication and mutualism between microbes and their insect vectors."

Should you be interested in using the lab strains of S. cerevisiae for extracurricular purposes, don't! They have forgotten how to make the bouquet-enhancing compounds. You would be left with some kind of dilute rot gut!