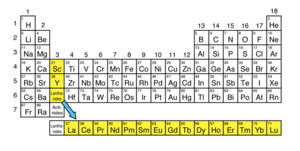 We live off rare earths, which have become essential to our way of life. These elements are integral components of the gadgetry of the modern world, and in a big way. Lanthanides, as they appear in the Periodic Table, are used in the manufacture of a large number devices that we depend on, such as TVs, smart phones, computers, efficient light bulbs, touch screens, lasers, solar cells, and batteries for hybrid cars. The amounts used are not trivial: a Prius has about 25 lbs. of them in its electric motor and the F-35 fighter plane nearly one half ton in its weaponry. What makes them desirable are their powerful magnetic, fluorescent, and superconductive properties, all due to their electron orbitals. You could say with no fear of contradiction that they are indispensible and critical to our way of life. However, they are hard to mine. The name given these 17 elements rare is hugely misleading. They not actually rare, just hard to recover in a useful form. The good news: there is a potentially valuable microbiological side to this story. 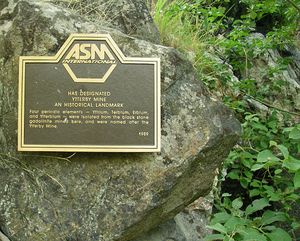 Figure 2. A plaque in the island of Ytterby, Sweden. Note that here 'ASM' refers to the American Society for Metals, not to our esteemed ASM, which also places commemorative plaques in worthy sites. Source

An aside first: The names of four of the rare earths are playfully derived from that of the Swedish village of Ytterby, located on an island some 10 miles from Stockholm. These are yttrium (Y), erbium (Er), terbium (Tb), and ytterbium (Yb). They and three other interesting non-rare earth metals (holmium (Ho), thulium (Tm), and gadolinium (Gd)) were all discovered in ores from a mine near this village. How many places, big or small, can claim such an impact of the Periodic Table? The historical reason for these appellations, by the way, is due to the eminence of Swedish and Finnish chemists in the 18th and 19th centuries (think Arrhenius and Berzelius, not to forget Carl Scheele).

Rare earth elements are present in many rocks, but in small concentration. Extracting them is not easy. It depends on using a lot of toxic materials, such as strong acids, plus a lot of water. The technology for doing this is well known. But, for a mix of economic and environmental reasons, little in the way of rare earths is mined in the Western world at present. The main source of these materials is currently China where, thanks to a huge economic investment, about 90% of these elements are mined. Not surprisingly, this has become a source of strategic concern in some quarters. 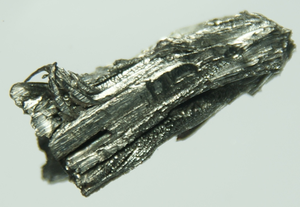 Enter talented microbial miners: Bacteria and fungi have been used for a long time to extract minerals from ores ("bioleaching"). At the head of the list is copper, some 20% of which is extracted via bioleaching. Others minerals, including gold and uranium, can be enriched by these methods as well. It takes less energy and much less water to do it the microbial way, and in places such processes are used on an industrial scale. So, it's to be expected that attention turns to involving microbes in the enrichment of rare earths. A paper (with only two authors, how about that!) describes the isolation and characterization of a new fungal species that is singularly capable of accumulating the element dysprosium (Dy), one of the rare earths. Why dysprosium? This element is especially valuable because it is not readily available and there is an expanding demand for its use in heat resistant magnets.  The name is particularly apt: "dysprosium" is from the Greek for "hard to get." 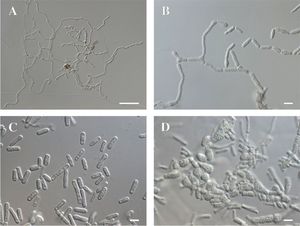 The authors isolated fungi from 72 acidic waste waters from abandoned mines and other sites in Japan. They grew environmental samples in pH 2.5 basal salt liquid media containing 100 mg/L dysprosium. They selected one, an Ascomycete called Penidiiella sp., strain for its good growing ability. After 2 − 3 days in culture, this organism reduced the dysprosium in the supernate of the growth medium by 50% and its mycelium contained an impressive 46% dysprosium by weight. The measurement was carried out using a technique called inductively coupled plasma-atomic emission spectrometry (ICP-AES). This strain, called T9, grows best at pH 2 to pH 5. Six other rare earths were similarly sequestered whereas other metals (aluminum, zinc, gallium, manganese, cobalt, and copper) were not. By using scanning electron microscopy coupled with energy-dispersive X-ray spectroscopy (EDX), dysprosium, along with phosphorus, was seen to accumulate all over the fungal cell surfaces. This suggests that dysprosium may interact with phosphorus on the cells' surface, a fact that may be useful in figuring out the mechanism involved in its deposition. The ability of this fungus to accumulate large amounts of rare earth elements and to do it under acidic conditions may make it especially suitable as a biocatalyst for recovery of these metals from acidic drainage. 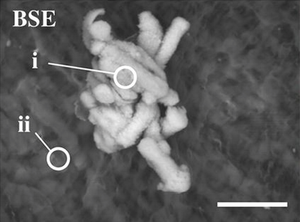 This work is but one of a series dealing with microbes and rare earths, a subject that has received considerable attention for reasons other than its practical uses. There is a significant literature on this subject, neatly presented in an annotated selection of websites. In several instances, rare earths have been shown to bind to bacteria, often on their cell walls. In some cases, bacteria make siderophores or carboxylic acids that have been implicated in the accumulation of these elements.

Interestingly, there is one instance where rare earths are essential for growth of a bacterium. Meet Methylacidiphilum fumariolicum, a member of the Verrucomicrobia found in hot volcanic pools outside Naples, Italy. It grows optimally at pH 2 − 5 and temperatures of 50 − 60°C. The reason for this growth requirement? The organism is a methylotroph, it uses methane or other one carbon compounds as its energy source. The enzyme needed for this process, methanol dehydrogenase, requires rare earths such as lanthanum, cerium, praseodymium, or neodymium. 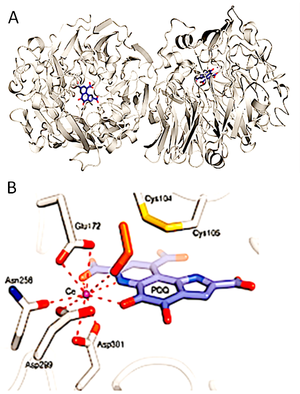 Why does the enzyme work better with rare earths than with calcium, as is found in other organisms? The authors propose that "Lanthanides (III) are much stronger Lewis acids than Ca(II) and thus are likely to render the C5 of the cofactor pyrroloquinoline quinone (PPQ) a stronger electrophile, making it easier to remove electrons from the substrate". One other notable fact: to accommodate a lanthanide atom, which is slightly larger than the often encountered calcium, the organism has selected different amino acids for its metal binding site. Here, a threonine substitutes for a proline, which in turn pushes the coordinating alanine away from the metal. Not a bad biochemical engineer, Methylacidiphilum !

To return to the uses of microbes for extracting rare earths from ores, this may require considerable development work and investments. Bioleaching tends to be slow, but, like most biological industrial processes, can be subject to improvements. It may ask for a stretch of the imagination to picture fermentation techniques competing economically with mining, but if the price of the metal remains very high, this may indeed prove feasible. Thus, we can look forward to new chapters in the ways microbes impact positively on our lives. And we can hope that in the process of developing this new world, we may learn more about microbial ecology and the participation of microbes in geobiological events and their contributions to the affairs of this planet.