« A Whiff of Taxonomy (….and Pathogenesis): Akkermansia muciniphila | Main | Measuring Up »

The Louse And The Vaccine 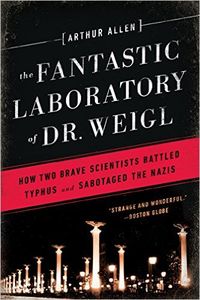 Several events in my life that I will recount below have combined to make me feel connected to the rickettsiae. Consequently, I was drawn to a recent book somewhat bombastically entitled "The Fantastic Laboratory of Dr. Weigl" by Arthur Allen. It centers on an astonishing microbiological story that took place before and during World War II, centered around the making of an effective typhus vaccine. This vaccine became an instrument of war, and its production involved intrigue, deception, and, in great measure, heroism and high class science.

One of the great concerns of military physicians in time of war has been the spread of epidemic typhus among the troops, a high-mortality disease that can have disastrous consequences. The rickettsiae that cause this disease are bacteria, intracellular in humans and lice, transmitted by the body louse (but curiously, not by the everyday head louse). Body louse infestation is the hallmark of poverty, lack of hygiene, and crowding. In other words, it’s a companion of war combatants. As the Germans and Russians in 1939 invaded Poland, where typhus eventually became prevalent, they became fanatically worried about the spread of the disease and went to great lengths to obtain vaccines that would prevent it. Successful anti-typhus vaccines were not readily available, due to difficulties in working with the rickettsia. In particular, these intracellular bacteria do not grow on artificial lab media, and cell culture techniques had not been developed sufficiently to be of use for growing them. Not only that, most laboratory animals are relatively unaffected by the human agent of typhus and are thus not capable of providing large amounts of vaccine. Besides vaccination, the other available control measure was delousing. Although this was considered an effective way to control typhus and was done on a large scale, it could not always be carried out under wartime conditions. In time, the American Army found that fumigating people with DDT was indeed an efficient way to get rid of lice and control typhus, but that came much later. 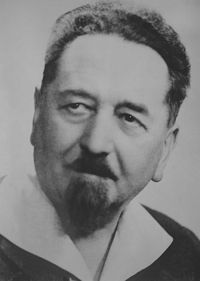 The most successful anti-typhus vaccine of the 1930’s had been developed by Rudolf Weigl, a Polish investigator and biology professor whose name is in the title of Allan’s book. He was a well established scientist at the University of Lwów (now Lviv, by default), and had been repeatedly nominated for the Nobel. At the time, Lwów was a major center of learning, science, and culture. The city was successively occupied by the Russians (who slaughtered 14,000 Polish officers in Katyn Forest and deported untold more to Siberia) and then the Germans. In 1944, it was again taken over by the Russians, who did some thorough ethnic cleansing and thus converted what had basically been a Polish city (it had been 62% Polish and 24% Jewish) into a then Russian/Ukrainian one. Through all this tumult, Weigl managed to run an efficient and productive lab, centered during the war years on the production of his vaccine. He was allowed to carry on and run his lab because of the high priority the Germans and Russians put on the vaccine effort.

The Weigl vaccine was a genuine tour de force. Lacking regular experimental animals in which to grow the rickettsiae, Weigl turned to lice, in which these microorganisms grow abundantly. But for that you need a louse colony. How to establish one? Get people to volunteer to strap on their legs little lice-containing cages and let the lice bite them and suck their blood for an hour, which provides the required blood meal. The "feeders" included a number of intellectuals and scientists, some Jewish, who survived because the Germans deemed them essential to vaccine production. 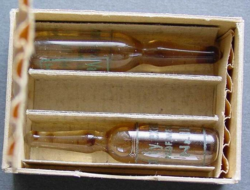 To make the vaccine, healthy lice were then given an enema of a rickettsial suspension, administered by a steady-handed "inoculator" using a very thin cannula. Skilled "injectors" could inject up to 2000 lice per hour. After a week or so, the germ-laden louse midguts were harvested and ground in Weigl’s mortar. Phenol was added to the suspensions, and, a few manipulations later, the vaccine was ready. Details of the preparation can be found in an article by Krynski et al.

Recently, I had the good fortune to have a most informative phone conversation with Waclaw Szybalski, an eminent synthetic molecular biologist and professor at the University of Wisconsin whom I have known for many years. Szybalski, who has written a fine article on Weigl, figures prominently in the book. Among other reasons, as a young man of 19 to 23, he had been in charge of the feeding operation of Weigl’s louse colony. He describes how this was done in this article. His brother Stanislaw, 6 years younger, had worked there as a "harvester" or "preparator," collecting the midguts of the infected lice. Both Szybalskis told me that they attribute their survival to their job in the Weigl lab. 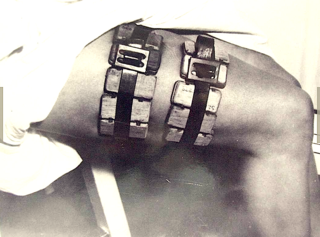 A particularly touching aspect of the story is that the Weigl lab produced vaccine lots of different potency, the stronger ones being given to resistance fighters and smuggled into ghettos, and the weaker ones supplied to the German Army. All this was done under the probing eyes of the Germans, thus it involved huge risk. Had this ruse been discovered, it would have meant certain death. According to Szybalski, among those employed in the Weigl Institute and thus sheltered were members of the WWII Polish Underground (Armia Krajowa orAK), including members of a branch known as "Zegota," the only secret organization in Hitler-occupied Europe especially dedicated to protect Jews. For his contribution to saving Jews, Weigl was named "Righteous Among the Nations" by Israel.

Along with the vaccine story, another one involving both microbiological savvy and extreme courage unfolded in a small town in southwestern Poland. There, two young physicians, Edward Lazowski and Stanislaw Matulewicz, devised a way to shield both the local persons from being sent to Germany as slave laborers and Jews from certain death. The two took advantage of a serological quirk, namely that rickettsiae and strains of a fairly ordinary bacterium, Proteus vulgaris, happen to share a common surface antigen. For this reason, detection of antibodies to Proteus could be used as a diagnostic test for typhus. This Weil-Felix test, so-called for its discoverers, has fallen into disuse because it’s neither sensitive nor particularly specific. However, at that time it was the handiest way to diagnose typhus cases and was widely used. The two physicians figured out that injecting killed Proteus cells into people would render them Weil-Félix positive, even though they didn't have typhus. When they dutifully sent the sera of these people to German labs, the reports came back as typhus positive. Thinking that the village was a hotbed of typhus, the Germans declared it an epidemic zone and therefore off-limits, which saved its inhabitants from harm. Consider the courage involved: had the Germans examined any of these patients, they would have found them to be free of typhus, and thus would have uncovered the ploy, with horrible consequences. 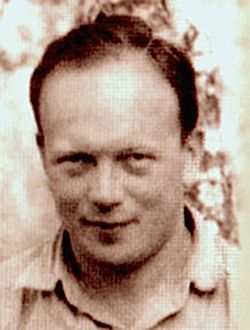 This remarkable story, which inexplicably is not mentioned in the book on Weigl, took place in a village about 15 miles from Tarnobrzek, which is the town in southeastern Poland where my mother’s family had lived for many generations until leaving during the First World War. I traveled to that town a couple of years ago but was unaware of the heroic event that had taken place in the vicinity. So this is one of my personal "rickettsia threads."

But there is more: just after getting my PhD at the time of the Korean War, I was assigned to the rickettsiology lab at Walter Reed in Washington DC. There, as a private, I was given the order to settle once and for all the question as to whether rickettsiae were more like bacteria or more like viruses (or quaintly, "something in-between"). This puzzle had persisted because rickettsiae did not grow on media that supported the growth of bacteria but only within host cells. I obediently followed the fate of individual rickettsial cells in cultured cells under a microscope and, lo, I beheld that several had divided in two. Not only that, we later determined that they possess bacteria-like cell walls, both of which findings settled the question of rickettsial identity forever, placing them snugly in the bacterial fold.

You would think that these various encounters would have turned me into a rickettsiologist, but that was not to be. The lure of E. coli and Salmonella was just too great for me in my early days. Now, I return to these stories as to a familiar novel from youth—with fascination at the levels of detail and new meaning that have emerged with each reading.