The microbial nature of humans 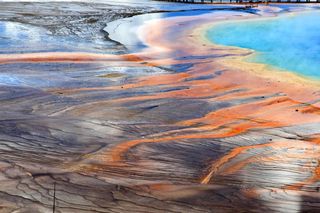 Quite a lot has been written about human microbiome research and how it changes older ideas about human autonomy, individuality and identity (e.g., Brüssow 2015; Hutter et al. 2014; Pradeu 2014). Most of these discussions focus on how the biological basis for our 'self' is in fact a consortium of different lineages of cells, and that the majority of these cells are microbial. Microbiome research has revealed how particular compositional patterns in the microbial gut communities of humans are associated with phenotypic characteristics, such as disease states. Experiments in mice have added weight to interpretations that many of these associations are causal, and that the gut microbiota is the cause of multiple human phenotypes. Although the direction of causality is seldom clear and probably goes both ways, the potential phenotypic effects of microbes on human characteristics have reinforced even more strongly the notion of human identity as deeply microbial. Indeed, some literature might make a reader think that all that matters for any human characteristic is the gut microbiota in and of itself.

In a recent commentary, Harald Brüssow (2015) has raised the issue of whether 'we are at a new level of defining human nature as a human-microbe consortium' (p. 13). He suggests this question can only be answered when there is stronger evidence for cooperative causal effects on human phenotypes of mutualistic members of our microbial communities. In other words, mutualism is defined by selective effects and not by accidental benefits (West et al. 2007). Only in such selected cooperative interactions, says Brüssow (p. 14), should we consider a microbial collective an 'alter ego' of ourselves.

This is a well-reasoned conclusion, and one that takes microbiome reflections beyond descriptive statistics of the numbers and relative proportions of microbes in the human body. Useful as such descriptions are, they are limited in what they say about the biological relevance of the microbiota. Consideration of selected cooperative relationships produces explanations of why these interactions matter, how they persist, and what the system under consideration actually is. Presumably, large numbers of the microbes in the human body fall by the explanatory wayside as 'mere' commensals and adventitious parasites – large in number but not forming a 'unit' that can be explained evolutionarily.

But does accepting an evolutionary explanation of some microbiota relationships really point to human 'nature'? The idea of human nature is much disputed in philosophy, especially if it invokes anything like an essentialist natural kind (Kronfeldner et al. 2014). Kinds like this are not well regarded by micro- and other biologists, knowing what they do about biological variation and evolution. So Brüssow's evolutionary criterion might be proposing an alternative viable definition of what human nature is: something determined by selected functional relationships with microbes inhabiting human bodies.

Is this collective of human and microbiota a unit of selection in its own right? Unlike the integration of mitochondria (and later plastids) into what we now know as eukaryotic cells, the human body and its cooperative microbiota do not form a single unit of selection. The microbes retain reproductive autonomy, even if they rely on humans to provide a certain environment. Microbiota compositions are not strongly heritable either, although some of their functions may be. Humans reproduce separately from their microbes, and for the most part acquire them during and after birth. This separation of germ lines and lineages in time and space is usually the reason given for seeing humans and their microbiota – even the genuine mutualists – as separate Darwinian individuals or units of selection (Godfrey-Smith 2013).

Does this undermine the idea of humans as consortia of microbial and human cells? Only if being a Darwinian individual is the criterion for this designation. Instead, we might want to look at a spectrum of inevitable interactions with microbes, functional dependencies, and evolutionary persistent relationships. We know humans will not be germ-free except in the most extreme artificial situations. Some of these interactions will be beneficial and others harmful. Many of the most important interactions will not occur with microbes occupying the human gut or other bodily parts. Our place in the world comes with an obligation to interact with microbes at numerous levels, within and without our bodies. We depend on microbial by-products to survive, and we are nodes in larger webs of microbial interaction that define the planet. From this perspective, we are indeed 'microbial' – inside, outside and all around. Microbiome research has nudged our knowledge of ourselves so that we understand we occupy some peripheral node in this larger scheme, far from the centre of biological interactions on the planet. Our node will eventually disappear, but the extinction of Homo sapiens will not lead to the collapse of the global ecosystem (whereas our persistence will continue to produce major problems for macroorganisms).

From this extended ecological point of view, we are embedded in a network of microbial interactions. This view is also reinforced from a phylogenetic perspective. If eukaryotes are indeed an odd kind of archaeon (Koonin and Yutin 2014; Spang et al. 2015) and humans just a very tiny twig in the eukaryote tree (Adl et al. 2012), then microbial phylogenetic knowledge allows us to realize even more conclusively our dependently evolved and maintained nature.

Microbiome research and how it draws our attention to the organisms within us should not blind us to broader microbial ecology and evolution. There is a great deal of non-human-focused microbiome research currently unravelling the major evolutionary and ecological ties we have to the microorganisms running the planet. This, I suggest, is where 'human nature' studies are ultimately located, and where they could help make more sense of our own glorification of our gut microbiota. 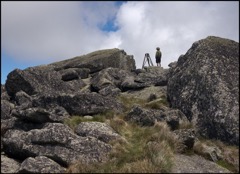 Dr. O’Malley  is a Senior Research Fellow at the University of Sydney in the Department of Philosophy and author of the book Philosophy of Microbiology. She was photographed on Australia’s Mount Tate.