Bringing the Microbial World into our Natural History Museums 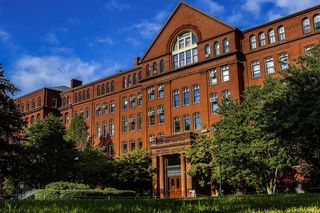 Figure 1. The Harvard University Museum in Cambridge, Massachusetts is one of the oldest museums in the United States.

Have you ever visited a natural history museum and looked for microbe exhibits? If you have, I’d bet you didn’t find any. In my own searches, I usually see microbes represented only by some species names written on a tree of life, or by a minor section of another exhibit. When I first realized that microbial life is a small fraction of content on display, I was shocked. "The natural history of Earth is a story of microbes!" I thought. "Where are the bacteria and archaea, the protists, the fungi? You know – the ones that make up most of the global phylogenetic diversity and biomass?" To a microbiologist, this apparent oversight could be disheartening. However, I am here to say that we should be inspired to rise to the challenge. What we really have before us, is a call to action: a great opportunity to open up the microbial world for the public.

First, why is it so important that we bring the microbial world into our museums? Because in reality, there’s a disconnect between the modern understanding of microbes and how most people think of microbes. In my experience, some three quarters of people fear microbes, categorizing all of them as "germs" that cause sickness or other problems. While ASM has excellent resources that reach beyond microbiologists to counteract such unfounded microbophobia (including the MicrobeWorld website and this blog), museums are where the rubber hits the road between science and the public. If microbes are missing there, many will never appreciate the microbial world and misconceptions about them will persist. Figure 2. Given that most microbes in nature remain to be characterized, there’s no end to the beauty of microbial forms out there to be observed. Pictured here is a variety of microbial isolates growing as colonies or migrating across surfaces. Source

But let’s face the facts. Animals have a big advantage over microbes for museum exhibits: we can see them. We have an inherent curiosity for learning about creatures that run, swim, fly and climb past us. They have a lifestyle relatable to our own. The challenge is, how can we display microbes that are usually invisible, and whose biology seems so alien? Well, I’d guess you can actually imagine many solutions for this. After all, as we know, microbiology can be a very visual, if not even artistic endeavor.

Here are some ideas that I am working on. Listed below are three key concept areas that we revel in as microbiologists, along with corresponding "take-home messages" for the public, and a plan for how each can be communicated visually within an interactive multi-media exhibit.

Message: Microbes are immersed in miniature ecosystems not unlike a macroscopic forest. Here, they communicate through chemical languages, recognize self from non-self, live, move and work together within structured communities, and cooperate and compete for resources.

1. 3D prints of biofilms and other microbial communities – large enough to be touched and appreciated by children and others. As a proof of concept, I printed a 500x real-size model of a Haloferax volcanii biofilm based on confocal imaging data.

2. Large-format photographic prints of colonies and swarms (as in Figure 2). I’ve already made what are to my knowledge the largest canvas prints of microbial colonies ever produced, starting from ultra-high resolution images (Figure 3). I am working on more for a number of species.

4. 3D models of autoinducers and other signal molecules: displayed together as physical representations of microbial "words" within the complex chemical ecology of this unseen world

5. Printed images and movies of cells "fighting" through tit-for-tat interactions (based on the Type VI secretion system), boundary formation between strains of Proteus mirabilis, and multiple functional cell types arising within a single bacterial species

Concept area #2: The shapers and stewards of our planet 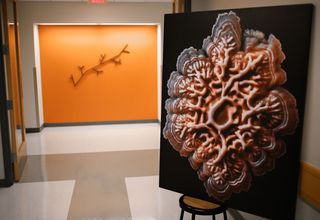 Message: Microbes were the first organisms on Earth, they influence geological processes and drive biogeochemical cycles, human society depends on them, and their activity is tangible.

1. Fossilized stromatolites and other exhibits emphasizing the intersection between geology and microbiology

3. "A Life in a World without Microbes" inspired exhibit, underlining the role that microbes play within the biosphere, and what would likely happen if they suddenly disappeared 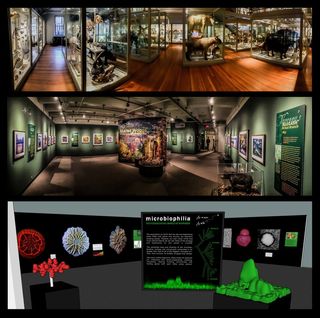 Figure 4. Above: The biodiversity of the macroscopic living world is represented at the HMNH with expansive animal collections. Center: The future space of the exhibition on the microbial world. (Here a prior exhibit is shown, Thoreau’s Maine Woods.) Below: A preliminary rendering of what a microbial world natural history exhibit might look like

Message: Symbiotic associations between animals and microbes are a common theme of life on Earth. Our bodies are landscapes harboring microbial ecosystems, including many species that contribute positively to our well-being.

1. Printed images and videos of microbes living with tubeworms, mussels, clams and ants

Now, on to the important question of where to start. In 2014, I began planning a project for the public understanding of microbiology with Roberto Kolter in Boston. I am happy to tell you that an exhibit on the microbial world is set to open at the Harvard Museum of Natural History (HMNH), backed by Harvard’s Microbial Sciences Initiative. In my opinion, the HMNH is an ideal venue. Showcasing world-class animal, fossil and geological collections, the museum attracts over 250,000 people each year. It is also rich in history: the adjoining Museum of Comparative Zoology (MCZ) was established in 1859 – the same year that Darwin published On the Origin of Species. Yet, being on the smaller side, HMNH visitors can move quickly from the microbial world, around the corner and into amazing animal exhibits (see Figure 4), able to draw parallels between the beauty, diversity and interactivity of all life.

At present, I am part of a team working to develop this project for the HMNH, including Roberto Kolter, Colleen Cavanaugh, Peter Girguis, Andrew Knoll, along with Harvard Museums of Science and Culture Executive Director Jane Pickering and Director of Exhibitions, Janis Sacco. We are currently holding monthly meetings, brainstorming ideas for themes and content, and establishing a timeline towards an opening date in early 2017.

Ultimately, I hope the future HMNH exhibit and similar efforts will cause a domino-effect across natural history museums in the United States. Already working in our favor, is the world’s first "microbe zoo," Micropia, now open in Amsterdam. Preparations are also underway for an exhibit on the microbiome at New York City’s American Museum of Natural History.

I’d like to leave you with a familiar quote from E.O. Wilson (Faculty Emeritus at the MCZ):

"If I could do it all over again, and relive my vision in the twenty-first century, I would be a microbial ecologist ... Into that world I would go with the aid of modern microscopy and molecular analysis. I would cut my way through clonal forests sprawled across grains of sand, travel in an imagined submarine through drops of water proportionately the size of lakes, and track predators and prey in order to discover new life ways and alien food webs."

My personal motivation for the HMNH exhibit is to bring this quote to life. Wilson captures a fascination for the microbial world that everyone is capable of having. It is unfortunate, that nearly all people marvel at the planets, stars and galaxies we study through a telescope, but that this same curiosity and human desire to explore has not yet caught on for the inverse – for those small things we see through a microscope.

A lot has happened in microbiology since Wilson wrote this in 1994. We can now quite literally cut through microbial clonal forests. We have an incredible understanding of microbial life ways, of these predators and prey and alien food webs. It is time to share what we have discovered, to bring the public into this world, and to inspire a new attitude, microbiophilia.

Scott Chimileski is a postdoctoral fellow in Roberto Kolter’s laboratory at the Harvard Medical School in Boston, MA. Scott also writes on his own microbiology blog, Animalcule. More of his microbiology photography can be found on his portfolio website, Into the Microbial World.