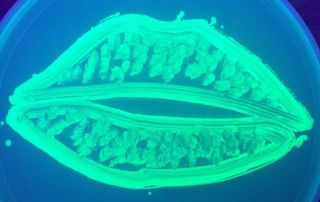 Figure 1. "Kiss and make up" with GFP expressing Escherichia coli (A. Hagan)

If there's a hot topic in microbiology, it's bacterial interaction and communication. Bacteria "talk" to each other using a complex chemical language we are only just beginning to understand. Quorum sensing allows communication between spatially separated cells of similar species. Functioning similarly, bacteriocins warn non-immune bacteria away from a bacterium's established niche. Type VI secretion systems also help a bacterium protect its niche, but by initiating contact between cells. Here, I'll describe another instance of cell-to-cell interaction where bacteria don't just communicate, but also heal.

First, a bit about the species involved. Myxococcus xanthus is considered a "social" species of bacteria, requiring a large population to enhance survivability. M. xanthus aggregates move together using a form of twitching-motility to find nutrients, or if nutrients are lacking, to create a complex, differentiated structure. In it, some bacteria make spores to ensure long-term survival against extreme conditions.

Bacterial cells must adapt in order to survive changes in temperatures, radiation exposure, or shortages in food supply. All of these stresses can slow a bacterium's ability to replicate quickly or respond to damage in the DNA or outer membrane (OM).

Figure 2. Two strains of M. xanthus, expressing either a GFP-labeled or mCherry-labeled outer membrane protein, were co-incubated on an agar surface for four hours. OME allowed cells to share the outer membrane proteins resulting in cells acquiring both labels, the arrow in the merge panel points to one example. Source

Once damage occurs, most bacteria are on their own to either repair and survive, or die. Researchers at the University of Wyoming have recently learned M. xanthus cells cooperate with each other to make repairs in the outer membrane (Figure 2).

This process, called Outer Membrane Exchange (OME), is a bidirectional transfer of the outer membrane lipopolysaccharide (LPS) between two bacterial cells. Two surface proteins, TraA and TraB act somewhat like Velcro hooks to bring cells close enough for OME to occur, but are also responsible for OME specificity. Unlike Velcro, which has reciprocal hooks and latches, TraA proteins only recognize identical forms of TraA on the other bacteria. In other words, if one bacterium expresses TraA, and another TraA', they won't be able to perform OME. This prevents M. xanthus from accidentally helping distantly related, or rival, M. xanthus populations.

Once TraA and TraB have initiated the junction between two bacteria, they appear to merge OM's, trading LPS along with proteins at the cell surface (Figure 3). This effectively dilutes the damage from a few bacteria to the rest of the bacterial population, thus enhancing survival of the group. 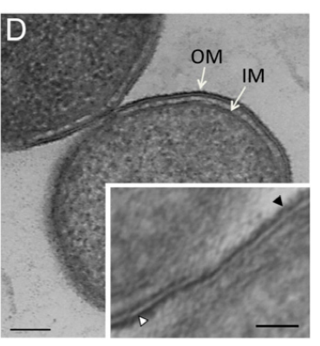 In addition to repairing damage to the outer membrane, the exchange of LPS by OME helps restore mobility and the ability to sporulate. To demonstrate this, the authors created M. xanthus mutants lacking wzm. The wzm genes are responsible for synthesis of O-antigen, which is required for the formation of fruiting bodies prior to sporulation and social motility. M. xanthus lacking wzm are less motile and produce fewer spores than the wzm containing wildtype parent strain. If the mutant is grown with M. xanthus expressing TraAB, however, both motility and sporulation improve. This is not the case when M. xanthus Δwzm is co-cultured with M. xanthus ΔtraA, since OME cannot occur.

In another set of experiments, the authors looked at the effect of OME on lpxC mutants. LpxC is required for lipid A synthesis, which is essential for cell survival. Using a vanillate inducible promoter, the cells expressed LpxC and survived. By withholding vanillate, however, researchers were able to deplete LpxC from cells. OME from healthy donor cells expressing TraA was able to rescue LpxC-depleted cells, enabling survival past 12 hours (Figure 4).

Figure 4. LpxC-depleted M. xanthus (red), were not able to survive without the presence of TraA+ donors. Source

The benefits of OME don't stop there. OME helps improve cell permeability, and reduces sensitivity to antibiotics. It also acts as an information relay, improving response to environmental stressors. The authors suggest that in this scenario "scout cells" report on exterior environmental conditions via OME, sharing alterations in protein expression or lipid modifications. This process would enable the bacterial population to adapt rapidly to their environment.

There's also evidence suggesting that OME could be used for nefarious purposes like eliminating cheating members of the population. For instance, transfer of toxic proteins along with LPS could kill recipient bacteria lacking immunity to the toxins.

Known to be "social" bacteria, Myxococcus demonstrates behaviors such as swarming and complex biofilm formation. OME, however, requires more cooperation than previously observed, since otherwise healthy bacteria accept damaged LPS. With benefits ranging from first aid to scouting out changing environments, OME is truly a multifaceted survival strategy. Does this give a new meaning to "kiss and make up?" 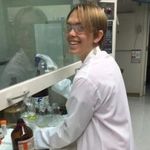 Ada Hagan is a Ph.D. candidate in the Microbiology and Immunology Department, at the University of Michigan. She’s a recipient of the ASM Robert D. Watkins Fellowship and a co-founding editor of the graduate student blog MiSciWriters. She’s an aspiring science communicator, follow her on Twitter (@adahagan) to see what else she’ll come up with!