This article first appeared in the author's blog, Curiosidades de la Microbiología and is translated with his kind permission. 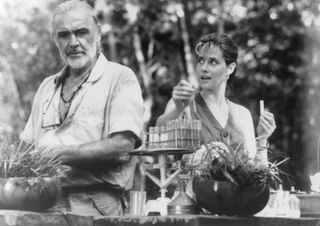 The mid-80's of the last century saw the birth of an environmental movement directed at the conservation of the Amazon jungle. It reached its climax in 1989 when the singer Sting published a book on the destruction of the habitat and culture of the indigenous communities. Already in 1985, British cinema devoted a movie to this concern. It was called The Emerald Forest, by John Boorman, and had considerable success at the box office. Hollywood decided that 1992 might be a good year to return to this issue. A new movie, Medicine Man, was directed by John McTiernan, who at that time rode the crest of a wave, having directed such movies as Predator, The Thomas Crown Affair, and The Hunt for Red October. Sean Connery had the leading role. The female role played by Lorraine Bracco, well-known for her interpretation of Karen in Goodfellas. The soundtrack was composed by Jerry Goldsmith. Everything suggested that the production was going to be a success, but in the end it only covered the costs.

The plot is based in part on the work of ethnobotanist Richard Evans Schultes (1915-2001), one of the pioneers in the search for bioactive substances based on the traditional uses of plants by Amazonian tribes. Sean Connery plays a biochemist who works for a large pharmaceutical company and is looking for a substance with great potential antitumor activity (the "cure for cancer," no less). His work appears to have come to a standstill, so the company sends a biochemist (Bracco) to assess the research and decide if it is worth continuing to finance it.

The mysterious substance with antitumor activity was found in a potion made by the tribe's shaman. Connery and Bracco are trying to identify and purify it from the plants collected by the shaman. They put plant extracts through a gas chromatograph (one of the great mysteries of the film is how can they run a complete biochemical laboratory without electricity). Without disclosing the end, I particularly liked the sequence that explains rather graphically the importance of doing a few checks to calibrate the equipment.

This film makes two references to microbiology. One is the traditional process of producing an alcoholic beverage by chewing fruits or vegetables prior to fermentation (which results in the breakdown of starch by the salivary amylase). But the most interesting aspect is the epidemiology of infectious diseases and their devastating effect on the populations that have not been immunized. When Bracco arrives to the tribe, Connery berates her sharply because she's not wearing a surgical mask. She answers that it's not necessary, to which Sean Connery replies that it is not for her sake, it's for the Indians'. A simple cold virus could kill an entire tribe! Later on we find out that part of Connery's dark nature is rooted in an outbreak of flu that decimated a tribe that he had visited in his youth.

This is an entertaining, couch potato-kind of movie. 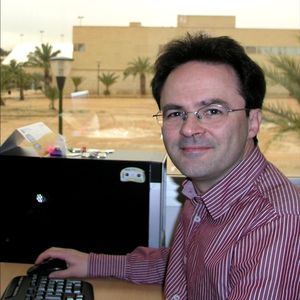 Manuel is a student of the microbiological aspects of popular movies. He has unearthed a surprisingly large number of in­teresting connections and has commented on them in his blog, Curiosidades de la Microbiología, as well as in a section of the Bulletin of the Sociedad Española de Microbiología called “El Biofilm,” and elsewhere. He has also written about the use of movies as educational material, emphasizing Bugs and Movies, which is about the use of film clips to teach Microbiology. We have often reprinted his articles in translation.