Pictures Considered #35 : The Isolation of the Inner and Outer Membrane of E. coli 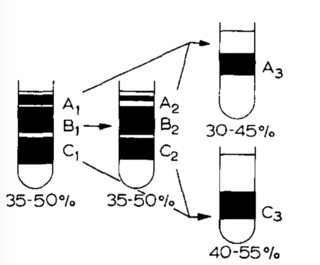 Figure 1. A preparation of membrane fractions of E. coli was layered on a sucrose gradient, yielding thee bands (A1, B1, C1), On further fractionation, the A1 band resolved into a single band, A3, and the C1 band into C3. The B1 band turned out to be a mixture of the two.

In 1968, Miura and Mizushima published the first report showing that the inner (cytoplasmic) and outer membrane of E. coli could be separated from one another. The existence of two membranes had been surmised from thin EM sections, but being able to isolate and purify them allowed further studies, especially biochemical ones. We recently presented the first morphological (EM) evidence for two membranes.

This is how the authors separated the two membranes: they turned the cells into spheroplasts by treating them with lysozyme, then lysed these by an osmotic shock, homogenized the particulate fraction, and layered it on a sucrose gradient for high speed centrifugation. The resulting bands were presented schematically only. The authors concluded that the top and lower bands consisted of fragments of inner and outer membrane respectively. The middle band turned out to be a mixture of the two. The result indicated that the two membranes differ in buoyant density, the inner membrane being less dense than the outer one. On chemical analysis, both bands contained about 2/3 proteins by weight, but the top band was richer in lipids and poorer in carbohydrates than the lower one. It also contained most of the respiratory enzymes and ATPase of the preparation. This is, of course, in keeping with our presently held view of the inner membrane is where energy metabolism takes place. These authors did not measure the amount of lipopolysaccharide present, which we now know to be the hallmark of the outer membrane. 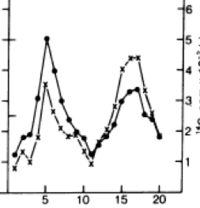 Figure 2. Fractionation of E. coli membranes by isopycnic centrifugation on a sucrose gradient. The top of the gradient is on the right of the figure. Source

These findings served the basis for many subsequent papers. In particular, M .J. Osborn’s lab led the way to subsequent studies. I include a modern version of the separation of the two membranes on a sucrose gradient from a paper by one of my students, Arthur Donohue-Rolfe.