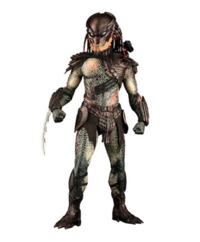 Predation in the animal world revolves around the senses. Anglerfish use light to lure in prey, sharks can smell the tiniest drop of blood in the ocean, bats rely on their keen sense of hearing to catch a passing insect. Predators not only have to find their prey, but they must also make the decision to pursue and capture them. Such dynamics between predator and prey exist in the macroscopic world of animals, but do they exist in the microbial world as well?

In the microbial world, Bdellovibrio bacteriovorus presents an interesting example with which to study predator-prey dynamics between bacterial species. While bacteria are usually targeted by protozoa or bacteriophage, they are also the prey of choice for this and other bacterial predators. In particular, "bdellos", love to snack on their fellow gram-negative bacteria. 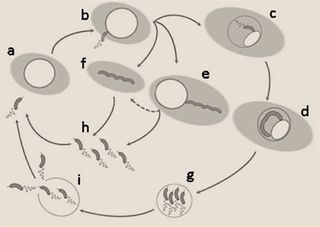 Figure 1. A summary of the life cycle of B. bacteriovorus (represented with flagella) when cultured with E. coli ghosts (shaded in grey) and prey extract. Source

Bdellos rely on cell-to-cell contact using pili to recognize and target their prey (Figure 1 b). After recognition, they penetrate into the host periplasm and switch from a mobile attack phase (AP) cell to a replication focused growth phase (GP) cell (Figure 1 c). At this stage, they can utilize the proteins and nucleic acids within its host to create a structure called the bdelloplast (Figure 1 d). Although bdellos can remain dormant at this stage, they often finish consuming their host and generate a multinucleoid filament that eventually turns into new AP progeny cells (Figure 1 g). These progeny cells lyse the original host cell and are now free to find new hosts (Figure 1 i). More rarely, bdellos replicate by attaching to the outside of the host instead (Figure 1 e-h).

Researchers at The Hebrew University of Jerusalem designed a novel ex vivo system to more closely study the relationship between bacterial predation and cellular replication in bdellos. To determine the signals that tie predation to replication, the researchers designed special cells they dubbed "ghost cells." These ghost cells were created using an osmotic shock method that generated E. coli cell envelopes devoid of cytoplasm. Ghost cells have intact cell envelopes, but lack the cytoplasmic contents of E. coli cells. 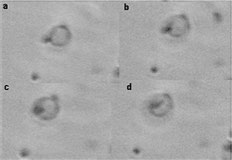 Figure 2. Phase contrast microscopy image of B. bacteriovorus attaching to and penetrating into an E. coli ghost cell. Source

When incubated with ghost cells, bdellos were able to recognize and penetrate into them (Figure 2). But that's about it. The predators could not undergo their typical cycle of growth, filamentation, and generation of progeny cells. So, in bdellos it takes more than just penetrating prey cells to trigger replication. Just like sharks don't eat every fish they encounter, it turns out that bdellos require additional cues beyond prey recognition to enter their replicative phase.

The researchers discovered that the second cue is recognition of nutrients within the host. They added prey extract made by lysing the contents of E. coli to bdellos incubated with ghost cells. Now, bdellos were able to transform into GP cells and begin replicating. These cues must be read sequentially because incubation with prey extract alone was unable to turn AP bdellos into GP cells.

Taken together, this research gives us further insight into the growth and replication cycles involved in this kind of predation. First, the predator needs to recognize the envelope of its prey and penetrate it. Second, it needs to detect nutrients within its prey before switching from a mobile AP cell to a replication-focused GP cell. Thus, the signals that prompt cellular replication in B. bacteriovorus are more nuanced than previously thought.

Bacterial predation by bacteria is quite widespread. For example, it is not limited to terrestrial environments. A number of researchers (see here, here, and here) have studied a powerful predator, Halobacteriovorax. This organism is found in marine and estuarine habitats where, among other things, it modulates bacterial pathogens within shellfish. The variety of different modes of bacterial predation does not stop here. It has been known for some time that certain bacterial predators carry out their predation as epibionts, by attaching to the outside of host cells, while endobionts prefer to penetrate into their host cell to reside in the cytoplasm. Thus, the topic of bacterial predation by bacteria is rich in variety and, most likely, a treasure trove of mechanisms regarding intracellular communication. Exploring the signals that bacterial predators use to kill other bacteria and replicate could give us insight into utilizing them as potential living antibiotics. 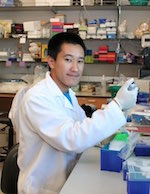 Jacky Lu is an undergraduate studying Molecular Biology at the University of California, San Diego. He is the current Editor in Chief of the undergraduate biology research journal, Saltman Quarterly. He wants to go into the field of scientific outreach and communication and eventually wants to be a writer for websites such as Wired or NPR.