« In the Company of Microbes:Ten Years of Small Things Considered | Main | Talmudic Question #133 » 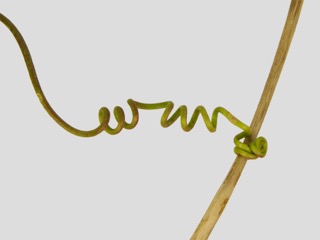 Recently, a very interesting article by Wim van Egmond appeared (source) wherein he offers an updated inter­pretation of the first microbes observed by Antoni van Leeuwenhoek (see below). Van Egmond is a professional microphotographer with a keen interest in freshwater microbes. His excursions at all seasons included visits to small lakes in the neighborhood of Rotterdam not far from Delft. In fact, van Leeuwenhoek carried out his outdoor investigations in a very similar environment, as he took samples from the Berkelse Mere, a small lake which was drained later on. Van Egmond currently lives at the exact spot of this lake and because of their com­mon interest in the freshwater microworld, van Egmond wondered what van Leeuwenhoek saw and how his own experience would compare to that of his predecessor. Van Egmond was stimulated by hydro­bio­lo­gist Frans Kouwets, who suggested that van Leeuwenhoek might have seen something else than what is generally thought. 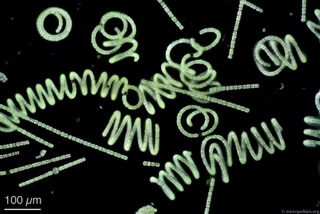 Figure 2. G. Micrograph of Anabaena sp. Visible are tendril-like coils and separate balls (trans­la­tion of the seventeenth century Dutch: "cloot­gens"). As mentioned in the text the Anabaena coils have a thickness comparable to a human hair (60 to 80 µm). Micrograph by Wim van Egmond.

Van Leeuwenhoek's observations were laid down in a letter to the Royal Academy of September 7th 1674 and in an English translation which has been used by Clifford Dobell in 1932 (source). Van Egmond focussed on that part of the letter on which Dobell based his conclusion that van Leeuwenhoek described the green alga Spiro­gy­ra. Van Leeuwenhoek wrote: "Passing just lately over this lake, at a time when the wind blew pretty hard, and seeing the water as above described, I took up a little of it in a glass phial; and examining this water next day, I found floating therein divers earthy particles, and some green streaks, spirally wound serpent-wise, and orderly arranged, after the manner of the copper or tin worms, which distillers use to cool their liquors as they distill over. The whole circumference of each of these streaks was about the thickness of a hair of one's head. Other particles had but the beginning of the foresaid streak; but all consisted of very small green glo­bu­les joined together: and there were very many small green globules as well". Dobell equated "streaks" with Spirogyra.

To assess what "streaks" stands for, van Egmond returned to the original 17th century Dutch text. There one finds "ranckjes" which can be translated as "small tendrils" (Figure 1). As specified al­ready above by van Leeuwenhoek, tendrils are "spirally wound serpent-wise, and orderly ar­ran­ged, after the manner of the copper or tin worms, which distillers use". Van Egmond convincingly states that "small tendrils" represents a better translation of the original Dutch text than "streaks". So one is confronted with two different spirals: a chloroplast spiral (as we now know) inside a fi­la­ment such as Spirogyra or a green helical filament or coil similar to Anabaena (Figure 2). 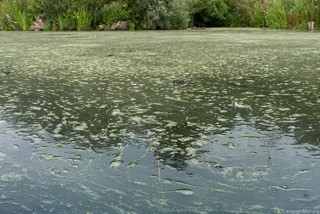 Figure 3. Cyanobacterial bloom in the Kralingse Plas near Rotterdam. A peat lake, like the ancient Berkelse Mere in the vicinity of Delft. Photographed by Wim van Egmond in August.

Van Egmond argues that the cyanobacterium Anabaena (now Dolichospermum) fits the characterization of van Leeuwenhoek at least as well, if not better than Spi­ro­gy­ra. Moreover, there are some other considerations which, he believes, tip the balance in favor of Anabaena. For instance, in the same letter van Leeuwenhoek also gives a seasonal description of the lake: "Its water is in winter very clear, but at the beginning or in the middle of summer it becomes whitish, and there are then little green clouds floating through it…". This, according to van Egmond, fits the occurrence of Anabaena bloom as it can be seen in a lake near Rotterdam in August (Figure 3). Van Leeuwenhoek also mentions that the streaks (that is, the small tendrils, as the better translation) "all consisted of very small green globules joined to­gether". The occurrence of these very small green globules ("clootgens" in 17th century Dutch) is compatible with Anabaena (Figure 2) and less so with Spirogyra. A perhaps circumstantial ar­gu­ment pertains to the ease, according to the personal experience of van Egmond, by which a sample can be taken. A freshwater sample containing Anabaena is easier placed in a narrow vial ("phial") than a sticky Spirogyra sample. Last but not least, van Leeuwenhoek equates the thick­ness of the observed coil to the thickness of a human hair. As can be judged from Figure 2 this seems quite accurate, i.e. 60 to 80 µm.

Thus, the findings of van Egmond strongly support the possibility that van Leeuwenhoek reported Anabaena (or a similar organism) and not Spirogyra. If so, this new interpretation has an exciting consequence. It is well known that van Leeuwenhoek described bacteria in his letter of October 9th 1676 to the Royal Society. However, the letter quoted above is from 1674. In other words, pro­karyotes had been observed two years earlier than currently thought!

Van Leeuwenhoek, A. 1674. Letter of September 7th to the Royal Society. London.

Van Leeuwenhoek, A. 1676. Letter of October 9th to the Royal Society. London.

Note: Letters of van Leeuwenhoek are digitally available at dbnl.org. Short sections in Dutch are immediately followed by English translations. The annotations are in Dutch and English.