The Scourge of Humans and Armadillos alike:
Mycobacterium leprae 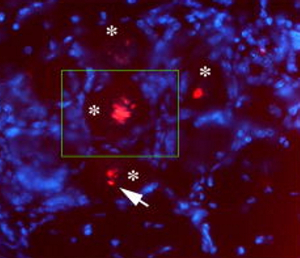 Leprosy, an ancient disease, is interwoven with human his­to­ry. The earliest written recordings date back to the Egyptian Ebers papyrus from 1550 BC,1 though the cau­sative agent of the disease, Mycobacterium leprae, had to wait for 1873 to be identified by Gerhard Armauer Hansen.2 Historically, leprosy presented as a chronic and incurable disease, often leading to severe deformities and skin lesions. Infected individuals were often os­tra­ci­zed by society and isolated in leper colonies.3 For­tu­na­te­ly, the aggressive implementation of a multi-drug treat­ment regime has reduced leprosy cases by 99% over the past 20 years (WHO), though endemic pockets of disease still remain. Leprosy may no longer pose a significant public health threat, but M. leprae remains particularly fascinating to study for its specific tropism and the re­mar­kable impact of human genetic background on dis­ease resistance2.

Mycobacterium leprae grows notoriously slow, with a generation time of 12–14 days.3. M. leprae is an obligate intracellular bacterium with a highly reduced genome and thus cannot be grown in culture media. However, it can be cultivated under laboratory conditions utilizing the footpads of nude mice and the skin of nine-banded armadillos (a natural M. leprae reservoir).3 M. leprae has undergone substantial reductive evolution to lose 50% of protein coding genes, resulting in a lack of genetic information essential for metabolic functions.4 Interestingly, all human strains appear to have originated from a single clone,5 indicating that this mass loss of genes must have occurred prior to M. leprae dissemination throughout the planet. 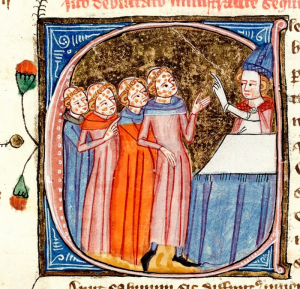 Due to the slow-growing manner of M. leprae, the in­cu­ba­tion period of the disease ranges from 3 to 10 years.6 One of the key symptoms of leprosy, loss of skin sen­sa­tion, stems from the highly specific tropism of M. leprae for Schwann cells.6 These cells provide essential support for peripheral nerves and form the myelin nerve sheath. M. leprae displays in abundance a specific glycolipid on its cell wall, phenolic glycolipid-1 (PGL-1).7 PGL-1 is not found in other bacterial species, including M. tu­ber­cu­lo­sis.7 PGL-1 binds to the laminin-2 receptor on the basal lamina of Schwann cells7 to enable cell invasion. M. le­prae interaction with Schwann cells leads to a loss of axonal conductance and demyelination of peripheral nerves.8 More recently, Masaki et al. discovered that M. leprae actually manipulates Schwann cells to transition into a progenitor/stem-like cells (pSLC) phenotype.9 These remodeled cells are highly migratory and plastic, allowing the dissemination of infected cells. Furthermore, pSLCs can be manipulated to secrete immunostimulatory factors that catalyze the formation of granulomas.9 Within these granulomas, M. leprae is able to infect macrophages, further facilitating its spread. Overall, M. le­prae reigns as a master of the Schwann cell, enabling its chronic persistence in human hosts.

While M. leprae directly causes nerve damage, the primary source of pathology from leprosy is ac­tu­al­ly the host immune system2, which varies according to the host genetic background. The dis­ease phenotypes differ widely in infected individuals, from rather localized lesions with low bac­te­ria counts (called localized, tuberculoid, or paucibacillary leprosy) to a widespread infection (dis­se­mi­na­ting, lepromatous, or multibacillary leprosy).10 Besides this variation in disease phenotype, many individuals are altogether resistant to M. leprae infection. In 1841, James Simpson published a series of articles claiming that leprosy was a heritable disease.11 While this is incorrect, it alludes to the possibility that genetic background may govern leprosy susceptibility. The importance of the host genetic background in development of disease is additionally strengthened by the ex­cep­tio­nally low genetic diversity of M. leprae isolates.10. For many pathogens, the characteristics of the pathogen (for example, bacterial toxin production) have a greater impact on pathogenesis than the host response. 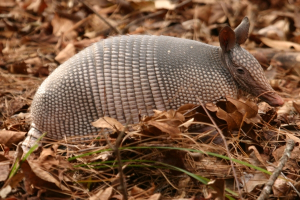 Among the major players involved in overall host disease pathology and susceptibility to this disease are genes for the human leukocyte antigen (HLA, also known as MHC). HLA proteins bind processed antigenic peptides for pre­sen­ta­tion to T cells.12 This helps T cells distinguish self from non-self and alerts T cells to a potential intracellular bacterial infection. The HLA genes are highly po­ly­mor­phic, as the HLA proteins need to be able to bind a wide variety of host and pathogen peptides for presentation. Numerous studies have linked certain HLA alleles with leprosy (reviewed in ref 2). Geluk et al. demonstrated that paucibacillary (single or low lesion) leprosy patients or healthy leprosy-exposed people had greater T cell responses to leprosy peptide antigens than those with multibacillary (multiple lesion) leprosy.10 Many other polymorphisms in related immune genes have been associated with leprosy incidence, including TNF-alpha production, heat shock protein 1A polymorphisms, and TLR2 sig­nal­ing (reviewed in ref 2). Overall, numerous studies have suggested that a robust innate and cell-mediated immune response is key for protecting against leprosy.13 Leprosy antibody titers are actually higher in patients with worse symptoms,13 suggesting that the adaptive immune response does not provide protection from the disease.

It may seem counter-intuitive that such slow-growing, genome-reduced, and low genetic diversity bacterium can cause such debilitating disease. Yet, M. leprae has persisted in a subset of the hu­man population since pre-biblical times. Perhaps, the slow onset of disease has contributed to re­taining leprosy-vulnerable HLA alleles as selective pressure is reduced. In any case, M. leprae has made quite a name for itself and will be immortalized in history as it is eradicated in present day. 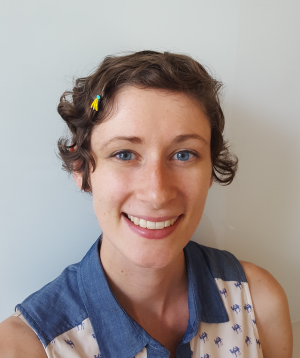 Alison Vrbanac is a PhD student in the Biomedical Sciences program at UCSD. Originally trained as a biochemist, she first became interested in microbiology while working as a lab technician studying Chlamydia ge­nomics and vaccine development. Currently, her primary research focus concerns the interplay between host microbiota and the development of antibiotic resistance..