« TWiM #135: Unruly individuals and their unruly friends | Main | A Sweater and a Shirt Came Before Just a Shirt »

The 2016 MacArthur awards have just been announced. Among the handful of scientists are two microbiologists, Dianne Newman and Victoria Orphan, both at Cal Tech and both geomicrobiologists. We rejoice. Both are extraordinary scientists with an unusually broad range of interests.

Newman’s lab has made major discoveries in such disparate areas as microbial paleontology, bacterial growth physiology and energy metabolism, and the participation of bacteria in eukaryotic differentiation. 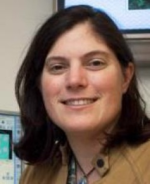 Orphan’s lab has contributed powerful information about microbial ecology, including studies on marine sediments and mats, microbial symbioses, methanotrophy, and the microbiology of dead whales.