Fred Neidhardt as a Boss

We recently lost a giant in the field of Microbiology. Frederick C. Neidhardt, Ph.D. passed away at the age of 85 on October 7, 2016. A study of his CV would easily demonstrate the significance of his contribution to scientific research, scientific education and to the policies and politics of sci­ence. What his CV doesn't provide is evidence of the kind, gentle, caring man he was. I suspect hundreds of people would validate Fred's charismatic personality but what I'd like to do in this blog is give a glimpse into what it was like to work with Fred.

First, a little history about the thirty plus years Fred and I worked together. I joined Fred's lab in the fall of 1977 as an undergraduate. A year later, I decided to put my graduate studies on hold for two years to continue to work with Fred as research staff. Those two years became fourteen ama­zing, exciting and productive years. In 1992 I left Fred's lab to work at Parke-Davis (just a couple miles away from Fred's lab), but I really didn't leave. Thanks to the insight of Eric Olson and Dale Oxender (both formerly from the University of Michigan), I frequently drove over to Fred's lab and typically attended his lab meeting. A few years later, when Fred's lab was winding down, he began to drive over to my lab for our lab meetings. We even shared a post-doc through a program to foster the scientific relationships between the University of Michigan and Pfizer. 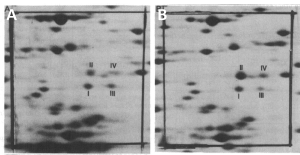 When I joined Fred's lab, he was Chairman of the Depart­ment of Microbiology and Immunology at University of Michigan Medical School, later he was Associate Dean of the Medical School and then Vice President for Research. Thus, he did not work in the lab and his calendar was booked almost every hour of every day. However, I al­ways had access to Fred by knocking on his door and letting him know I had "show and tell" I wanted to share with him. It was never long before he'd stop by the lab to hear what was new. I know he missed working in the lab because in August of 1979 while he was on sabbatical in Regensburg, Germany, he wrote this in a letter: "I am finding it diffi­cult to stop and sit down at a desk! Maybe after six months the novelty will have worn off, but right now I am having the same fun I remember having as a graduate student in the lab." So what was Fred's role in the lab if he didn’t work at the bench? He had so much information stored in his head from his own previous studies, from reading literature and talking to many other scientists around the world. And he had so many friends working in science, it was like having the world at our fingertips. Again, I will use some quotes in a hand-written letter from 1979 to provide insights into how he helped us in the lab. Notice all the arrangement he mentions in just a few sentences! "I have arranged with Subramanian (and Steen) that we take up once more the issue of "A" protein (groE) function. This will involve the Cooper mutant, as well as some pure "A". The latter is being sent to Teresa from Berlin. The mutant you should get from Steve Cooper – or better, perhaps I shall when I get back to tell him what we plan to do. But right now you should look for Peggy Le­maux's old gels (or autoradiograms) on which she saw the absence of B56.5 in the Cooper mutant."

Fred was a master at setting up his lab for success, but for Fred, sharing went two ways. In the many years I was in his lab, we hosted hundreds of scientists who spent as little as a week or two to as much as a sabbatical with us. Fred tried to limit our visitors to one at a time, and often there was a waiting list. All in his lab had the opportunity to teach, learn and establish friendships with all these scientists. Around the year 2000, I was at a grant review at NIH and a Study Director told me that we (Fred and I) were by far the most frequently listed collaborators on grants.

Next, I'd like to share what I believe was Fred's method on "how to train good scientists".

1st Hierarchy. In Fred's lab there was no hierarchy. Typically in the first few conversations with new students or staff, he would insist they worked "with" him not "for" him. He corrected people on a regular basis. I remember one graduate student, Len Peruski, who addressed Fred as Dr. Neidhardt even after the traditional "work with" conversation. Fred immediately told Len (in a serious voice) that Len was to address him as Professor Neidhardt. Then Fred smiled and laughed (his laugh that I heard hundreds of time and can still hear so clearly), and he reminded Len to call him Fred.

2nd Separation of science and self. Over my own career, I observed many scientists insulted per­sonally by the rigo­rous analysis and inquisition of their scientific work by other scientists. Lab meet­ings were Fred's opportunity to invoke a lesson to separate self as the target for such rigo­rous inquisition. He was very critical of hypotheses, data, data interpretation and the method to communicate all. He worked a combination of harshness (so that we became to expect criticism of the science?) followed by the assurance of his confidence in us personally. The criticism was easy for me to adapt to but early in my science years, I had a strong sense of ownership of experiments and hypotheses. After being in Fred's lab about 18 months, I was quite proud of some ex­pe­ri­ments I had done which suggested a function for a set of proteins. Fred was also convinced by the data of my interpretation. Immediately, he told me to hand the project over to a graduate student. I was devastated for a few days because after all didn’t the data and analysis "belong" to me! I am convinced now that Fred saw this flaw in my personal growth as a scientist and knew he had to correct it. I moved on quickly and learned to enjoy handing over projects to others.

3rd Passion. I think Fred had some sort of internal detection method for knowing when someone was passionate about what they were doing. It was my observation and is my opinion, that Fred was drawn to people exhibiting passion. In his lab, people were given a tremendous amount of in­dependence. Was this his way of allowing people to find what they were passionate about? While I was at Pfizer, I had the opportunity to attend several workshops on effective way to manage peo­ple. At all of these workshops, one lesson was that people who are passionate about their work are the most productive. Fred was a naturally brilliant people manager for sure!

I was extremely fortunate to have had the opportunity to work with Fred for so many years, to have him mold and shape me as a scientist and to have him as a long time friend. A few days after he died, I had a "It’s a Wonderful Life" emotional moment. What if Frederick C. Neidhardt had ne­ver been born? My life and my career would surely have not been as fulfilling as it has been. On October 20 during a tribute to Fred, I learned that others who knew Fred were also having this emotional reaction.

So Fred, may you rest in peace. I know that heaven is surely blessed by your presence and leader­ship. Many of us have a new guardian angel. 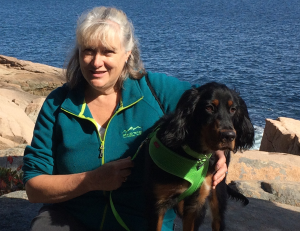 Ruth received her undergraduate degree from the University of Michigan in Ann Arbor, MI and Ph.D, from University of Tromso in Tromso, Norway. Over her thirty-plus year career, she wor­ked about an equal number of years in academia and industry publishing over 30 refereed research articles and about 20 re­views, book chapters and editorials.