Life in the Clouds 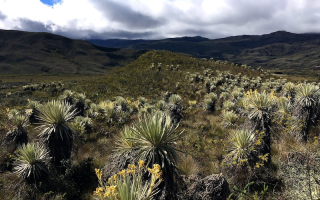 Figure 1. View of the Chingaza páramo. (photo by: Roberto Kolter)

Elio started his "Ice-cold Pinnacles and Extreme Science" post of a couple of weeks ago – where he described un­usual microbial structures in the bottom Lake Vanda in Antarctica – with these observations: "We may be run­ning out of strange places to explore life on Earth, which is a shame because they often provide us with un­ex­pec­ted and exciting findings, especially microbial. Many such sites reveal a novel facet of microbial life, well worth the cost of the adventures involved in the studies." In this post I want to once again delve into the notion of ad­ven­tu­rous exploring of exotic places. While exploring the un­known is routinely done at laboratory benches worldwide, no one can deny the romantic allure of venturing to far off places to explore life on Earth. This allure was beautifully described in Jamie Henzy's recent post "The Invention of Nature: Big Picture Science, with Passion." There she re­viewed Andrea Wulf's biography of Alexander von Humboldt, one of the most influential natural philosophers of the 18th and 19th centuries. As Jamie describes, von Humboldt was absorbed by the Kantian idea that "the rational mind alone is inadequate for truly understanding nature; in­stead, one has to respond with one's entire being, emotionally and aesthetically." What drove von Humboldt to explore exotic locations was indeed big picture science, his desire "to discover how all forces of nature are interlaced and interwoven." The beauty of it all is that there is still ample opportunity to follow in von Humboldt's footsteps today. I had the privilege of doing so this past August. 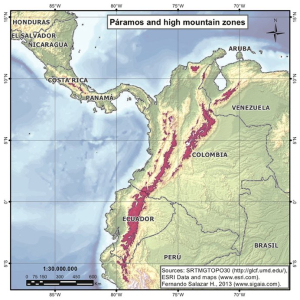 Alexander von Humboldt spent five years (1799 – 1804) exploring diverse areas of Latin America. His attempt to reach the peak of the Chimborazo volcano in Ecuador seems to get the most attention because of the hard­ships he and his fellow explorers endured. But of the páramos he wrote: "No zone of alpine vegetation in the temperate or cold parts of the globe can well be com­pared with that of the páramos in the tropical Andes." "Nowhere, perhaps, can be found collected together, in so small a space, productions so beautiful, and so re­mark­able in regard to the geography of plants." What are the páramos? What makes them so special?

Páramos are located in the Northern Andes of South America and to a small degree in Central America. They are the ecosystems above the tree line and below the permanent snow line. As such, they form an archipelago-like aggregate spanning approximately 35,000 km2 of isolated ecosystems at altitudes ranging from 2800 to 4700 meters (9000 – 15000 ft) above sea level. Páramos are characterized by the lack of seasons, high daytime and low nighttime temperatures, high solar energy input, and high ultraviolet radiation. For the surrounding human populations, the high water-holding capacity of páramo soils means that these ecosystems can provide large amounts of water. Because of their importance as a natural resource many tracts of páramo remain relatively undisturbed and protected as part of national parks. It is thus still pos­sible to experience them in a way similar to what von Humboldt would have experienced over two hundred years ago. However, páramos are under threat due to mining activities and climate change. 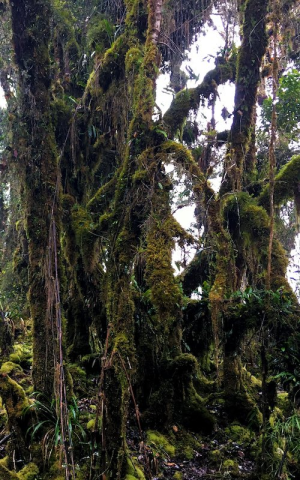 One aspect that makes páramos particularly special is that they are geological newborns. Because the Andes did not reach their current elevations until some 2.7 mil­lion years ago, these ecosystems did not exist until re­cent­ly. Think Galápagos Islands, but surrounded by land. As a consequence, páramos are ideal places to study eco­logical and evolutionary processes.

The plant species present in páramos have been studied extensively. Almost 3500 vascular plant species have been described there, clearly making páramos a bio­di­ver­sity hotspot. The great majority of these plant species are endemic. And most strikingly, the rates of diversification of these plants makes the páramo"the world's fastest evolving and coolest biodiversity hotspot." Might plant-associated microbes be diversifying more quickly in the páramos as well? We have no idea. While much is known about its endemic plants, the páramo’s microbiomes are remarkably understudied. This post is a call to ad­ven­tu­rous microbiologists to the possibility of exploring the páramo microbiota. You will not be sorry!

My brief exploration of a páramo started early one mor­ning this past August in Colombia's capital city Bogotá. I joined a group of seven intrepid microbial ecologists[1] whose aim was to collect soil and rhizosphere samples for what is to be one of the first culture-in­de­pendent studies of páramo microbiomes. Our destination was Chingaza National Park, a mere 58 kilometers away. After the requisite stop for a cup of local "chocolate caliente" (nothing akin to what most people know as hot cocoa) with melted cheese, we began the slow road upwards; it took us over three hours to cover the distance. 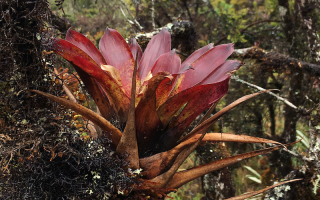 Figure 4. Bromelia growing on a branch (photo by: Roberto Kolter)

Bogotá's elevation is already high at 2600 m (8580 ft) but during our sampling trip we reached elevations close to 3600 m (~12000 ft). Just high enough that I began to feel the altitude. But the excitement of the overall experience was what took my breath away. We began by exploring terrain just be­low the páramo itself, in a small patch of forest very close to the tree line. As we set off on our hike to obtain samples, we encountered local deer and saw fresh evidence that a spectacled bear had dined on a bromeliad. We crossed a small river, barely managing to keep our feet out of the ice-cold waters, and soon were deep in the native forest. We proceeded to collect soil samples. The team carefully annotated in­for­mation about the site following in the tradition of von Hum­boldt, but now aided with hand held GPS devices. And soon we were "emparamados", the local word for soaking wet. Being in the clouds felt close to being in the rain without being able to call it rain. We walked into stunning groves where every branch, twig, and square inch of forest floor was moss-lined, giving every step the sense of walking on clouds. And on many branches, the ubi­quitous bromelias. The abundance of water everywhere made it clear why these ecosystems are so important for the sustenance of nearby human populations. This point was hammered home when, coming out of the forest and the mist, we sighted the Chuza reservoir. It is used to generate electricity and to supply 80% of the fresh potable water for the roughly 10 million people who live in the Bogotá metropolitan area. 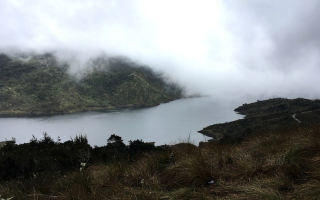 To dry out a bit and to recover from the cold, we took re­fuge in small buildings that house the park rangers, and shared in a simple lunch. Then it was back to sampling, this time heading to our main destination. Arriving at the páramo we were enveloped by a completely different set­ting. The trees quickly gave way to large areas do­mi­na­ted by tussock-forming grasses. But what was most striking were the numerous scatterings of Espeletia or "frailejones" as they are called in Spanish (see Fig. 1. above). Reaching 2 meters in height, these plants lord majestically over the landscape. Members of the sun­flow­er family (Asteraceae), frailejones are characterized by succulent hairy leaves and trunks that be­come covered with "necromass" – accumulated dead and senescent leaves. The necromass col­lects water from passing clouds,which is later released into the soil through the roots. Espeletia thus act as the guardians of the páramo. A close-up view reveals the beauty of frailejones in bloom (Fig. 6. left panel). Unfortunately, for reasons that remain unknown, some of these plants are show­ing signs of systemic disease (Fig. 6. right panel). Studies to describe the Espeletia mi­cro­bio­mes that are being carried out by the Colombian team I was following may some day help ex­plain this mysterious disease. 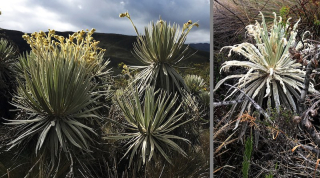 In their last task of the day, the team assiduously col­lec­ted soil and rhizosphere samples from a number of frai­lejones. In the meantime, I had a different task. I was in search of another plant, this one a legume specifically endemic to the Chingaza páramo: Lupinus bogotensis. There are at least 200 species in the genus Lupinus. As legumes, they form symbioses with nodule-forming rhi­zobia for the purpose of nitrogen fixation. After a short search I did find a cluster of these flowering plants along the road. After carefully removing the plants from the soil the exposed roots revealed the prize – large beautiful nodules. Will the rhizobia we find in symbiosis with this endemic plant reveal any features re­flec­tive of the unusual environment? Will these rhizobia show any signs of faster evolution relative to those that establish symbioses with other species of Lupinus? Clearly, many more samplings and analyses will have to be performed before we know the answers to these questions. But, for now, the search for the samples, just exploring in this remarkable habitat, was as exciting as the results that will be forthcoming. I could not have felt more elated, as I wandered in this spectacular and little known part of our world. 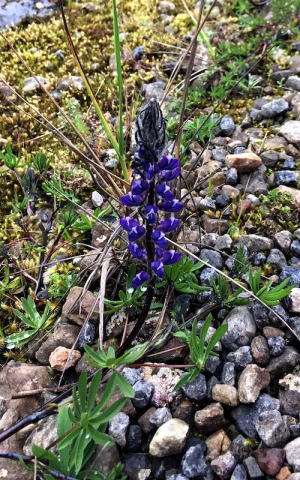 [1] The locals were María Mercedes Zambrano, scientific di­rec­tor of the Bogotá-based research institute Corpogen, along with three of her associates, Juan Anzola, Leonardo Posada, Dayana Calderón, and Juan Chirivi from Universidad de los Andes and David Hernández from Chingaza Park. On this trip they were joined by Jörg Overmann, director of the Leibniz-Institute Ger­man Collection of Microorganisms and Cell Cultures