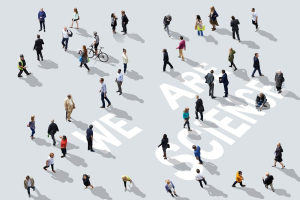 In the days following the recent general election in the United States, more than 2,000 scientists signed an open let­ter addressed to President-Elect Trump and the 115th Congress. The letter addresses issues of great relevance to the scientific community and thus we believe that our readers will be interested in its full text (reprinted below). A discussion of the letter and a full list of the signers can be found in the website of the Union of Concerned Sci­en­tists.

Science and the Public Interest

An Open Letter to President-Elect Trump and the 115th Congress

Scientific knowledge has played a critical role in making the United States a powerful and pros­per­ous nation and improving the health and well-being of Americans and people around the world. From disease outbreaks to climate change to national security to technology innovation, people benefit when our nation’s policies are informed by science unfettered by inappropriate political or corporate influence.

To build on this legacy and extend the benefits of science to all people, including Americans who have been left behind, the federal government must support and rely on science as a key input for crafting public policy. Policy makers and the public alike require access to high-quality scientific in­formation to serve the public interest. There are several actions Congress and the Trump ad­min­is­tra­tion should take to strengthen the role that science plays in policy making.

First, creating a strong and open culture of science begins at the top. Federal agencies should be led by officials with demonstrated track records of respecting science as a critical component of decision making. Further, recognizing that diversity makes science stronger, administration of­fi­cials should welcome and encourage all scientists regardless of religious background, race, gen­der, or sexual orientation.

Second, Congress and the Trump administration should ensure our nation’s bedrock public health and environmental laws – such as the Clean Air Act and the Endangered Species Act – retain a strong scientific foundation, and that agencies are able to freely collect and draw upon scientific data to effectively carry out statutory responsibilities established by these laws. They should also safeguard the independence of those outside the government who provide scientific advice.

Third, Congress and the Trump administration should adhere to high standards of scientific in­te­gri­ty and independence in responding to current and emerging public health and environmental threats. Decision makers and the public need to know what the best-available scientific evidence is, not what vested interests might wish it to be. Federally funded scientists must be able to de­ve­lop and share their findings free from censorship or manipulation based on politics or ideology. These scientists should, without fear of reprisal or retaliation, have the freedom and responsibility to:

Finally, Congress and the Trump administration should provide adequate resources to enable sci­en­tists to conduct research in the public interest and effectively and transparently carry out their agencies’ missions. The consequences are real: without this investment, children will be more vul­ne­rable to lead poisoning, more people will be exposed to unsafe drugs and medical devices, and we will be less prepared to limit the impacts of increasing extreme weather and rising seas.

These steps are necessary to create a thriving scientific enterprise that will strengthen our de­mo­cra­cy and bring the full fruits of science to all Americans and the world. The scientific community is fully prepared to constructively engage with and closely monitor the actions of the Trump ad­mi­ni­s­tra­tion and Congress. We will continue to champion efforts that strengthen the role of science in policy making and stand ready to hold accountable any who might seek to undermine it.

For the complete list of over 2,300 signers, please see here (PDF)