« Microbial Reading Roundup | Main | Do bacterial species really exist and why should we care? »

The Ecology of Louis Pasteur

Pasteur is as close to being the father of our science as it gets, with Robert Koch a close contender. Both made fundamental contributions, best remembered for their elucidation of the microbial origin of infectious diseases. The two came to it from rather different points of view and the con­trast between them is illuminating. Pasteur was a chemist, deeply rooted in crystallography and the importance of chemical molecules in all biological transactions. Koch was a physician whose Weltanschauung impelled him to provide diagnosis and treatment of infectious diseases. In sim­plis­tic terms, Pasteur's Vision du Monde saw bacteria as members of the biosphere, Koch's as agents of disease in humans and other animals. It follows that Koch declared pure cultures to be the operational standard, whereas Pasteur's drew him to their natural habitats. This led to difficult interactions between the two, exacerbated by their national origins. A fair description of their thorny dealings can be found in a fine article by Agnès Ullmann. 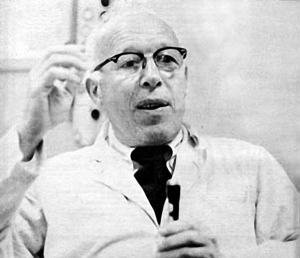 For about the first half of the 20th century, the study of bacteria was largely carried out using laboratory media and on pure cultures. One could say that Koch prevailed. This despite nearly astonishing contributions to microbial ecology by figures like Winogradsky and Beijerinck, to name just two. But for a long time, the two approaches remained quite distinct. Two cultures, if you permit the pun. However, the last 50 or so years are characterized by a blending of the two attitudes. Nowadays, pathogenic microbiology is considered to be a branch of microbial ecology and laboratory cultures a useful and often es­sen­tial artifact, but an artifact nevertheless. Modern tech­ni­ques have allowed to study pathogens in their hosts and environmental microbes in their environment. Notice how close the two fields have gotten. Both Pasteur and Koch won their battles.

In this spirit, it is useful to re-visit Pasteur's thinking. Fortunately, we have an illuminating article by René Dubos, who carried the torch of the environmental approach into the study of infection. I found this writing highly enlightening and hope that you will too.