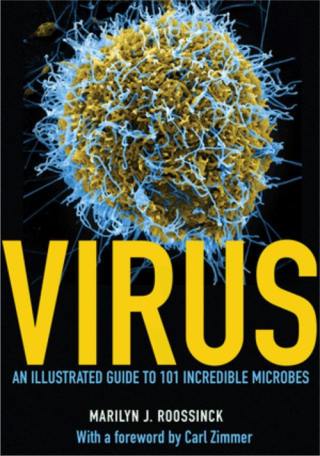 Who isn't intrigued by viruses? Capable of wiping out entire populations, causing epidemics of biblical proportions, and wrecking crops, viruses entered the consciousness of humans because of their destructive potential. Too tiny to be seen, they were born from Koch's postulates, at first existing only in the imaginations of their early discoverers, such as Beijerinck, Ivanovsky, Twort, and d'Herelle. In the 1940s, electron micrographs revealed the first shadowy images of bacteriophage particles, and the eeriness of their outlines encouraged dread and captured the imagination of those who saw them.

One of the outcomes of the sequencing revolution is the ability to survey viruses in their natural habitats. This ability has led to an appreciation for the vast numbers of viruses, somewhere around 1031 particles on the planet, far outnumbering any other entity with a genome! This wider scope on viruses has led to a rehabilitation of sorts of their reputation. With the denominator at such an astronomical value, pathogenic viruses have lost their role as representatives of the larger virus world. Regardless of where you stand in the debate on whether they are "alive" or just lucky pieces of code, Roossinck's book brings these intriguing entities to life. This book is an attempt to overhaul the bad reputation of viruses and present them instead as an integral part of the web of life. This is not a clinician's book of viruses, but a naturalist's. The book has the feel of a survey of exotic fishes, or birds, each lovingly described from a naturalist's appreciative eye.

The first section introduces the reader to the fundamental aspects of virus classification, biology, and host immune systems. Before diving into the dry but necessary task of explaining classification, Roossinck makes sure that the reader's appetite is well whet, by giving a brief history of the field. She includes a timeline of virology spanning the discovery of Tobacco mosaic virus in the 1890s to the recent Ebola outbreaks. She also gives a sampling of areas where there is still debate, such as whether viruses should occupy a branch on the "tree of life". With an economy of words, Roossinck manages to touch upon all the most interesting facets of viruses and their relationships with their hosts. In her description of the Baltimore system of virus taxonomy, for example, Roossinck highlights the fact that the wide range of genome types of viruses compared to cellular creatures, which all have double-stranded DNA genomes, is more than just a classification challenge. Indeed, such genome type diversity is likely connected with the deep roots of viruses, which probably were present from the earliest days of the evolution of cellular life forms. Simple, page-and-a-half illustrations depict the replication strategies of each virus group, accompanied by a few sentences to clarify the main points.

Essentials of the viral lifestyle, such as packaging, transmission, and the need to coexist with the host, which requires a truce of sorts to be reached with the host immune system, finish up the introductory section. Immunology can be a daunting subject to many molecular biologists, but in just a few pages and in a clear and concise manner, Roossinck outlines the basics of innate and acquired immunity and their various forms in animals, plants, fungi, bacteria, and archaea.

The historical context and biological framework with which Roossinck supplies the reader serve as a sturdy launch-pad from which to start the foray into the world of 101 individual viruses. She organizes these viruses by the predominant host, noting that many of the viruses have more than one host species. Beginning with viruses of humans, and presenting in alphabetical order, she touches upon many of the best-known, along with what she finds the most interesting, examples. Each entry includes a header that lists the group, order, family, and genus, along with the genome structure, hosts, geographic distribution, associated diseases, mechanism of transmission, and any vaccine that exists, making for an excellent quick reference.

A particularly charming feature is the addition of two or three taglines to each virus to make it memorable. For example, for Sin Nombre virus, Rossinck has added the taglines, "A virus jumping from mice to humans", and "A dead-end infection in humans"; and for mumps virus, "A normal part of childhood past", and "Controlled by immunization." Flipping over to acidianus two-tailed virus — a virus that infects archaea and was introduced to STC readers a few years back by Merry — we see the taglines "A virus from acidic hot springs with a unique shape," and "The only virus to grow outside of a cell." I found myself wanting to make flashcards, or card sets modeled after baseball cards, to exchange with my friends! 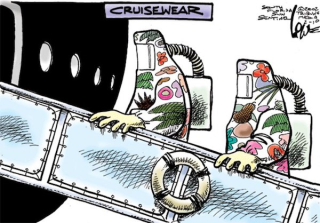 Another charming feature is Roossinck's fairly equal treatment of viruses of non-human hosts. The book includes about 20 viruses each from humans, animals, and plants; 10 viruses from invertebrates and 10 from fungi and protist; and 15 viruses of bacteria and archaea. An example of Roossinck's quest to present viruses as more than pathogens is illustrated by the entry on Norwalk virus (Norovirus), which strikes fear into every cruise-goer's gut. She points out that in laboratory mice that have been raised with no gut bacteria, Norwalk virus can provide some of the beneficial effects to the gut architecture and immune system that normally are supplied by the bacteria.

And then there are the illustrations accompanying each entry, showing the particle, or "virion," associated with each virus. The virion serves as the vehicle in which the virus genome journeys from host to host. These pictures inspire awe, reminding us that the many characters in this book are very real. What would their early discoverers have thought upon encountering these EM images that finally reveal what had previously only existed in their imaginations?

This book is appropriate for an introductory course for undergrads, for friends and family of virologists, or for anyone who is intrigued by the abundance and diversity of these enigmatic denizens of the planet.