From Polenta to Peptone 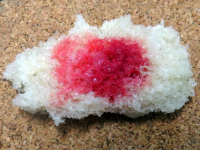 by Ananya Sen | In the fall of 1918, the Italian chemist and pharmacist Bartolomeo Bizio studied the common occurence of polenta (corn meal mush) sometimes taking on a "brilliant red color." The red color was believed by the populace to be blood, and thus a miraculous portent. For many decades, farmers had lived in fear of this "bloody polenta" and... Read more →

On the planet Krypton there are no lysogenic phages, only lytic ones. How does their planetary microbiome differ from ours? Read more →

by Jamie Henzy | Who isn't intrigued by viruses? Capable of wiping out entire populations, causing epidemics of biblical proportions, and wrecking crops, viruses entered the consciousness of humans because of their destructive potential. Too tiny to be seen, they were born from Koch's postulates, at first existing only in the imaginations of their early discoverers, such as Beijerinck, Ivanovsky, Twort, and d'Herelle. In the 1940s, electron micrographs revealed the first shadowy images of bacteriophage particles, and the eeriness of their outlines encouraged dread and captured the imagination of those who saw them. Read more →

by Elio | I get an almost visceral enjoyment from pieces on historical tidbits, especially when their target deals with an exceptional insight. Paradoxically, the more centrally important such breakthrough is, the more it tends to become submerged in the canon of current knowledge. I have called this the 'Magasanik paradox', after the notable scientist who pointed out this fact. Luckily, the Journal of Bacteriology comes to the rescue... Read more →

Sex and the Single Pillbug

by Elio | You may not think of sex as having a microbial basis, but it does. That is true for many invertebrates that are colonized by the endosymbiotic bacterium Wolbachia. Members of this genus are pro­bably the most common obligate intracellular bacteria on Earth and, for reasons discussed below, among the most remarkable ones. They infect half or more of all insects, as well as isopods (crustaceans), spi­ders, and even worms. In some of their hosts, they influence how sex is determined, making sex itself a sexually-transmitted affair. Read more →

by Vincent Racaniello | Bacteria do not develop transmissible spongi­form encephalopathies, but they have been found to produce prions – proteins that can adopt alternative conformations with different functions... Read more → 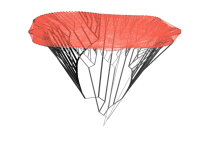 by Christoph Weigel | If biology would have to rely solely on homology studies to understand HGT (as described in the first two parts of this series ) even the most startling cases could be dismissed as just-so stories, as highly improbable 'accidents' in the past, or even as flaws of statistical analyses (for example faulty parameter settings). Fortunately, HGT can be... Read more → 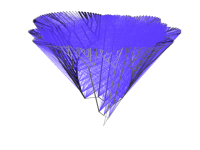 by Christoph Weigel | The concept that bacteriophages are HGT agents is old hat, a 90-year-old hat to be precise. I men­tion just two well‑stud­ied cases: the nasty symptoms of cholera and of ba­cillary dysentery in hu­mans are triggered by toxins produced by the causative bacteria, Vibrio cholerae and Shigella dys­enteriae, respectively. Yet in both cas­es the genes for toxin synthesis are... Read more →

TWiM #144: Did eukaryotes invent anything?

How changes in domestic laundering affect the removal of microorganisms, and assembly of a nucleus-like structure during viral replication in bacteria. Read more →