« Sex and the Single Pillbug | Main | A naturalist's book of viruses » 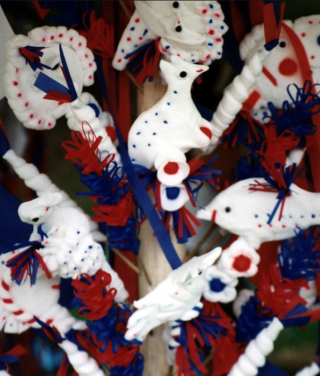 Figure 1. To spotlight Fred Neidhardt's essay "Bac­teri­al Growth: Constant Obsession with dN/dt" this image was selected as the cover of the issue of Journal of Bacteriology where the essay appeared. The image is of traditional Co­lombian candy shaped as living forms yet made simply with salts and sugar. As a child might ob­sess over candy, Fred said he obsessed over "the processes that form living matter from salts and sugar." Source

I get an almost visceral enjoyment from pieces on his­to­ri­cal tidbits, especially when their target deals with an ex­cep­tio­nal insight. Paradoxically, the more centrally im­por­tant such breakthrough is, the more it tends to become submerged in the canon of current knowledge. I have called this the 'Magasanik paradox' (see here), after the no­table scientist who pointed out this fact. Luckily, the Journal of Bacteriology comes to the rescue. Its 'Classic Spotlight' is a section devoted to historical reminiscences that features early discoveries of note. I love it.

In the Classic Spotlight of the February 2017 issue, Victor DiRita reminisces about the late Fred Neidhardt, who earned a place of great distinction in the field of bacterial growth physiology for participating in early discoveries that reveled how the growth rate of bacterial cells dic­tates their overall macromolecular composition. (We ce­lebrated his life recently here and here). In a piece of ex­quisite elegance, Neidhardt bared his inner thoughts, nay, his feelings, about that miracle of miracles, the growth of cells in culture. Entitled Bacterial Growth: Con­stant Obsession with dN/dt, this essay explains how this simple relationship between the number of growing cells and time shaped his career. In Fred's own words "I fol­lowed my intense curiosity (read obsession) about the processes that form living matter from salts and sugar." (Fig. 1) I don't know what makes this piece so outstanding, the clarity of his exposition or the beauty of the language. Obviously, both.

DiRita’s piece is about one of Neidhardt’s perhaps less known sallies, one into determining the rate of growth of Salmonella enterica var. Typhimurium in macrophages. Not a trivial question, it turns out. Simply counting the number of bacteria with time gives you an average value that con­ceals the fact that the population may not be homogenous, with some cells growing fast, others slowly or not at all. But clocks to measure the growth rate across a heterogeneous population do not grow on trees. The Neidhardt lab had developed one. As DiRita writes: The ribosomal protein L7 is the acetylated form of another ribosomal protein, L12. The conversion rate of L12 to L7 by acetylation does not keep up with the overall rate of accumulation of the absolute levels of the proteins, which varies directly with the growth rate, so changes in detectable L12 protein levels as a fraction of the total L12/L7 protein can be used to clock relative cellular growth rates in different conditions. So, measuring the ratio of L12 to L7 provides a clock. Since the use of 2-D gels to de­ter­mine protein content had been pioneered in that lab, such measurements were a snap.

The results showed that individual salmonellae do indeed have a mind of their own, some growing fast, others not growing at the time. The paper, by Abshire and Neidhardt, is found here. Again, DiRita: They noted that their work supported an earlier, also now-classic, study by Nancy Buch­mei­er and Fred Heffron, published in another ASM journal, Infection and Immunity, which used elec­tron microscopy to observe that Salmonella was parceled in two different macrophage com­part­ments: some cells were in phagosomes and could be seen dividing, and others were in pha­go­ly­so­somes and were not seen dividing. Click here for this paper. Further studies confirmed the he­te­ro­ge­neous character of intracellular infection, which leads to the establishment of those some­what enigmatic cells that are all the rage these days, the persisters (for a review, see here).

Let me reflect for a moment on the jump that Neidhardt made from traditional bacterial growth physiology to pathogenesis. Obviously, the study of microbial virulence demands an un­der­stand­ing of what the pathogens do, yet for a long time bacterial physiologists – me included – kept a re­la­tive distance from studies of how bacteria cause disease. How come? Until the late decades of the 20th century, microbiology in Academia was relatively compartmentalized. Even if pathogenic mi­cro­biologists and bacterial physiologists lived under the same roof, they seemed to have little in common. Perhaps this was because there were plenty of low-hanging fruits to be gathered in the physiology orchard, so why bother to look elsewhere? But by the time Neidhardt’s lab had done their work, the attitude had changed pointedly. I know that my friend Fred was proud of having made this contribution across the old divide.