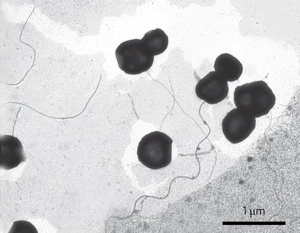 Best I can tell, methanogenesis remains a purview of the Archaea. Bacteria are still not known to do it and plants emit methane but apparently by recycling it from the at­mosphere. We asked why this is in an early Talmudic Question (see here), which elicited some truly interesting comments. Some of which led Bill Martin into asking a whole raft of related questions, for example "How is it possible that methanogens require help from chemi­os­mosis in order to generate a proton gradient? Related: why don't they make acetate from H2 and CO2 ?". Per­haps some of these questions have been answered by now and have graduated from the Talmudic class. 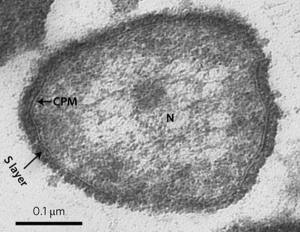 Figure 2. Thin section of a cell of one of the hypersaline lake strains. Source

But let me stop digressing. The news is that an in­ter­na­tio­nal group of investigators have isolated novel me­tha­no­ge­nic lineages of halophilic archaea. To find them, the re­searchers sampled hypersaline soda lakes and neutral lakes in southeastern Siberia and southern Russia. They found two kinds of methanogenic strains that are phy­lo­ge­ne­ti­cal­ly close to the halophilic archaea. One reason for the excitement is that halophilic archaea have been thought to come from the methanogens. The phylogeny of these new organisms adds to the plausibility of the notion. 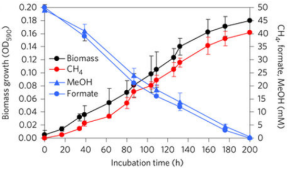 To isolate these strains, the workers grew samples in the presence of methane precursors such as a duo of for­ma­te and either methanol or trimethylamine, which are used in the methyl-reducing pathway, one of the three known for methanogenesis. They tried to imitate the provenance site by adding 4 M salt, using pH 7.0 for samples from neutral lakes and pH 9.5 – 10 for soda lake samples, and temperatures of 48 – 55°C. The cells are small motile cocci surrounded by a single layer cell wall. One unusual characteristic of these organisms is that they do not appear to protect themselves from the high osmotic pressure by storing organic osmolytes, but, rather, by accumulating a high intracellular potassium concentration.

The two isolates seem to have arisen early in the history of the archaea, as they belong to deep branches of the Euryarchaeota. They have been tentatively named the 'Methanonatroarchaea'. Details of a good many ecological (for example, salt adaptation), physiological, and comparative genomic facts are provided. The paper is unusual in that its 12 authors represent 6 different countries, with Eugene Koonin at the rear.