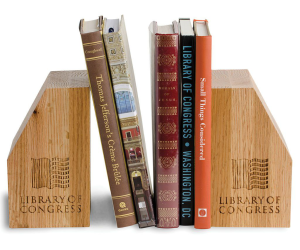 From the Library of Congress Shop (modified). Frontpage: Photo Credit Unhindered by Talent

Readers may be interested in learning that STC is being archived at the Library of Congress, thus its contents will be available in perpetuity (what will people make of it in the future? ). We are told that STC enjoys "active col­lec­tion status." Its web archives are available here. STC has been also archived as part of the Wayback Machine (whatever that is ) and is available here. Don't worry, we don't feel immortal. Not yet.

Techniques And the Likes

Breaking the Oxygen Barrier in Microbial Cultivation Jesse McNichol, a postdoc at the Chine­se University of Hong Kong, introduces us to a 'quasi-uni­ver­sal' medium’ that supports the growth of both aerobes and anaerobes. One of the tricks? Autocla ve the P and N sources separately, oth­er­wise they make harmful ROS's. Jesse further discusses the interesting background to this story.

All Quiet on the Bacterial Front – The Evolution of Sterilization Techniques   Ananya Sen, a graduate student at U. of Illinois at Urbana-Champaign delivers a romp through the ages on the many ways used to preserve foodstuff and sterilize material.

From Polenta to Peptone   Ananya deals once again with microbiological techniques, this time the variety of media used to differentiate and select different bacteria. The title alone should make you wonder.

Pictures Considered #43. The Sinking of René Descartes?   Christoph presents a new way to display data. Instead of a 2D graph, try a circle. It makes looking at big data downright pleasant.

Persistence Persists   The life of our late friend Fred Neidhardt is celebrated by his erstwhile col­league Vic DeRita, who explains one of his less known contributions, this one on the physiology of salmonellae growing intracellularly. Fiendishly clever measurements were used. 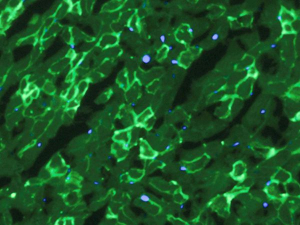 The genome editing method CRISPR restored production of the protein dystrophin (light green) to muscle cells in mice with a mutation in its gene. Source

On the Discovery of CRISPR – An Interview   Roberto interviewed the Spanish investigator Francisco Mojica, one of the discoverers of CRISPR. The story has some fascinating twists that deserve to be more widely known.

Why Did Jacques Monod Not Become Ole Maaløe   A funny question, asked by Elio. Monod made gene ex­pres­sion understandable, Maaløe made sense of the phy­si­o­lo­gy of bacterial growth. But Jaques Monod had started as a growth physiologist, so, why did he not follow up on that? Elio thinks he knows why.

Brudziński: On his Contribution to Early Bacteriology   Piotr Polaczek, a microbiologist at Caltech, talks moving­ly about his great-grandfather, a Polish scientist who in the early days was deeply involved in what are now called probiotics.

The Ecology of Louis Pasteur   Pasteur could be considered the earliest microbial ecologist, some­thing that is overlooked. Elio explains briefly.

Tales of Mystery and Imagination   ...in two parts. Fellow blogger Daniel delves into the arcana of the Planctomycetes, especially with regards to their nonconformist cell envelopes plus a detour through their mode of chromosome replication – click here for #1, here for #2. Yes, Virginia, they do make peptidoglycan.

On Shape   We reprinted a most enlightening article on the meaning of the multitude of bacterial shapes by Manuel Sánchez. It was first published in his blog, Curiosidades de la Microbiología.

Prions in bacteria   Reprinted here is an article on the fairly recent finding of prions where one would not expect them. Vincent Racaniello wrote this for his Virology blog and we discussed it in episode 144 of the podcast 'This Week in Microbiology' (TWiM).

Feeding on Plastic   Sabrina Fitzgerald, a student in Daniel's Canisius College, writes about a group of bacteria that are capable of degrading polyethylene. In view of the massive accumulation of plas­tics in the ocean, this just may be of some help. 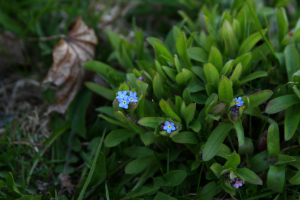 Island Stories and Venus's Hair   Christoph’s favorite is­lands are the Canaries, so it's not surprising that he takes on a tour of one of them, El Hierro. Not only does this one have a fascinating geological, biological, and even human history, but of recent it sports a somewhat unique un­der­wa­ter volcano that is covered by microbial mats called 'Ve­nus’ hair'. The lady's mane, it turns out, is a a complex as­semblage of many bacterial species that Christoph likens to dental plaque. Great microgeography!

Staying Safe in Space   Fellow blogger Jennifer Tsang (see her at The Microbial Menagerie ) discusses possible microbial contamination in space and so­me of its possible consequences. Yes, it pays to be careful.

Relieving the Pressure: An Out of this World Discovery   Mike Delmont, a graduate of Daniel's Canisius College, asks whether conditions on Mars could support 'methanogenic life'. The answer is a resounding maybe.

Making Genes from Scratch? Eukaryotes do   Christoph presents a trilogy on the question of the genesis of new gene (neogenogenesis?). After generously explaining what we mean by genes, he tells us how a new one arose in yeast and deals with some of its quirks.

Making Genes from Scratch? Prokaryotes not so much...   Now, can you find novel genes in proks? Horizontal transfer provides new genes to a species, but the genes themselves are not new. So, do they make new genes from scratch? In proks, not that frequently, he says.

Making Genes from Scratch? Prokaryotes do too, after all   Now that you think you know the answer, Christoph probes into the intricate choreography between bacteria and their prophages and concludes that new genes do happen here, albeit infrequently and over a long span of time. Such newly evolved genes better fit in the cell's physiology.

Do bacterial species really exist and why should we care?   Kostas Konstantinidis and Roberto tackle this most intractable of subjects. Don't look here for an answer you can take to the bank, but relish in a lively consideration of how to think about it. It will help.

Un Tour d'Horizon (1/3)   Everybody talks about horizontal gene transfer (HGT) but a critical treat­ment is highly desirable. Christoph discusses HGT frequency and consequences. To whet your ap­petite, here he discusses a paper that says: "at least 81±15% of the genes in each genome studied were involved in lateral gene transfer at some point in their history".

Un Tour d'Horizon (2/3)   Along the Banks of the Helicase River is the subtitle of this post, where­in Christoph says that the E.coli helicase loader, operating in the earliest steps of DNA replication, has a phage origin, which seems like a bit of a surprise. HGT has wrought its deed at the heart of the bacterial cell.

Un Tour d'Horizon (3/3)   The subtitle 'HGT as it Happens' tells you that it is not just a genomicist's plaything. It actually occurs in natural situations that are amenable to study. For a typical genome, one successful transfer takes place roughly every 7000 years.

Fungi, The Tillers   Fungi were likely involved in the colonization of land by plants, some 500 mil­lion years ago. They may have done so by stabilizing the soil. 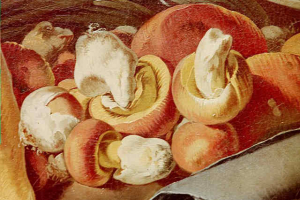 Making Like a Flower   The preoccupation of fungi with ensuring that their spores are spread abroad is ex­em­pli­fi­ed by their ability to change terminal leaves of some plants into what look like flowers. Pollinating insects are readily fooled.

Fine Reading: Unearthing the Roots of Ec­to­my­cor­rhiz­al Symbioses   Elio discusses an especially well-written pri­mer on this subject of key importance to our bio­sphere.

Did the Neanderthals Eat Mushrooms?   A recent re­port of DNA obtained from the tartar of Neanderthal teeth revealed some sequences corresponding to tiny mushrooms. For a couple of reasons, Elio isn't sure that proves that our cousins were mycophagists.

Meet the Xenophyophores!   We reprinted a piece on these fascinating plate sized protists from a blog by Chris Mah, The Echioblog. They live in the depths of the ocean.

A Naturalist's Book of Viruses   Fellow blogger Jamie Henzy reviews a book on viruses by M.J. Rossnink. She liked it.

A Whiff of Taxonomy – Pseudoalteromonas   We resurrect this section, which we have neglected recently. This genus is important in marine ecology and for making a raft of bioactive compounds.

Teach to Teach   Elio muses about how little help he got when he started to teach and applauds current efforts to remedy that.

If You Were a Carpenter Ant   Roberto discusses two papers on the 'summit disease', the urge of fungi-parasitized insects to climb aloft a plant. One is on the relevant metabolites made by fungi in this process, the other on the transcriptomics of the situation. Many things change, including an up­tick in the transcription of many fungal biosynthetic genes and a downregulation of immune gene expression in the insect. 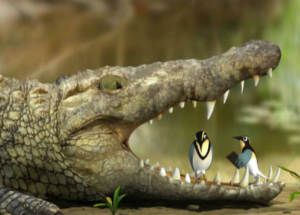 A Snippet ‒ The Fluke of the Eye   How parasites mani­pu­la­te the behavior of their host is nothing short of as­ton­ish%shy;ing. Here is an example of a fluke in the eye of the rainbow trout. When the fluke has reached the right stage in its life cycle, it makes the fish easier to be eaten by birds, which is where its life cycle can be com­ple­te.

Sex and the Single Pillbug   Elio loves wolbachias. Who doesn't? Except some of the infected insects, pillbugs he­re included. Feminization is the word. As Elio says:"To the adage that 'germs cause disease', we can add 'germs chan­ge sex.' Go tell that to your grandkids."